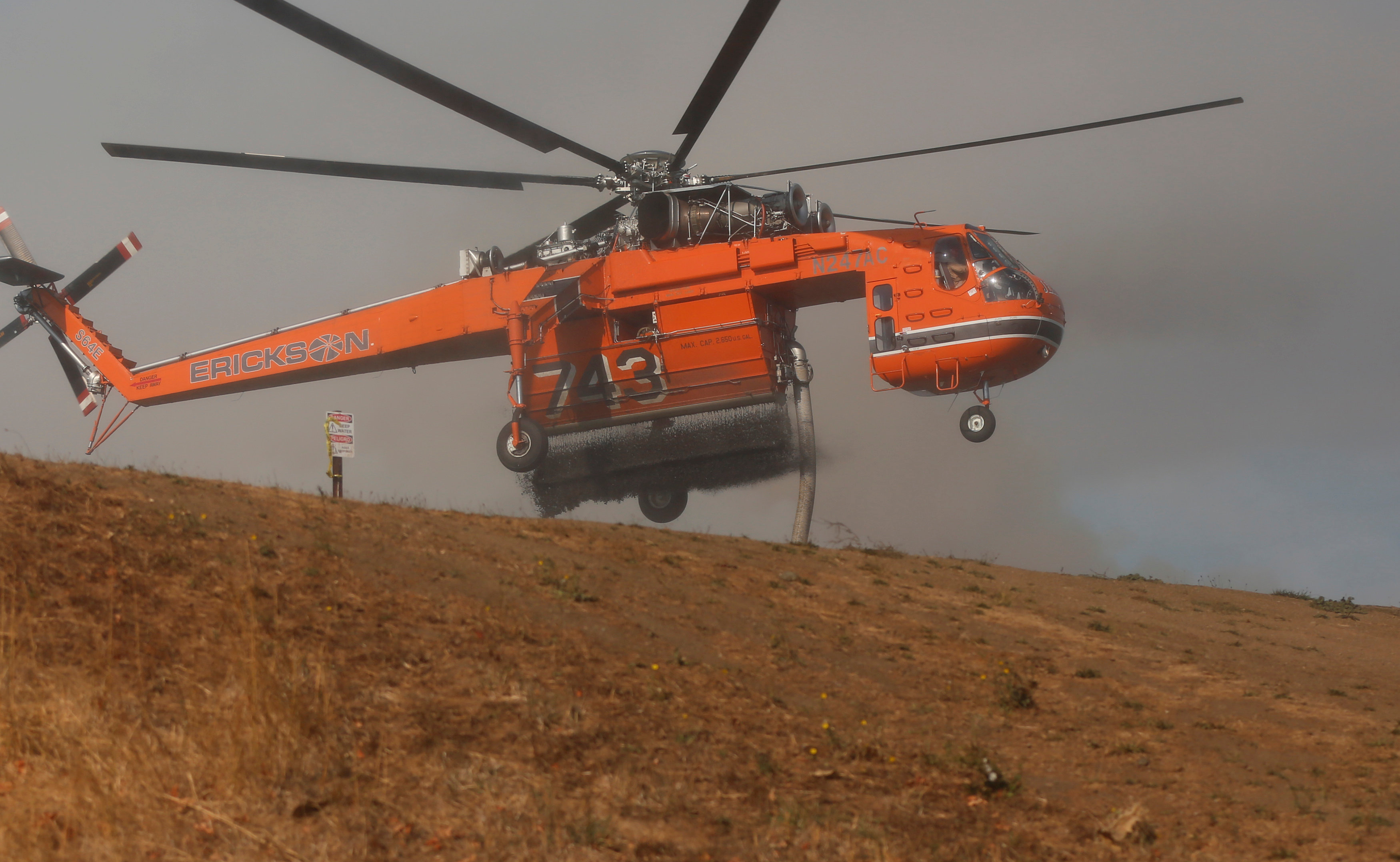 Santa Rosa: More evacuees were expected to return home on Tuesday in Northern California where the state's deadliest wildfires have killed at least 41 people and destroyed thousands of homes.
Officials said they expected the death toll to rise as 88 people were unaccounted for in Sonoma County alone and search-and-rescue teams combed through gutted homes looking for bodies.
Lighter winds have allowed the 11,000 firefighters battling the flames, which have consumed more than 213,000 acres (86,200 hectares), to gain control of two of the deadliest fires in wine country's Napa and Sonoma counties.
The Tubbs fire was 75 per cent contained and the Atlas fire 70 per cent contained on Monday night, said Cal Fire, the state's firefighting agency, which was hopeful the blazes would be fully contained by Friday.
Tens of thousands of people who fled the flames in Sonoma County and elsewhere have been allowed to return home, with about 40,000 still displaced.
Daniel Mufson, 74, a retired pharmaceutical executive and one of scores of Napa Valley residents who lost their homes in the fires, described his sense of bewilderment.
"Now we’re just trying to figure out what the next steps are. We’re staying with friends, and dealing with the issues of dealing with insurance companies and getting things cleaned up," Mufson, president of a community-activist coalition called Napa Vision 2050, told Reuters.
At least 5,700 homes and businesses have been destroyed by the wildfires that erupted a week ago and consumed an area larger than that of New York City. Entire neighborhoods in the city of Santa Rosa were reduced to ashes.
The wildfires are California's deadliest on record, surpassing the 29 deaths from the Griffith Park fire of 1933 in Los Angeles.
Most of the 1,863 people so far listed in missing-persons reports have turned up safe, including many evacuees who failed to alert authorities after fleeing their homes.
Hopes for victims known to have been in the direct path of the flames will dwindle as each day passes, Sonoma County Sheriff Robert Giordano said on Monday.
About 30 vintners sustained some level of fire damage to wine-making facilities, vineyards, tasting rooms or other assets, the Napa Valley Vintners association said. But only about a half dozen reported significant losses, spokeswoman Patsy McGaughy said.
Vineyards, which mainly occupy the valley floor, appear to have been largely unscathed as the fires in Napa County burned mainly in the hillsides, McGaughy said. About 90 percent of Napa's grape harvest had been picked and escaped potential exposure to smoke that could have tainted the fruit.
Still, the toll taken on the region as a whole has thrown the wine industry into disarray, and McGaughy said the 2017 Napa vintage will likely be smaller than it otherwise would have been.
"This is a human tragedy, there are people who have lost their lives, lost their homes, lost their business," McGaughy said, adding Napa's celebrated viniculture would recover.