Irrfan's 'The Song of Scorpions' lauded at India premiere 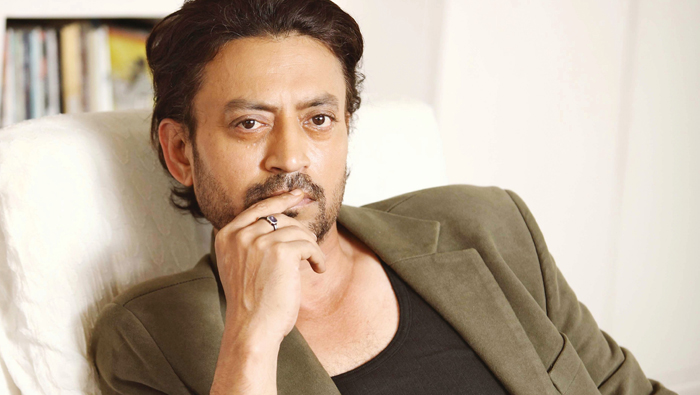 Mumbai: Filmmaker Anup Singh's much awaited "The Song of Scorpions" received a thundering response at its India premiere. The film, featuring Irrfan Khan and Iranian actor Golshifteh Farahan, premiered at the ongoing Jio MAMI 19th Mumbai Film Festival here last evening. According to an ancient myth, the sting of a scorpion in Rajasthan can cause death in less than 24 hours and its only cure is a song sung by a scorpion singer which counters the poison.
Golshifteh plays a healer, learning the art of scorpion singing from her grandmother Zubaida, played by Waheeda Rehman, while Irrfan plays a trader who is smitten by Golshifteh.
"In today's world, there is so much violence around us that people say, with almost every breath that we take, we are
breathing in some kind of poison. To me, our response to the poison is most important.
"For every breath of poison that we take in, do we chose to breathe out poison? Do we return poison to poison, or is there a possibility that we breathe out a song? I hope this film will sing to you, if it doesn't, I hope it'll at least hum," Anup Singh said before the premiere.
The Swiss-French-Singaporean co-production is the second collaboration of Singh and Irrfan after the critically acclaimed "Qissa - The Tale Of A Lonely Ghost".
The film, which had been selected in the Spotlight Category at the festival, saw a packed hall on Sunday and was met with applause by the audience.
Apart from Singh, the Indian premiere was attended by producers Saskia Vischer, Shahaf Peled, cast members Shefali Bhushan, Sara Arjun, Kritika Pande and Rasika Dugal.
"The Song of Scorpions" had its world premiere on the Piazza Grande at the 70th Locarno Film Festival earlier this year.