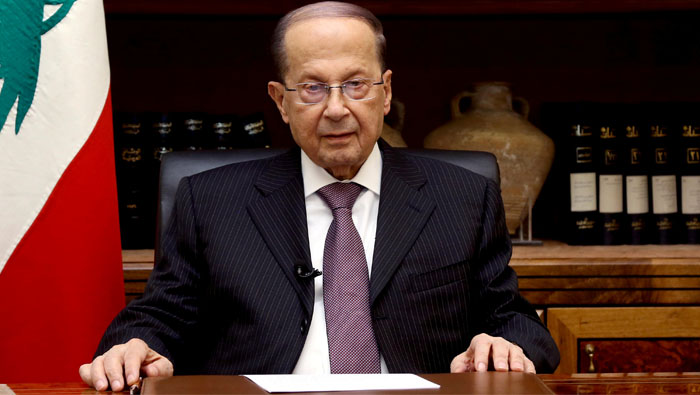 Beirut: Lebanon's president said on Monday his country could no longer cope with hosting huge numbers of Syrian refugees and called on world powers to help them to return to calmer areas of their troubled homeland.
Michel Aoun told international envoys he wanted to work out ways to help refugees return safely to the neighbouring state but he had no plan to force people back to places where they could face persecution.
"My country cannot handle it anymore," Aoun told representatives of the European Union, the Arab League and the five permanent members of the U.N. Security Council at a meeting in Beirut, according to his media office.
More than six years into the Syrian war, 1.5 million Syrians account for one quarter of Lebanon's population and patience is wearing thin with their presence and the strain it has placed on local resources.
As the Syrian government regains control of more territory, calls have increased in Lebanon for Syrians to return home.
Aoun told the envoys there were areas of Syria not currently at war and areas where calm has returned, a media office spokesman said.
"The return of displaced to stable and low-tension areas must be carried out without attaching it to reaching a political solution," the president's Twitter account said, describing what Aoun said in the meeting.
Aoun said it was in the international community's interest to solve the refugee problem so that existing political, economic and social problems in Lebanon did not get out of hand.
Refugees' long-term presence is a particularly sensitive issue for Lebanon.
Lebanese Prime Minister Saad Al Hariri has said there can be no forced return to Syria.
The U.N's refugee agency has said it does not yet consider conditions in Syria conducive for safe refugee returns.