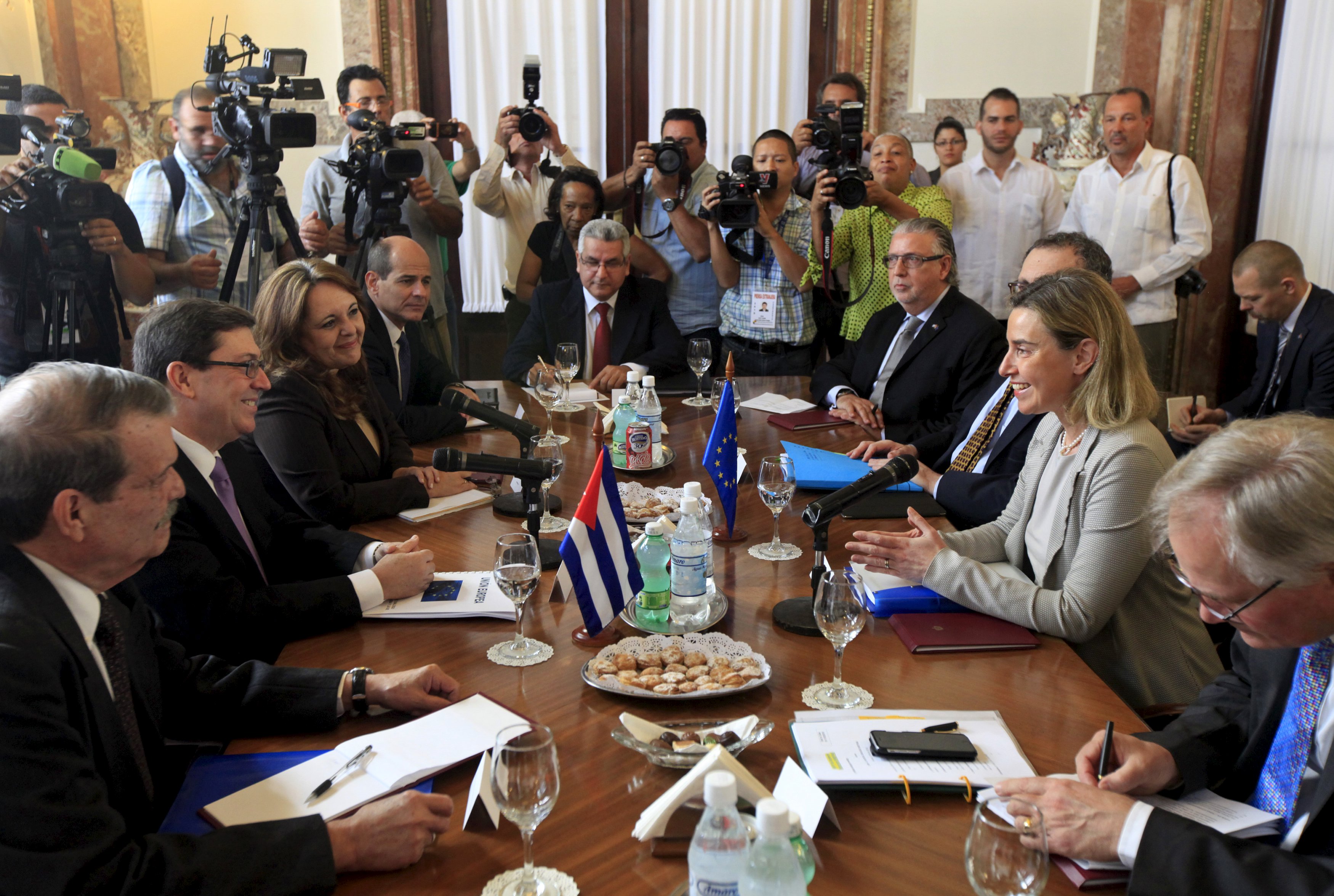 HAVANA: The European Union and Cuba signed an agreement in Havana on Friday to establish normal relations, bringing the Communist-run island further into the international fold and paving the way for full economic cooperation with the 28-member bloc. Cuban Foreign Minister Bruno Rodriguez and EU foreign policy chief Federica Mogherini witnessed the signing of the pact, which will replace a policy imposed by Europe 20 years ago that pushed for changes to Cuba's one-party political system.
"This accord opens a new chapter in the history of relations between the European Union and Cuba," Mogherini said, shortly after EU negotiator Christian Leffler and Cuban deputy foreign minister Abelardo Moreno signed the deal. Rodriguez said the two sides would soon meet to revive a human rights dialogue they started in Brussels last year.
The pact adds to Cuba's rapidly thawing relations with the West since its 2014 detente with the United States and the renegotiation of debt with creditors from the Paris Club of wealthy nations in December.
It comes just days before a visit to Havana by President Barack Obama on March 20, the first by a U.S. president since the victory of Cuba's 1959 revolution.
Days after the visit, rock group the Rolling Stones will play on the island for the first time, and electronic music act Major Lazer this week entertained 400,000 young Cubans on Havana's sea front, the largest ever show by U.S. artists on the island.
Despite the warming relations, Washington retains an economic embargo against Cuba, making it harder for European companies with US business interests to operate on the Caribbean's largest island.
Mogherini railed against those sanctions. "The US embargo is totally obsolete," she said. "The blockade is a measure that belongs to another century. Now the priorities are dialogue and cooperation."
Europe's unilateral "common position," in place since 1996, sought to make Cuba adopt a pluralistic democracy to unlock aid and commerce. Cuba has always rejected pressure to change its political model.
After ex-leader Fidel Castro handed power to his brother Raul in 2006, Cuba cautiously began to open to private enterprise without major political change.
The establishment of ties with Washington has led to a surge of visitors to the island, previously out of bounds for most Americans. The EU deal, which sets parameters for commerce and aid, must now be ratified by EU governments and Cuba. The political dialogue and cooperation agreement took two years to negotiate.
The European Union has similar agreements with all other countries in Latin America and the Caribbean.