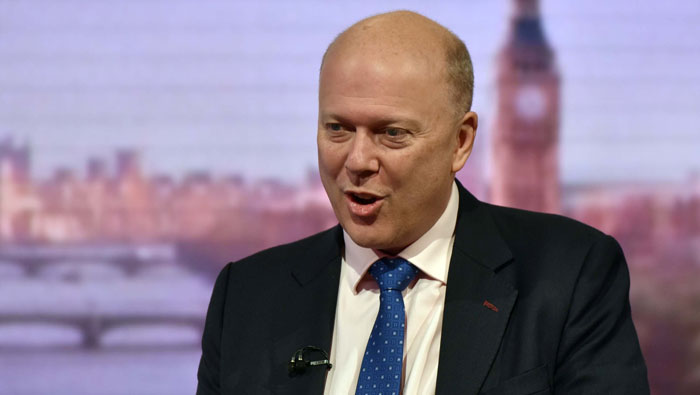 London: British transport minister Chris Grayling said on Sunday he didn't think Britain would leave the European Union without a negotiated deal with the bloc.
Negotiations are deadlocked between Prime Minister Theresa May's government and the EU on securing a divorce settlement and agreement on future relations, raising the prospect that Britain could walk away from talks without a deal.
"I don't think we'll get to that position," Grayling, a leading campaigner for 'Leave' at least year's referendum, told the BBC when asked what the consequences of leaving without a deal would be.
Grayling also said he thought there was no danger of Brexit stopping airlines being able to fly into and out of the country.
He said he believed Britain would end up remaining a member of the European Aviation Safety Agency, which oversees safety legislation.
"I'm of the view that at the end of the negotiations I would expect that to be the case," he said when asked whether Britain would remain a member of the organisation.