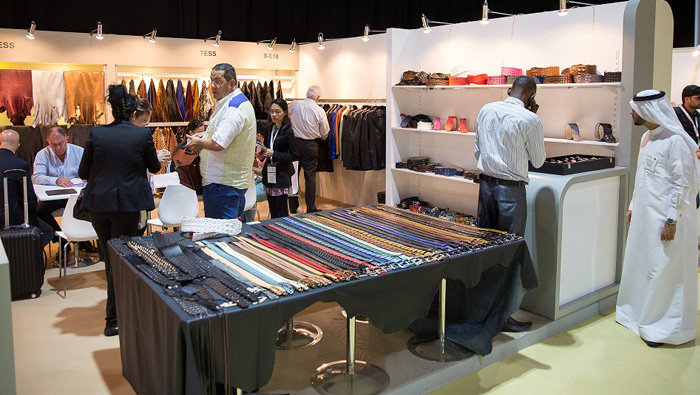 Muscat: International leather makers are training their sights on the Gulf region’s $6 billion leather industry, with several big names already confirming their participation at the Middle East’s only trade show covering the global leather industry’s entire value chain.
The second edition of Leatherworld Middle East will take place from April 26 to 28 at the Dubai International Convention and Exhibition Centre, and will return following a rousing industry response to the inaugural show in May 2015.
More than 125 exhibitors are expected at the three-day event in 2016, all eager to capitalise on the Gulf Cooperation’s leather trade that according to analysts Euromonitor, was valued at $4.09 billion in 2014. That figure includes the import and export of semi-finished and finished leather, accessories, travel goods, handbags and footwear.
The GCC is also a leather manufacturing hub — $1.9 billion worth of dressed leather, luggage, handbags, saddlery, harnesses and footwear were produced in the Gulf region in 2014, with Saudi Arabia ($1.1 billion), the UAE ($468 million), and Qatar ($250 million) the region’s big three leather producers.
Many exhibitors are returning to Leatherworld Middle East 2016 after successful debuts in 2015, headed by Dani, the Italian supplier of sustainable leathers, Indian companies Hidesign, and C&E and UAE-based leather supplier Afriwest. Conceria Superior from Italy headlines the first-time exhibitors taking part in 2016.
All will build on the show’s breakout debut success, where nearly 2,400 trade buyers from 66 countries passed through, while 86 exhibitors from 16 countries showcased their latest wares, from hundreds of variations of animal hides, production machinery and chemicals, to leather handbags, footwear, accessories, and garments.
Ahmed Pauwels, chief executive officer of Messe Frankfurt Middle East, the organiser of Leatherworld Middle East, said: “After three days of busy networking, knowledge sharing, and insights into the latest global leather trends, Leatherworld Middle East 2015 firmly made its mark on the regional and international leather market.”
“The GCC’s $4.09 billion worth of leather imports and exports in 2014, along with $1.9 billion worth of manufacturing capabilities reinforces an ideal backdrop for Leatherworld Middle East to become one of the world’s premier trade and networking platforms.”
Leatherworld Middle East 2016 will have a distinct luxury touch that is synonymous with all things leather-related, and while new business alliances will be forged and the distinct leather smell will permeate the air, it’s the three-day event’s returning features that are set to grab plenty of attention.
The popular Trend Area is among these, where an exclusive range of luxurious global leather innovations and animal hides will be seen for the first time in the region, from stingray skin pouches and laser printed calf hides, to 22-carat gold-embossed alligator skins.
Elsewhere, the UAE’s most talented up-and-coming fashion designers at prestigious fashion institute ESMOD Dubai will showcase their creative talents with an inspiring array of leather garments at Leatherworld Middle East’s Designers’ Area.
Other exclusive product zones include ‘The Shoe Box’, a section dedicated entirely for footwear; and ‘The Fashion Avenue’, where suppliers of high street fashion leather products showcase their high-end leather clothes and accessories.
Leatherworld Middle East encompasses tanneries (semi-finished and finished leather), chemicals, and machinery to finished leather goods, including footwear, bags, wallets, accessories, furniture and everything derived from leather, bringing together industry stakeholders all under one roof.