Bidding farewell to 'the people's king' 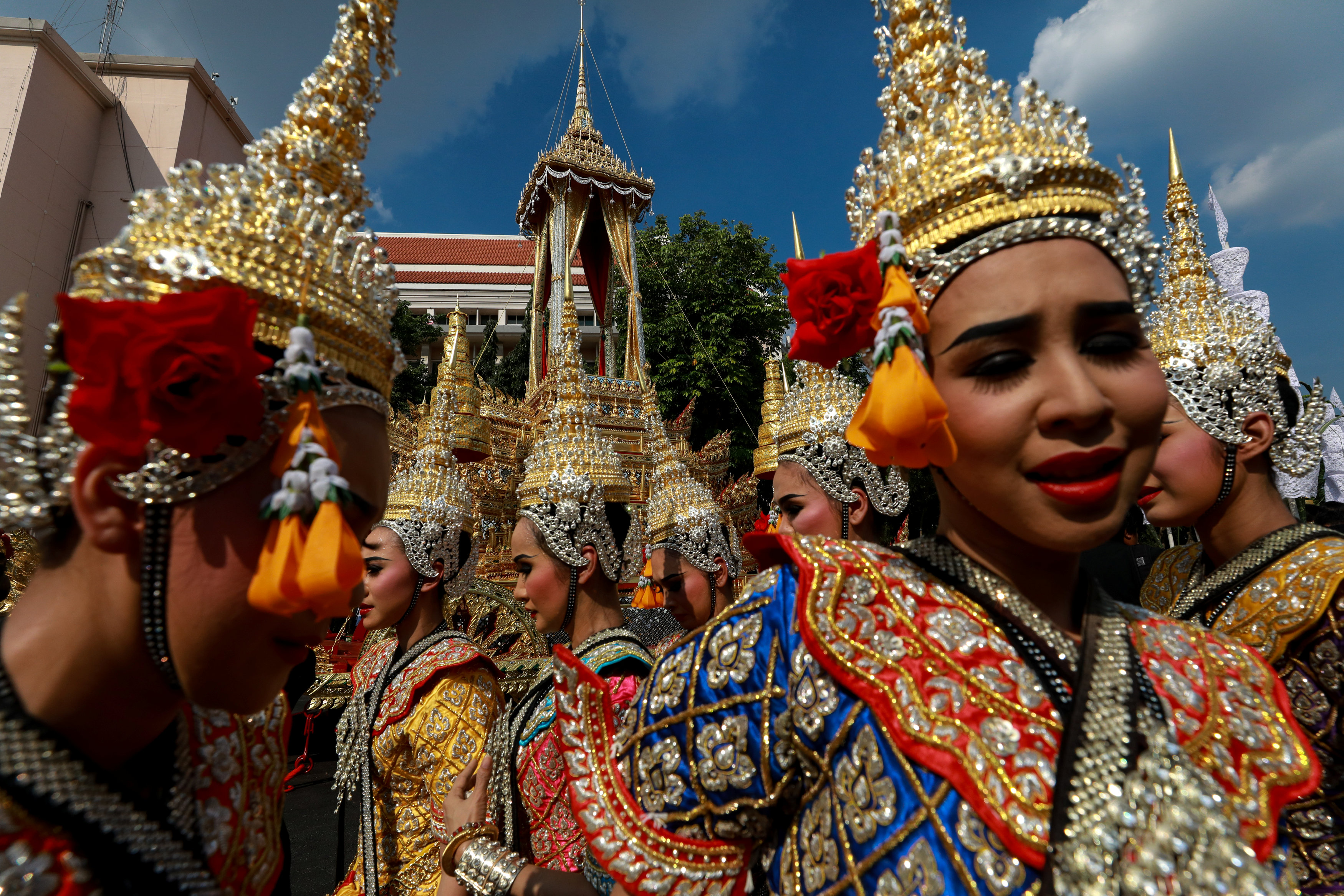 Bangkok: Thailand is putting the finishing touches this month to a lavish five-day funeral ceremony in a final goodbye to its late King Bhumibol Adulyadej, who helped shape the Southeast Asian nation for decades after World War II.
Many of the hundreds of thousands of black-clad mourners are expected to camp for days near Bangkok's Grand Palace to capture a good view of the ceremonies, which will be guarded by 78,000 police officers and culminate in the cremation on October 26.
"October is a sad period," Prime Minister Prayuth Chan-ocha, who announced plans for a national election next year, told reporters in the capital on Tuesday. "I ask that politicians and political parties be peaceful and orderly."
Artisans have worked for ten months in Bangkok's ancient quarter to build an elaborate cremation site fashioned after a vision of heaven, where Thais believe dead royals return to live above Mount Meru, a golden mountain in Hindu mythology.
The funeral of King Bhumibol, who died on October 13 last year after seven decades on the throne, is also a time of uncertainty for some Thais, said a Thailand-based analyst, who declined to be identified because of sensitivities around the monarchy.
"In many ways the king was Thailand and his death has left a huge vacuum in the Thai psyche," said the analyst, pointing to social and political upheavals in recent decades.
"What happens after his funeral? Where will Thailand head next? These are profound questions that must be answered."
The late king was succeeded by his son, King Maha Vajiralongkorn, or Rama X, who has overseen sweeping changes to the royal household, including the running of palace finances.
Though steeped in ancient traditions, the funeral of King Bhumibol will permit more public participation than those of previous kings, said Thai monarchy expert Tongthong Chandransu.
"A strong bond has been formed between the people and the monarchy - the strongest compared to past reigns," Tongthong told Reuters. "So we can see more people participation in the royal funeral of this king."
Among the many royal objects restored for the funeral is a golden chariot that will carry the king's body in a giant ornate urn to the cremation site.
The urn will move to the Royal Crematorium before the cremation on the night of Oct. 26, which has been declared a national holiday.
More than 3,000 performers will join in a nightlong final tribute of music and puppet shows to end a year of mourning.
Thais devoted to the memory of the king have folded paper flowers for his cremation, making 10 million in Bangkok alone, city authorities said.
"This is our 'Mandela', or our 'Princess Diana', moment," said graphic designer and self-proclaimed royalist Apichai Klapiput.
"What the world will see is rivers of tears that show how much Thais love King Bhumibol Adulyadej. He was the people's king."