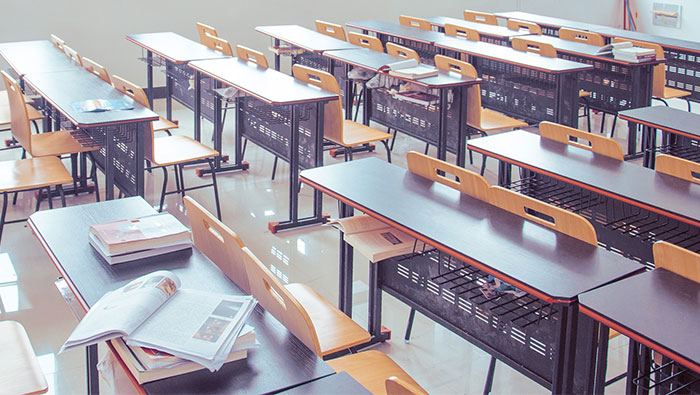 Muscat: Sri Lankan School Muscat has ordered an inquiry after “a student was thoroughly frisked after being accused of stealing OMR75 on the school premises.”
Neel Subasinghe, principal, Sri Lankan School Muscat, admitted that they have ordered an investigation. “We will soon submit a report to the Sri Lankan School Board, as well as the Ministry of Education,” he said.
A senior official at the Sri Lankan Embassy said: “(The) matter is receiving the attention of embassy in Muscat and it is also being addressed by the school management.”
The parents of students at the school have called for action against the staff and teachers if they are found guilty.
“If any of the teachers or any of the staff members are found guilty, they should be punished. But we shouldn’t draw any conclusion before the investigation is complete,” one of them said on Wednesday.
An elected member to the parent’s committee of the School, which represents all the parents, said: “There had been a disciplinary case, where a class of students was searched for lost/unauthorised items. There is an allegation by few parents that the school had gone beyond their authority in this search.”
“However, there is also a majority parent view that random checks need to be done more frequently in order to discourage bringing such items to school. An internal investigation is ongoing and a detailed report will be given by the board management as per the information soon.”
When contacted, a senior official of the Sri Lankan School Board promised that they will take action once the investigation is complete. “Hopefully, we will able to conclude our investigations soon.”
The school started in 1989 and at present has 1,200 students, according a parent committee member.