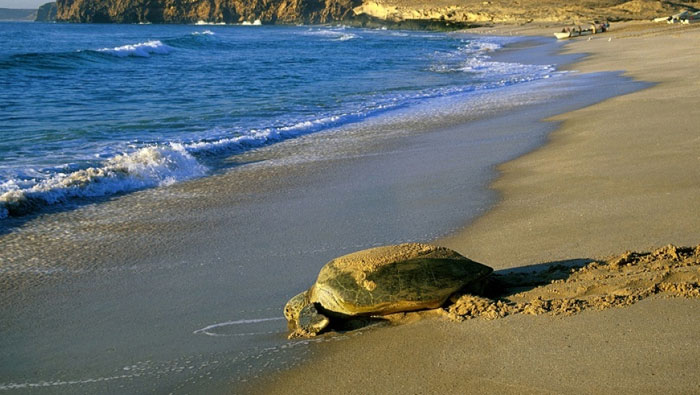 Muscat: Ras Al Jinz Turtle Scientific Centre has reopened after the completion of its renovation.
The Ministry of Tourism and the Oman LNG Company have cooperated to include the latest advanced technical means and systems dedicated to understanding intimately the life cycle of sea turtles.
“The new changes will contribute to the enhancement of environmental education, information and resources on sea turtles for visitors, researchers, and any interested persons,” said the Oman LNG company.
**media[745522]**
Khalid bin Abdullah Al-Masn, chief executive officer of Oman LNG’s development organisation, said, “The project represents another milestone to the company’s contributions to environmental conservation. Where the environment is at the forefront of its concerns, not within Oman LNG, but also through several initiatives and projects that the company has undertaken, the most important of which is the Scientific Centre for Turtles at the Ras Al-Jinz Nature Reserve, which attracts many visitors and researchers.”
Ras Al Hadd is an internationally renowned nesting site sanctuary for the Green Sea Turtles, harbouring one of the largest nesting populations in the world. Around 13,000 sea turtles come ashore to this sanctuary every year. The Ras Al Hadd sanctuary is the largest nesting site in the Indian Ocean and the only site in the world where sea turtles come almost every night all year round.
The water surrounding the Ras Al-Jinz sanctuary is a haven for rare green turtles. This is the main reason why Ras Al-Jinz was chosen as a scientific centre and museum. The reserve is a unique turtle sanctuary, where endangered species come to the pristine shore for breeding.