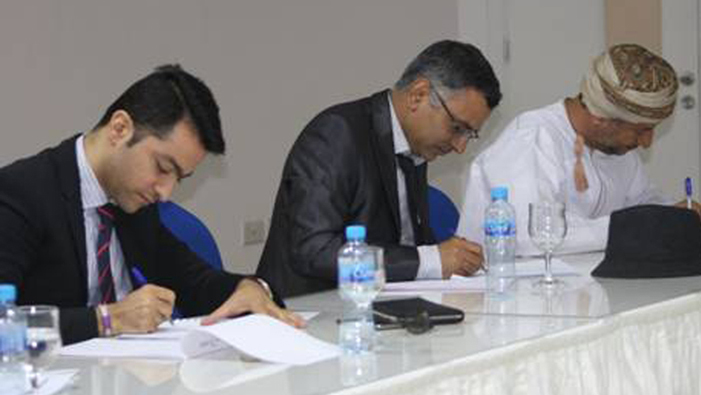 Muscat: Five young Omani researchers have been shortlisted as finalists for the ‘Omani Young Water Researchers Award 2017’ of which the winner will be announced on Wednesday, October 4, at an official ceremony at MEDRC Water Research, Al Hail in Muscat.
The five finalists have had to undergo a rigorous review process. The final stage of this process took place yesterday at MEDRC in the form of an interview in front of an esteemed panel of judges, from a variety of research centres and universities in Oman.
The shortlisted candidates are as follows:
Manal Moosa Al Bulushi, Middle East College, Seeb
Mubarak Said Alsouti, College of Engineering and Architecture University of Nizwa, Nizwa
Bushra Baroot Mabrook Al Riyami, PAEW, Muscat
Muzna Ali Al Shezawi, Higher College of Technology, Muscat
Nasiyba Sulaiyam bin Salam Al Hinaai, Caledonian College of Engineering, Seeb
The award launched by MEDRC Water Research in March 2017 aims to recognise the valuable contributions of young Omani researchers whose work has or has the potential to, significantly influence the water sector in Oman.
Under the auspices of the Public Authority for Electricity & Water (PAEW) of Oman, the award focuses on work within the following specified areas: Water management, Water treatment technologies, Desalination and or related environmental research
Generously sponsored by the Omar Zawawi Establishment and the Embassy of the Kingdom of the Netherlands in Muscat, the winner will be flown to Amsterdam to participate in the Amsterdam International Water Week in October 2017.
“This award is about recognising and rewarding excellence in water research. We hope it will help to encourage and motivate talented young Omani researchers to focus their attention on tackling the specific water challenges that exist in Oman today,” said Dr Jauad El Kharraz, head of Research, at MEDRC Water Research.
The winner will be announced at an official ceremony held at MEDRC Water Research, which will be attended by dignitaries from the public and private sector.