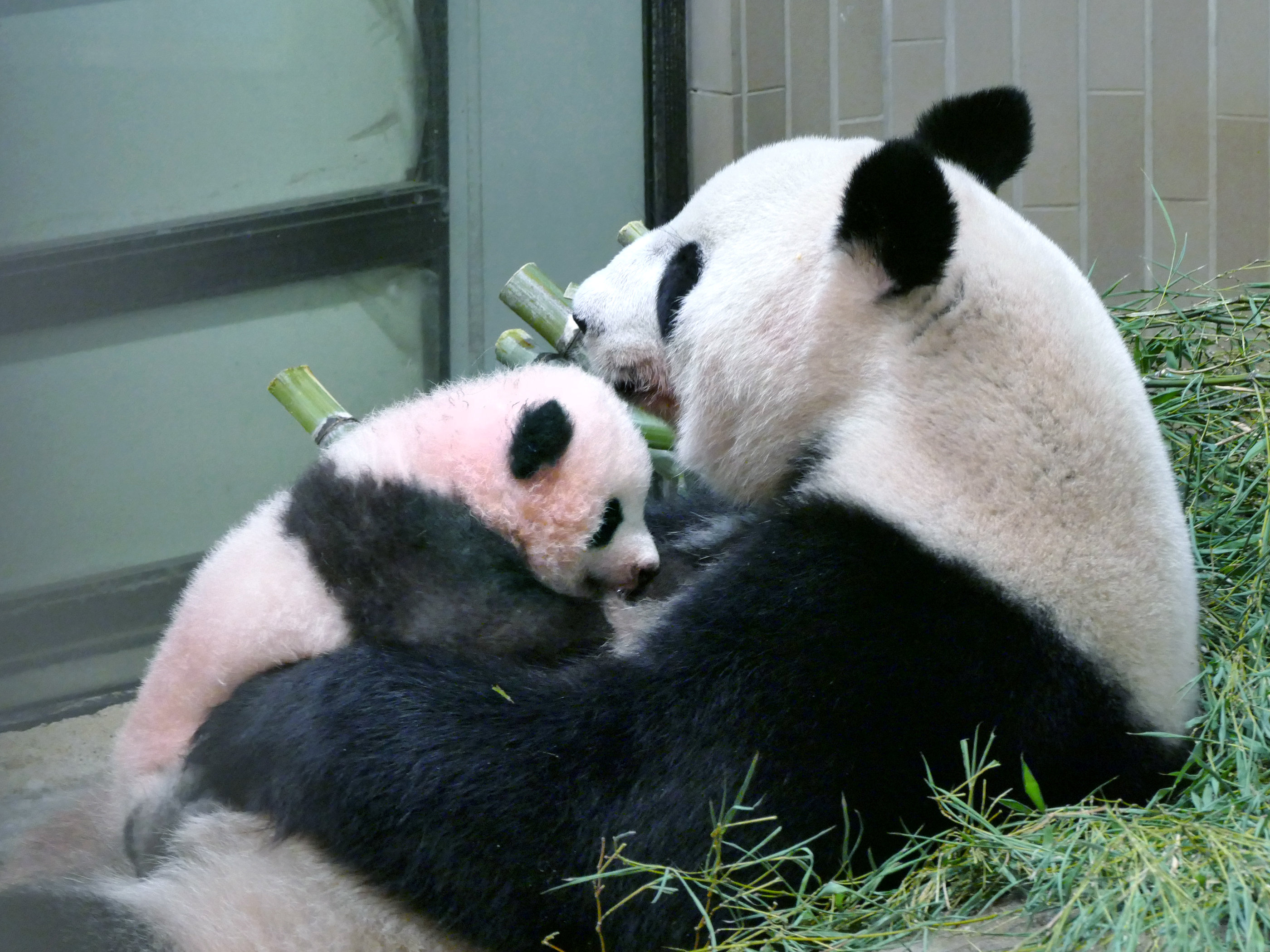 Tokyo: Tokyo's newest baby panda, who is just beginning to crawl and has now lived long enough to get a name, will be called "Xiang Xiang," to evoke the image of petals unfurling, the governor of the Japanese capital, Yuriko Koike, said on Monday.
Japan celebrated the birth of the healthy female cub in June, five years after her mother, Shin Shin, lost another cub within days of its birth. It has been nearly three decades since a baby panda at the capital's Ueno Zoo has survived this long.
The name, written with the Chinese character for fragrant, was chosen from more than 322,000 suggestions submitted by the public. Most pandas are named at around 100 days of age, which Xiang Xiang reached last week.
"This name evokes the idea of fragrance, and it's extremely cute," Koike, a former ruling party lawmaker who dealt Prime Minister Shinzo Abe's Liberal Democratic Party a historic defeat in Tokyo elections in July, told a news conference.
The media-savvy Koike revealed the name just hours before Abe was set to announce a snap election that her party and its allies are readying to fight, under the banner of a new conservative party.
The baby, at birth small enough to fit in the palm of a hand, now has typical panda markings and weighs roughly 6 kg (13 lb). She can support herself on all fours and is taking tentative steps.
Shin Shin and her partner, Ri Ri, arrived from China in February 2011 and went on view soon after the following month's devastating earthquake, offering a scrap of good news for an anguished nation.
A male cub born in 2012 was the first in 24 years at the Ueno Zoo, but six days after its birth, it was found lying motionless on its mother's belly and efforts to revive it failed.