We stand for peace — Oman at the United Nations 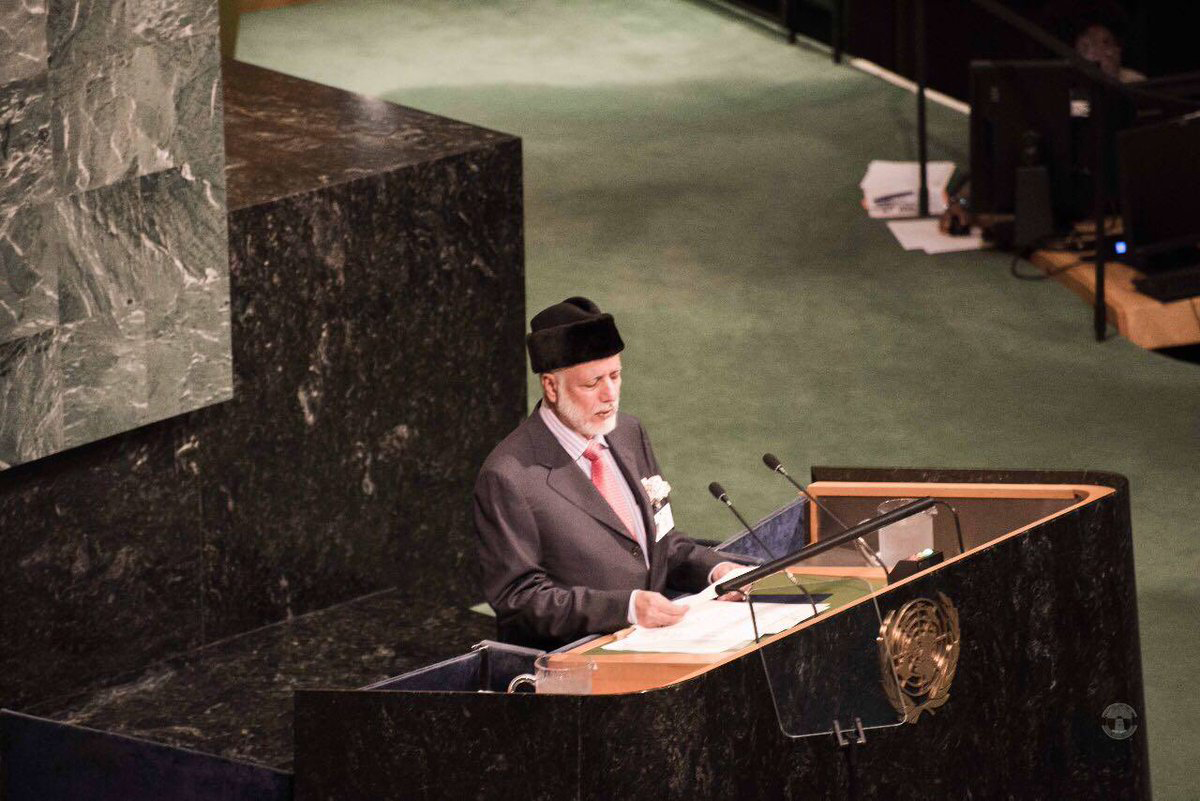 New York: Oman’s Foreign Minister has urged the nations of the world to put aside their differences and unite in the name of world peace.
Speaking at the 72nd session of the United Nations General Assembly, Yousuf bin Alawi bin Abdullah, Minister Responsible for Foreign Affairs, asked the leaders of the world to follow policies which advocated coexistence and mutual understanding.
“In its foreign policy and international relations, the Sultanate adopts an approach based on the promotion of peace, coexistence, tolerance, dialogue and close cooperation with other nations and people, and adherence to the principles of justice, equality and non-interference in the internal affairs of states and the peaceful settlement of disputes, in accordance with the provisions and principles of the Charter of the United Nations Trust based on mutual respect for the sovereignty of states and good neighbourly relations and in a manner that preserves the security, stability and prosperity of states,” said Alawi.
“We, therefore, call upon all states to support peace efforts and to actively participate in the spread of peace as a global culture at all levels,” he added. “Peace and dialogue are an important necessity for humankind and their collective responsibility. The United Nations must act in this direction. Its role requires the support of the international community to promote national and international interests,” he said.
“This can only be achieved by giving a strong role to the United Nations to protect humanity from conflict and war.”
Alawi added that while humanity had achieved much, it was important to not become complacent, as that was the main source of political and economic discontent.
“Political and economic conflicts and disputes are the result of the complacency of the international community to commit to providing support and assistance to the least developed countries, which has caused many problems and conflicts such as the issue of international migration from different continents and created concepts of chaos, revolutions, and instability in many regions of the world,” he explained.
“The downturn and weak international trade resulted in such situations, especially in the developing countries, which negatively impacted the consensus of the countries within the framework of the WTO agreements and limited the ability of the UN to achieve its basic objectives in international trade,” added Alawi.
Alawi said that all of the UN’s member countries needed to bear the responsibility of contributing towards world peace.
“We believe that the demands of some parties to hold a greater share in international trade or to implement policies of closure and protectionism increase the severity of the problems and tensions in the world,” said Alawi. “Therefore, it is important for the world to view a new vision that achieves justice, expands common interests and supports developing countries’ capacities to reach advanced levels of sustainable development.
“We believe that all this is possible if the member states can adhere to the principles of the charter and avoid unilateral decisions and policies. We emphasise that the UN must once again lead the peace bid and that its agencies should be active in all aspects of development to enhance their role in achieving the sustainable development goals.
“We call upon all member states to exert greater efforts and cooperation to take into account the character of the United Nations and its pivotal role in international relations,” he added.
Oman, said Alawi, stood side by side with the United Nations to help pursue its ideals of world peace.
“We stand with the Secretary-General, in which we see the ability to take the initiative to revitalise the organisation’s role in the pursuit of international peace and security,” he said. “We also call on the international community to promote a culture of dialogue and understanding to ensure that conflicts and tensions in the world are resolved peacefully, responsibly and credibly.
“We believe that it is important to review the weakness of international policies and to have a serious approach to resolving regional and international problems and issues of climate change, and other issues affecting the security and stability of states,” said Alawi.
“In this context, the Sultanate of Oman calls upon the United Nations and the international community to shoulder the responsibility and work for peace, conflict prevention and war, and the resolution of disputes through dialogue,” he added.