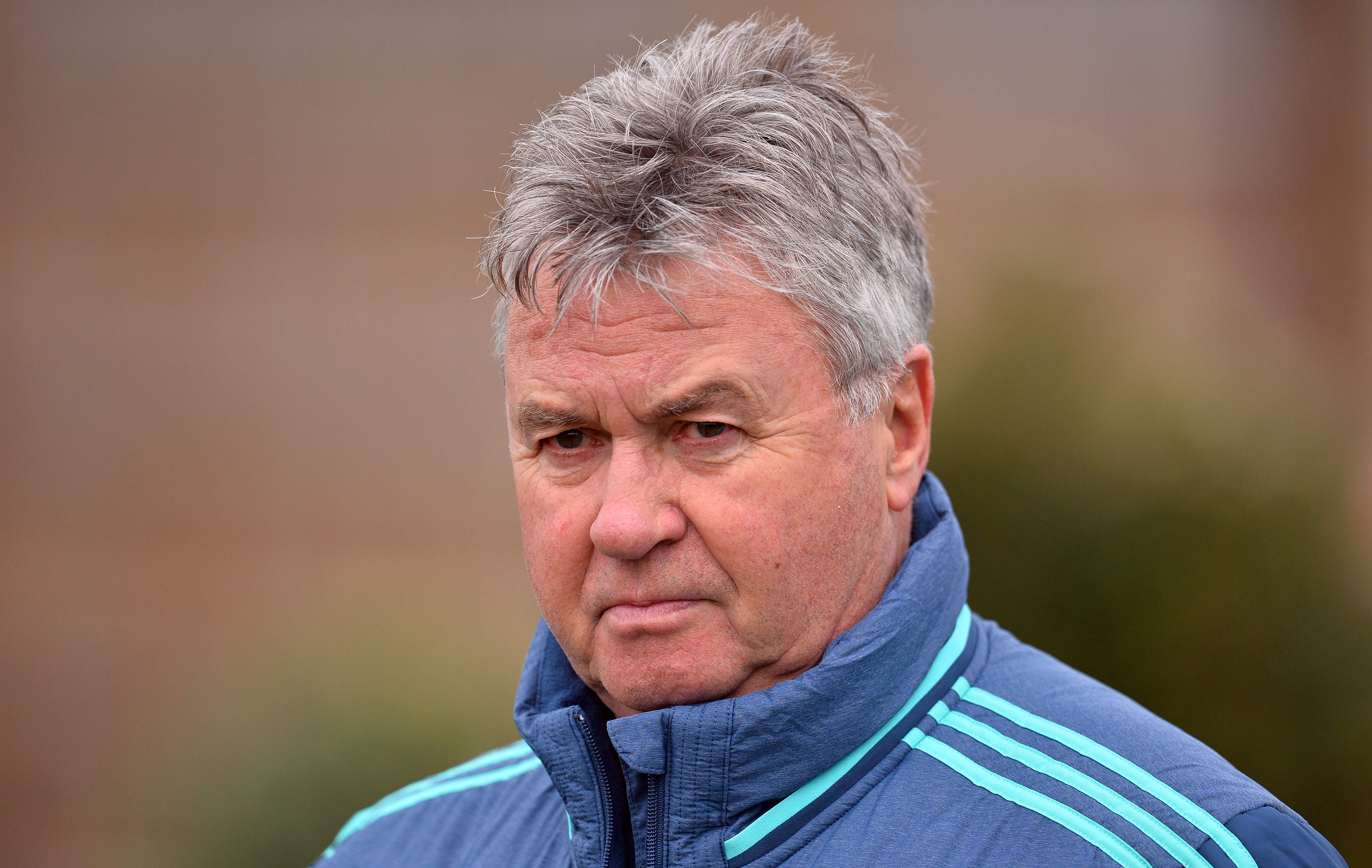 London: It is hard to imagine former boss Jose Mourinho ever calling Chelsea underdogs, but that's how successor Guus Hiddink has described them before their Champions League Last 16 second leg clash against Paris St Germain on Wednesday.
The French champions head to Stamford Bridge for the third successive season, having knocked Chelsea out at the same stage a year ago. They are again favourites according to Hiddink, following their 2-1 victory in the first leg in Paris on February 16.
The wily 69-year-old Dutchman may well be playing mind games, but, he says, "We are not the favourites. We have regained confidence and have quality, but let's be very tough underdogs. We need to be angry in a controlled way on Wednesday, the players must be fully concentrated."
Chelsea's results have improved since Mourinho left in December, losing only once -- at PSG -- in 18 matches in all competitions. A 1-0 win now will be enough to see them through on away goals.
That is how they beat PSG in the quarter-finals two seasons ago and how PSG eliminated them last season. With the tie finely balanced that could well be the outcome again.
Chelsea will almost certainly be without injured skipper John Terry but striker Diego Costa should be fit after missing Saturday's 1-1 draw with Stoke City with a minor tendon injury.
Former Chelsea defender David Luiz, who won the Champions League with Chelsea in 2012 and scored for PSG at Stamford Bridge last season, told uefa.com on Monday he will always have an affection for Chelsea after spending three seasons there. But he was determined to see PSG knock them out.
"My respect, my love for Chelsea, will always be the same," the Brazil international said, "but I hope we can come out as winners there.
"London was a city and a club where I was very happy. I had some great moments there, but I am focused on my work, which is to play for PSG."
PSG arrive on the back of some poor results after suffering their first Ligue 1 defeat in almost a year when they lost 2-1 at Olympique Lyonnais last weekend and drew 0-0 at home with Montpellier on Saturday.
Coach Laurent Blanc will probably have to replace key midfielder Marco Verratti with Argentine playmaker Javier Pastore because Verratti has a recurring groin problem.
France midfielder Blaise Matuidi should be fit after recovering from a thigh injury, while Lucas is expected to start on the left flank of the attack instead of Edinson Cavani, who scored PSG's winning goal in Paris three weeks ago.