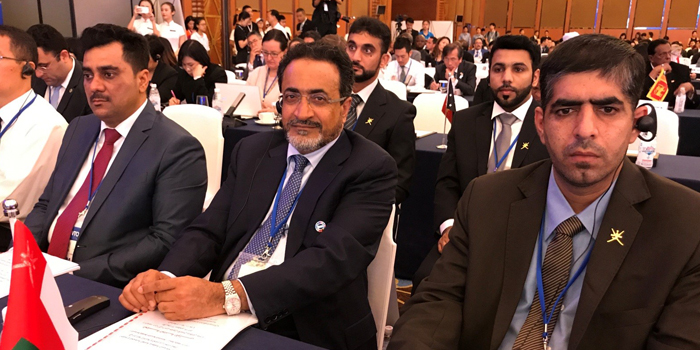 Beijing: Oman represented by the Ministry of Tourism participated in the 22nd session of the General Assembly of the UN World Tourism Organisation (UNWTO) in China in the presence of more than 11,000 officials representing 132 countries.
The Sultanate's delegation to the meetings was chaired by Ahmed bin Nasser Al Mahrazi, Minister of Tourism. The agenda of the session held from September 11 to 16 comprised the meeting of the Committee on Tourism and Sustainability (CTS).
The committee discussed the challenges facing tourism sector and ways to overcome such challenges.
The 43rd meeting of the Middle East Committee was held in the presence of seventeen delegations.
The meetings discussed the projects of the Middle East member states.
The Middle East Committee is one of the key committees of the UNWTO which supervises the activities of the UNWTO in the Middle East. On the sidelines of the Committee, the Minister of Tourism met with Ali Asghar Mounesan, Iran's Vice President and Head of Cultural Heritage, Handicrafts and Tourism Organisation.