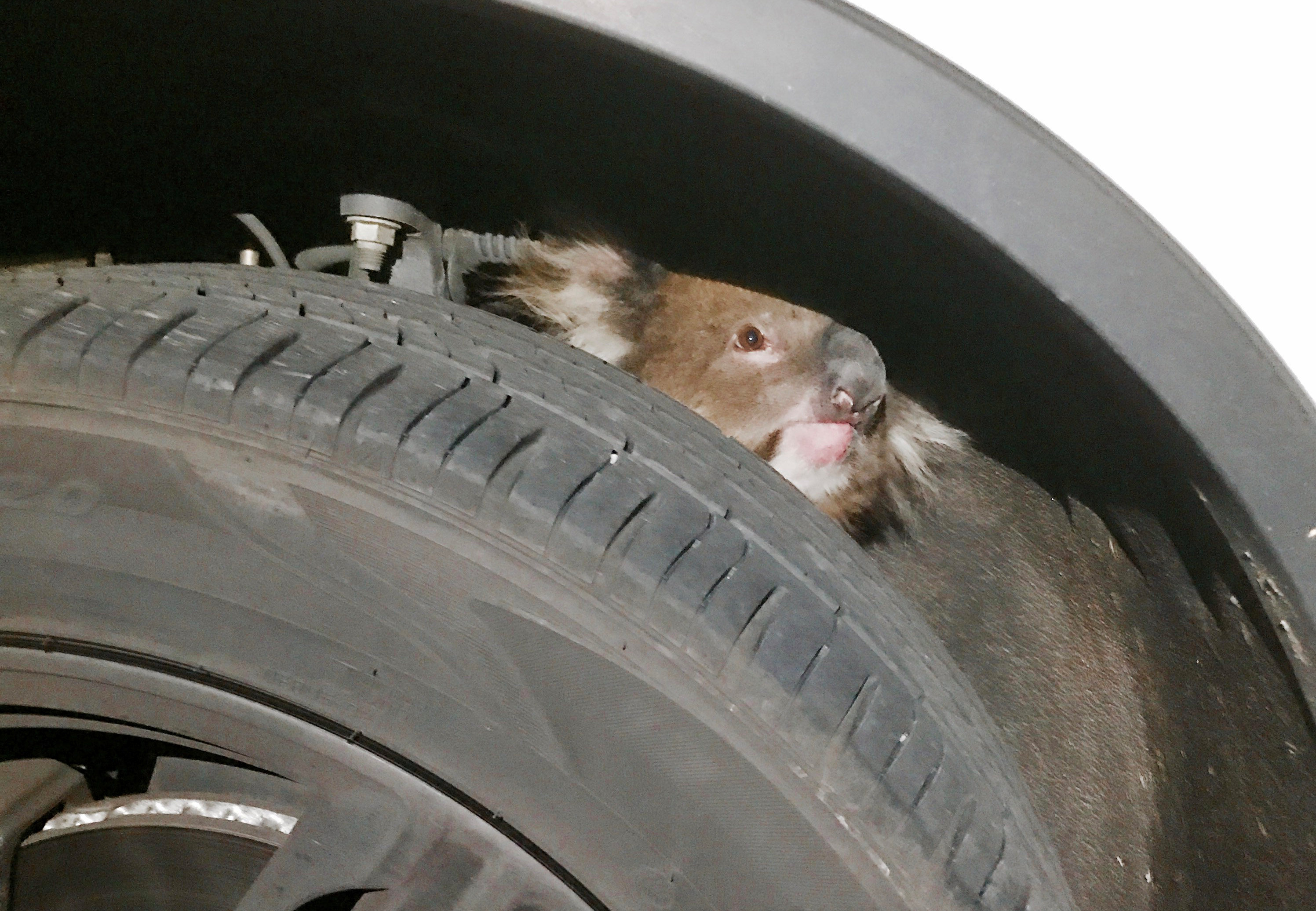 Sydney: A koala survived a 16-kilometre (10-mile) road trip in Australia clinging to the axle of a four wheel drive vehicle, before the driver stopped and heard the cries of the traumatised animal.
The female koala had crawled into the wheel arch while the car was parked in the hills on the outskirts of Adelaide, the state capital of South Australia.
The fire brigade was eventually called to take the wheel off in order to help a wildlife rescue worker free the animal.
"I could smell her burnt fur,” Jane Brister, from Fauna Rescue, told Reuters in a phone interview on Saturday. "It would have been hot in there.”
Sadly, although the koala was uninjured, Brister said the animal was a lactating mother which meant her joey - the term for infant marsupials - was missing.
"I searched that night and the next day, and the next, but I never found it,” she said.
After a couple of days of feeding in captivity, Brister released the koala back into the wild.
Koalas, often inaccurately described as "bears”, are marsupials, an order of mammals whose young are suckled in a pouch.
The koala was listed as a "vulnerable" species under an Australian conservation law in 2012. There are fewer than 100,000 of the animals left in the wild, perhaps even as few as 43,000, according to Australian Koala Foundation estimates.