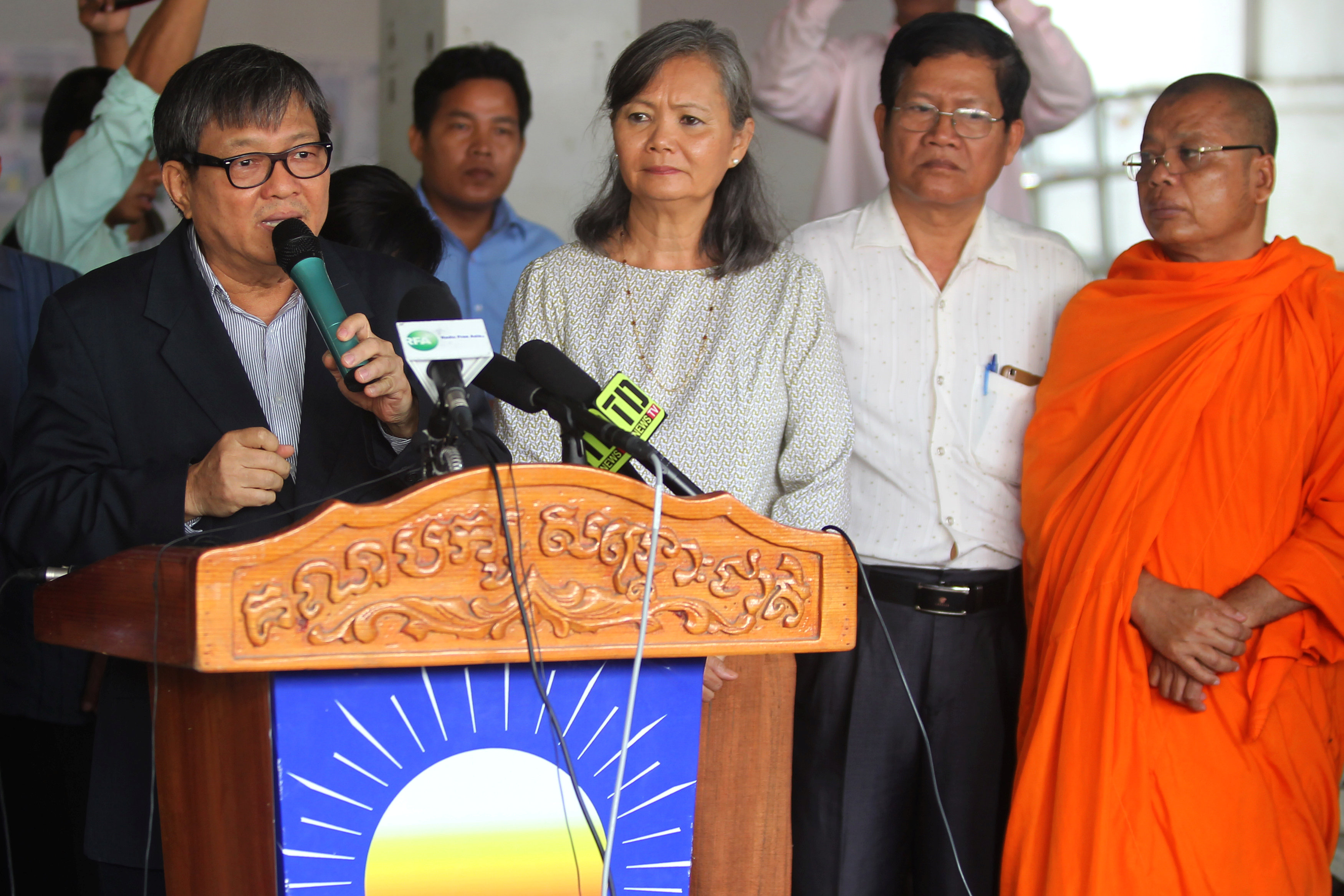 Phnom Penh: Cambodia's main opposition party was blocked from holding a memorial ceremony on Wednesday for victims of a 1997 grenade attack on a political rally, with tension running high after the arrest of its leader.
Kem Sokha, leader of the Cambodia National Rescue Party (CNRP), was arrested on September 3 and accused of plotting treason against the government of Prime Minister Hun Sen with the help of the United States.
The party had planned to hold a gathering and Buddhist ceremony at a memorial in the capital, Phnom Penh, to mark an attack in which at least 16 people were killed at a rally on March 30, 1997 organised by former opposition leader Sam Rainsy.
Similar memorials have been permitted in previous years around the Pchum Ben festival, when Cambodians pay respects to deceased ancestors.
"We tried to hold the ceremony at the memorial and we were stopped," Mu Sochua, one of the CNRP's deputy presidents, told Reuters
"We don't want to confront the authorities but we want to show that these are signs of intimidation," she said, adding that the ceremony was then moved to a nearby pagoda.
Phnom Penh's city hall spokesman Met Measpheakdey said the pagoda was the right place for the ceremony and the party's request to do it at the monument had been denied.
"Forces were deployed to keep security and prevent them from doing the ceremony there," Met Measpheakdey said.
Opponents of Hun Sen accuse him of arresting Kem Sokha and cracking down on independent media and other critics ahead of a general election next year in which he could face the toughest electoral challenge of more than 30 years in power.
The United States and Western countries have called for Kem Sokha's release, but China has stood by Hun Sen's government. China is by far the biggest investor in Cambodia and the biggest donor of bilateral aid.
"Chinese friends are like a strong back that continues to help Cambodia in every circumstance so that no foreign country can break it up," Hun Sen said on his Facebook page on Wednesday after returning from a trip to China.