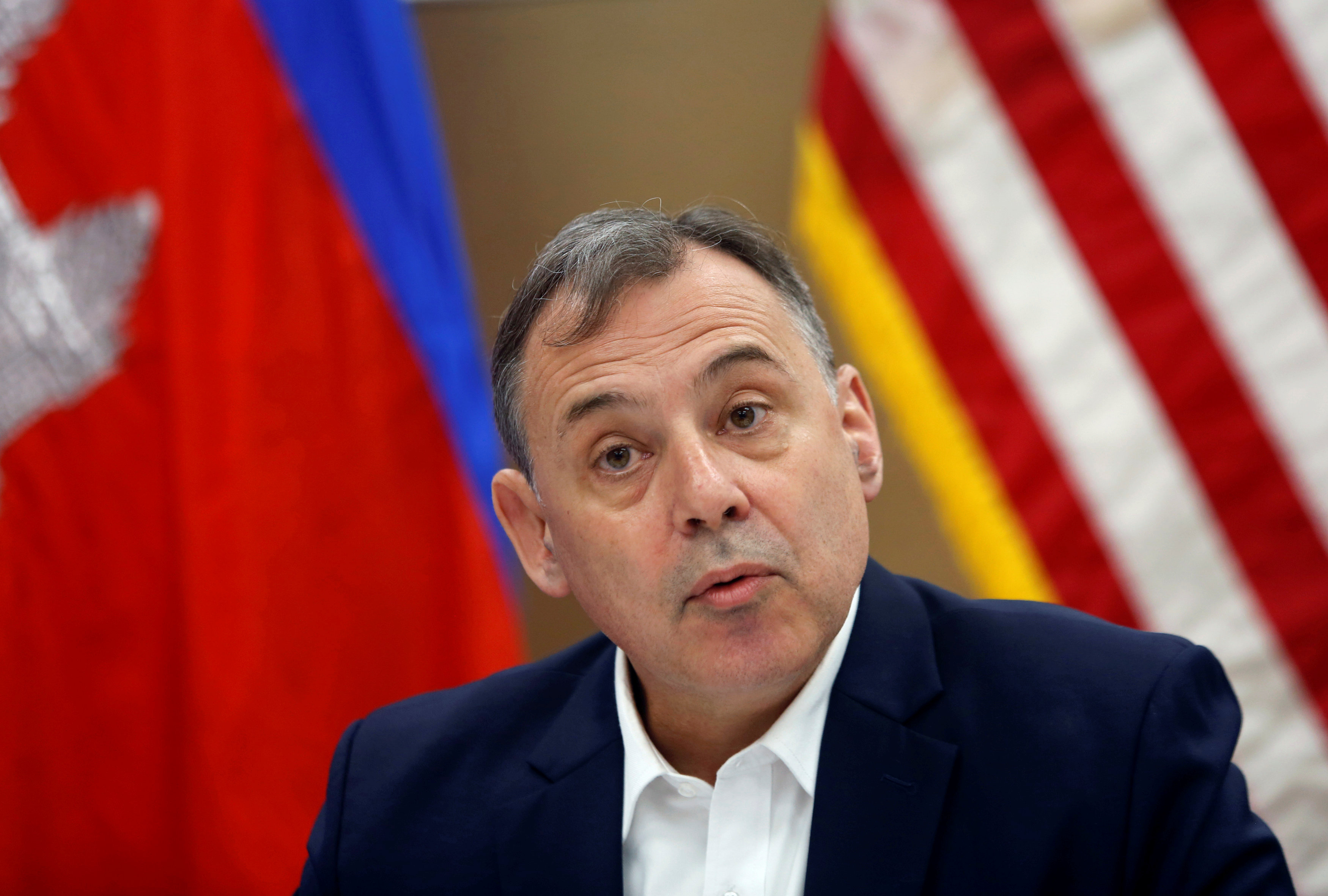 Phnom Penh: The U.S. ambassador to Cambodia on Tuesday rejected government accusations of interference by the United States as "inaccurate, misleading and baseless" and called for the release of detained opposition leader Kem Sokha.
It was the strongest U.S. response since the September 3 arrest of Kem Sokha, who has been charged with treason and accused of plotting with the United States to take power from Prime Minister Hun Sen, a former Khmer Rouge commander who has ruled Cambodia for more than 30 years.
Hun Sen, now one of China's closest regional allies, has stepped up rhetoric against the United States alongside a crackdown on opponents, independent media and other critics ahead of a general election next year.
"On dozens of occasions over the past year, the United States has been subject to intentionally inaccurate, misleading and baseless accusations," Ambassador William Heidt said in a statement. "All of the accusations you have heard in recent weeks about the United States - every one of them - are false."
Heidt called for the release of Kem Sokha, an end to pressure on civil society and dialogue between the government and opposition to "salvage" elections and restore ties between the two countries.
"If Cambodia's national elections were held today, no credible international observer would certify them as free, fair and reflecting the will of the Cambodian people," he said.
American and Western companies were feeling less welcome in Cambodia "and fewer will invest", he said.
Government spokesman Phay Siphan said the evidence of American collusion came from Kem Sokha himself and that Cambodia did not see the United States as an enemy.
"We just use our rights to tell the U.S. not to interfere in our domestic affairs," he told Reuters.
On Monday, 65-year-old Hun Sen threatened that Kem Sokha's Cambodia National Rescue Party (CNRP) would be dissolved if it continued to back him. Kem Sokha, 64, is the only serious election rival to Hun Sen, who could face his biggest electoral challenge next year.
The opposition will not boycott the July 2018 general election in which it faces Hun Sen's ruling Cambodian People's Party (CPP) senior CNRP member Son Chhay said on Tuesday.
"The CNRP will go into the 2018 election despite the enormous difficulties," he told a news briefing.
The evidence presented against Kem Sokha so far is a video recorded in 2013 in which he discusses a strategy to win power with the help of unspecified Americans. His lawyers have dismissed it as nonsense, saying he was only discussing election strategy.
Son Chhay said Kem Sokha was innocent until a final court conviction, calling his arrest and a parliament vote to allow his prosecution illegal.
CPP spokesman Sok Eysan said, "Kem Sokha committed serious crimes that would lead to the destruction of peace and political stability".