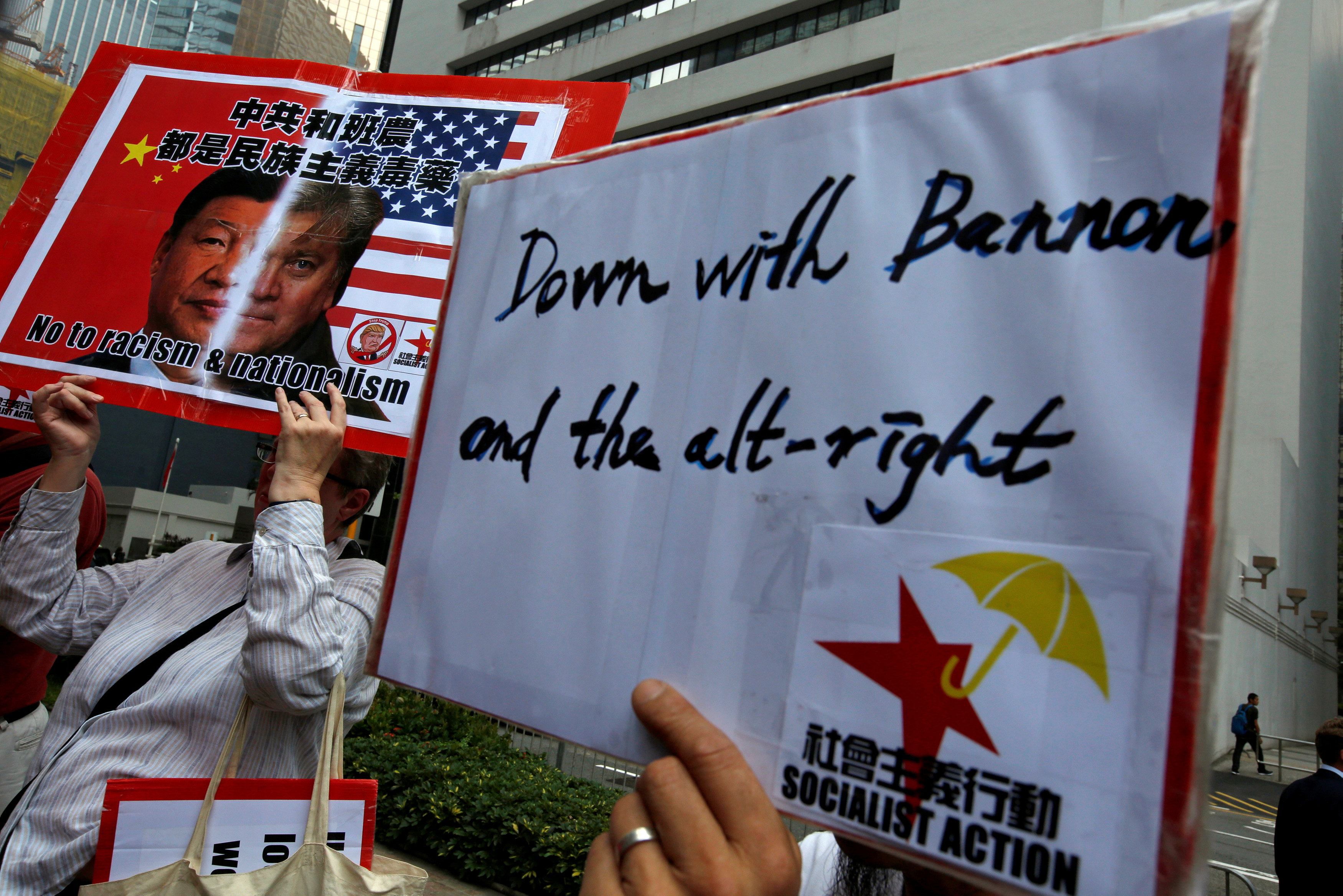 Hong Kong: Protesters outside a luxury hotel in Hong Kong shouted anti-racism slogans on Tuesday ahead of a speech by former White House chief strategist Steve Bannon at an investor conference organised by a unit of China's largest brokerage.
The far-right architect of U.S. President Donald Trump's 2016 election victory, Bannon is the latest controversial figure invited to address a forum hosted by CLSA, a subsidiary of state-backed Citic Securities.
Bannon, whose views on immigration, climate and trade helped shape Trump's election campaign and his first months in office, was fired by the Republican president last month in a push to end factional fighting within the White House.
"No Bannon, no racism," chanted the group of about 15 demonstrators, who also held up a large black banner carrying the words, "Nazis are not welcome here".
One protester wearing a mask of Trump held up a placard depicting the U.S. president in the shape of a chicken, with the words, "Toxic nationalist", on its belly.
CLSA initially said Bannon's speech would be open to some print media but reversed its decision a day later, without citing a specific reason, although a CLSA spokeswoman said the event was meant for invited clients only.
"We reserve the right to open or close sessions as we see fit," she wrote in an emailed response to Reuters.
"The CLSA Investors' Forum provides an agnostic platform for diverse views and opinions from people who influence policy, economies and markets. Mr Bannon is one of these, hence our decision to invite him."
Past speakers at the forum have ranged from actors George Clooney and Arnold Schwarzenegger to boxer Mike Tyson, who was convicted of rape, former Alaska governor Sarah Palin, and former National Security Agency contractor Edward Snowden, who revealed secret details of U.S. surveillance programmes.
In a recent interview with the CBS program "60 Minutes," Bannon predicted Republicans could lose control in the House of Representatives next year because of a looming battle over what to do about immigrants brought illegally to the United States as children.