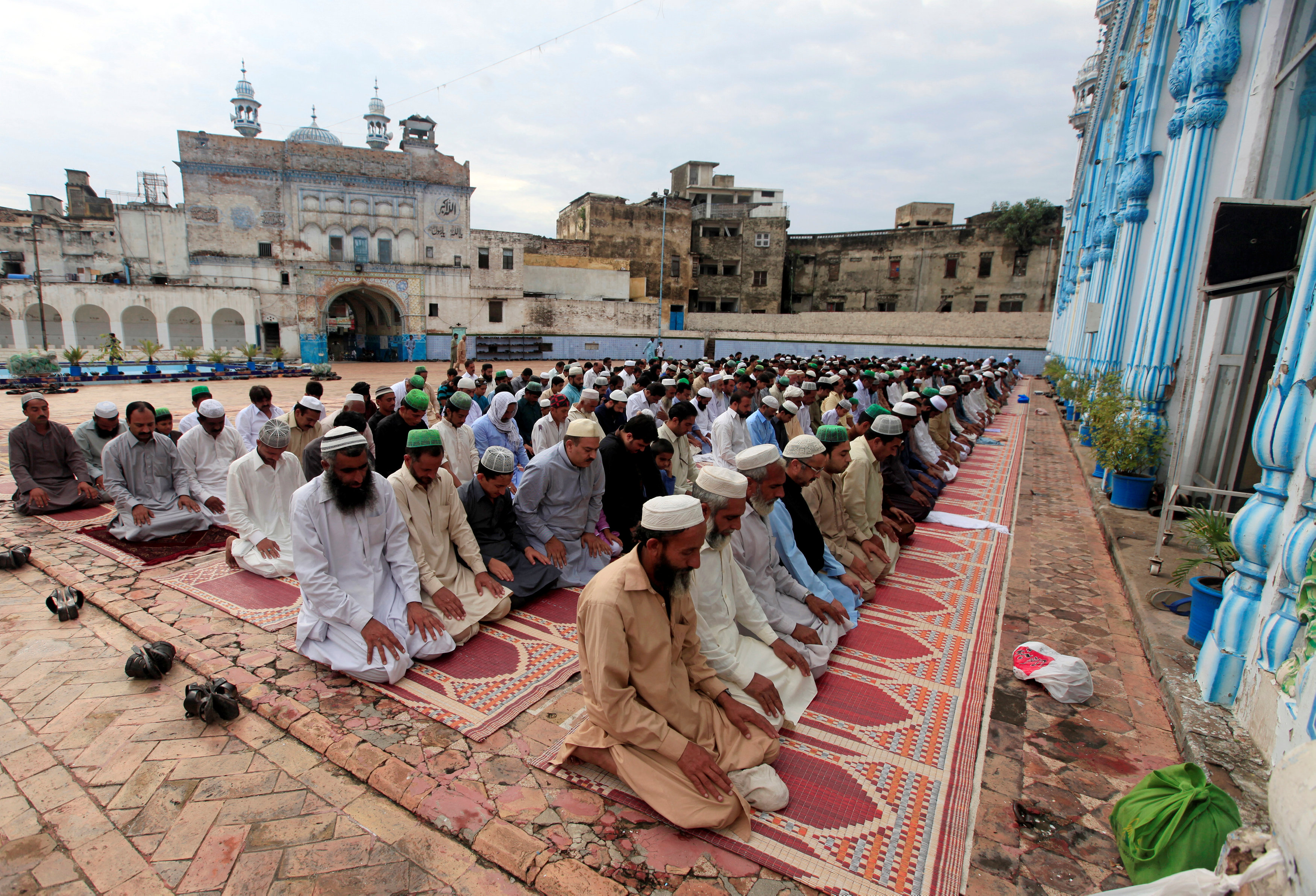 Karachi: Muslims in Pakistan crowded mosques and prayer grounds across the country to offer prayers and sacrifice goats and cows for Eid Al Adha holiday on Saturday, marking the second major religious festival of Islam.
Security was tight, with authorities on guard from any possible attack by religious extremists who have carried out bombings across the country in recent years.
"Today, we are here to offer Eid prayers," said worshipper Saleem Ahmed at a ceremony in Karachi, Pakistan's largest city. "The security arrangements were very good. May Allah approve our prayers."
It is tradition for those who can afford it to sacrifice domestic animals.
The result is a booming pre-holiday trade in goats, cows and sheep. In Pakistan alone, nearly 10 million animals, worth more than $3 billion, are slaughtered during the two days of Eid Al Adha, according to the Pakistan Tanners' Association.
"We should not forget our poor and needy Muslim brethren on this occasion," Karachi resident Mohamad Muzammil said at the prayer ground where cows and goats were being slaughtered.
Eid Al Adha marks the end of an annual Haj, or pilgrimage to the holy city of Mecca and should be undertaken by every Muslim who can afford to do so.
With a population of about 208 million people, Pakistan is the sixth most-populous country in the world, and has the second largest Muslim population after Indonesia. About 97 per cent of Pakistanis are Muslims.