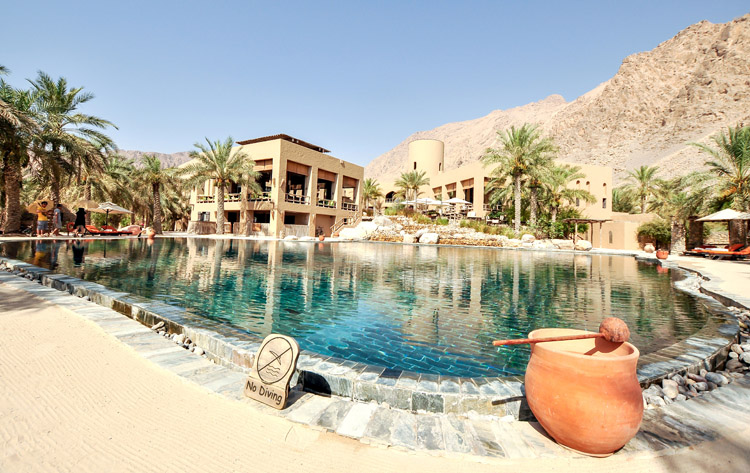 Muscat: Tour operators and hotels are busy dealing with a surge in bookings as residents in the Sultanate are now able to finalise their Eid holiday travel plans.
Read here: Eid Al Adha holidays announced in Oman
With Eid Al Adha on Friday, September 1, the official holiday will start on Thursday, August 31 and end on Monday, September 4, meaning residents working in both private and government sectors don’t return to work until Tuesday.
Get your essential daily briefing delivered direct to your email inbox with our e-newsletter
The five-day break was announced yesterday at lunchtime, later than usual, and residents have opted to stay in Oman and enjoy a staycation, tourism industry bosses say.
Hotels and resorts now have staff on high alert to field a flurry of calls to snap up last minute deals.
“We are geared up for the Eid holidays and we are seeing a lot of bookings from the UAE and Oman,” said Gautam Bose, director
of Sales and Marketing, Sohar Beach Hotel.”
Over in Musandam, Six Senses Zighy Bay is also prepping themselves for a memorable Eid season.
“Many people have been calling us from all across the Middle East, ever since the holidays were announced, but we cannot give them rooms because we’ve been taking Eid reservations since the beginning of last month,” said Nurhayati Mohamad, Marketing and Communications manager at the resort.
“Most of our villas have been booked for occupancy, and only the really high-profile ones are now vacant, so we’re very keen to give all of our guests a traditional Omani experience,” she added.
“All of our hotels were fully booked, but they were unable to confirm their stays because they were awaiting the Eid holidays announcement” said Vijay Handa, cluster general manager for the Ras Al Jinz Turtle Reserve.
“Resort staff has been instructed to stay on alert because we are likely to be flooded with calls throughout this week.”
Firas Rashid, director of Sales and Marketing at Anantara Jabal Akhdar, is also expecting to see an increase in last-minute bookings.
“We had been taking calls for Eid throughout this month, because the holidays were already declared in other Arab nations, but surprisingly, a lot of these calls also came from Omani families,” he told the Times of Oman.
“The days that all of them are keen on are Thursday, Friday and Saturday, because it was well known now that Friday is Eid, and so Thursday was almost definitely going to be a holiday.”
It’s not just resorts and hotels in the country that are expecting enquiries and last minute deals to ramp up, though. Travel agents are also expected to be busy, with many residents taking advantage of the promotions currently on offer. Mohammed Shafiqul Islam, general manager of New Star LLC, a travel agent in Oman, has also instructed his staff to be on standby.
“We’d had many people tell us they’d call us once the announcement of the holidays was made,” he said. “They were all really keen to spend a few days away from the city, so the moment the holidays were announced, we knew that the phones will be ringing continuously, and that’s the way it’s been since.
“Many people have chosen to go to Salalah because of the Khareef (monsoon) season, while others have planned short breaks abroad, in places, such as Sri Lanka and Malaysia,” he added. With many hotels and flights close to being full, residents in Oman are finding it difficult to confirm their holiday plans so close to Eid.
“I have enquired with many hotels in both Muscat and Salalah, but they are all full, and I was unable to get a suitable deal for me and my family,” said Manoj, a resident of Muscat. “We did find something in Sohar, though, so it is likely that we will be going there this weekend.” Ahmed, an Omani national, added: “I wanted to take my family abroad this holiday, and we were all very excited to go, but because the flights are full, it was almost impossible for us to get a last-minute deal. I’ve gotten in touch with many travel agents, and they were all unable to help me, unfortunately.”
The industry is hoping for a better Eid this time around, as last year witnessed a dip in bookings and takings.