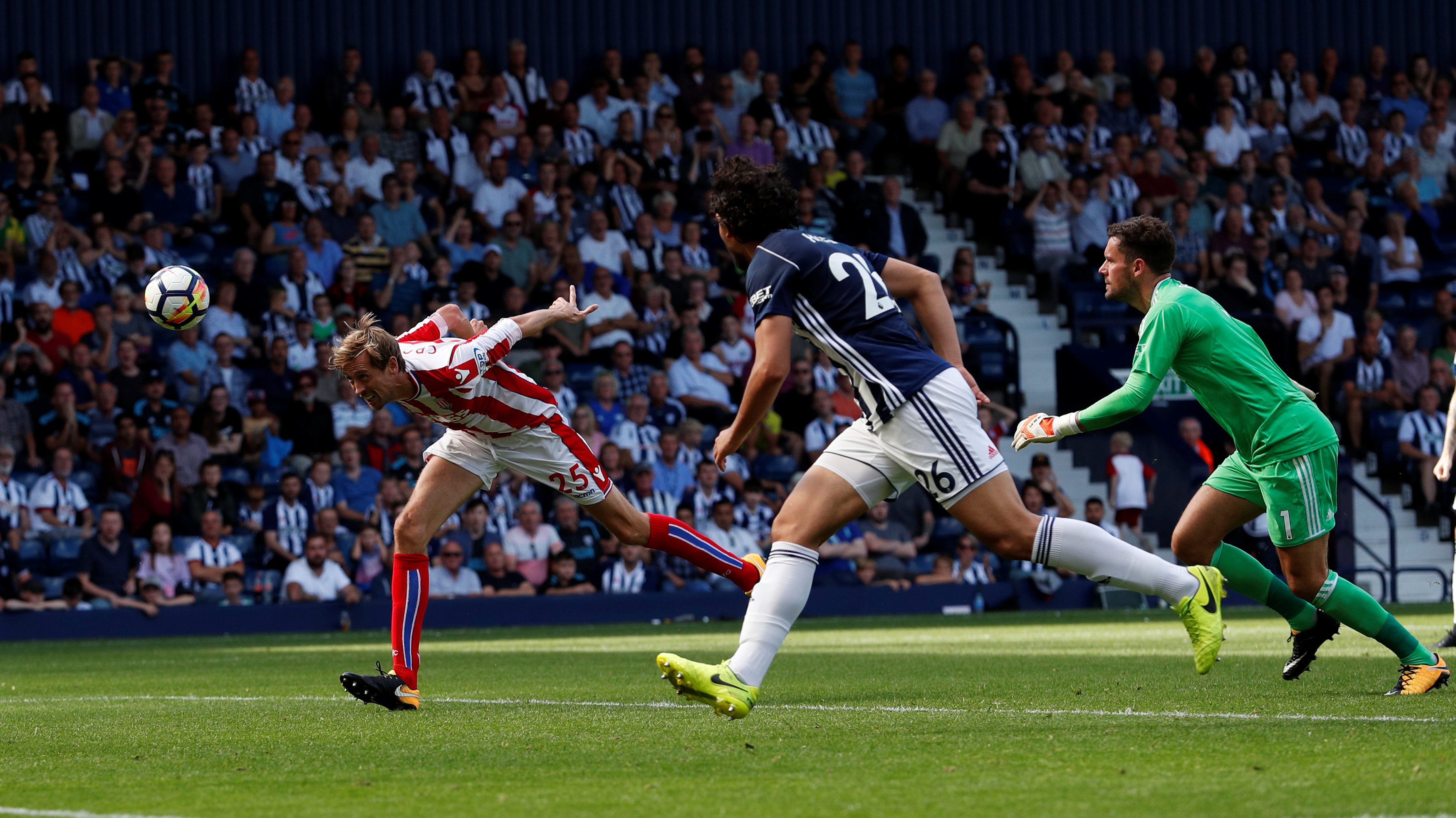 London: A defensive mix-up cost West Bromwich Albion a third consecutive Premier League victory and a share of top spot as Peter Crouch earned Stoke City a 1-1 draw at the Hawthorns on Sunday.
A game of few chances looked to be heading West Brom's way after new signing Jay Rodriguez stooped to head them into the lead after 61 minutes -- his first Premier League goal for the club on his home debut.
Ahmed Hegazi was close to making it 2-0 when his header from a Matt Phillips cross was well saved by Jack Butland.
Stoke were given a helping hand in the 77th minute when Hegazi and keeper Ben Foster went for the same ball, leaving Crouch the simple task of heading it into an open goal.
West Brom had been hoping to win their opening three games of a top-flight season for the first time since 1978, but instead are in fourth place with seven points from three games. Stoke have four points.