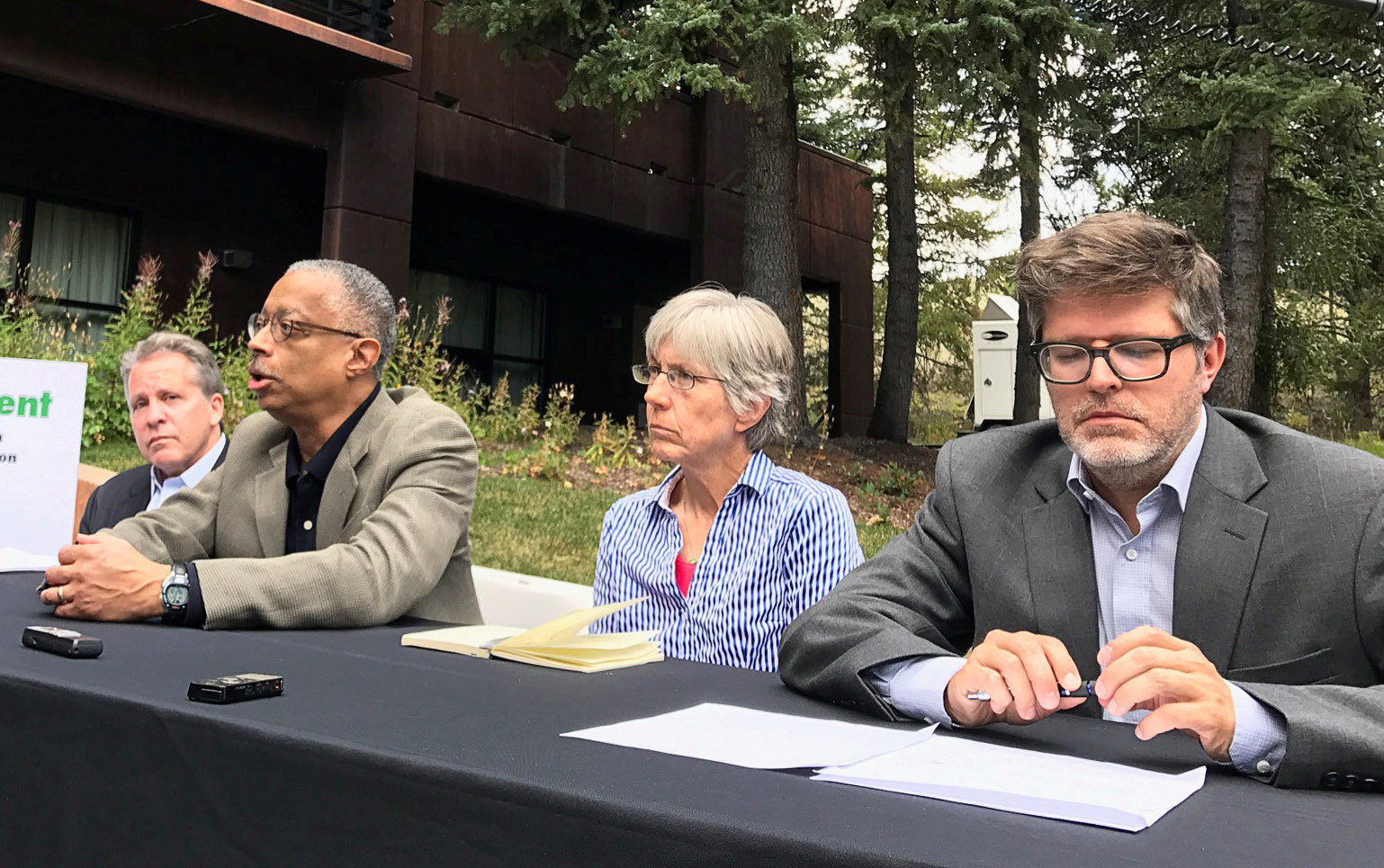 Jackson Hole (Wyoming): The world’s top central bankers gather in Jackson Hole, their confidence bolstered by a sustained return to economic growth that may eventually allow the European Central Bank (ECB) and the Bank of Japan to follow the Federal Reserve in winding down their crisis-era policies.
Yet in one key area, none of the world’s central banks has found the answer. Inflation remains well below their two percent targets, stoking a debate about whether they are missing signals of a less than healthy economy and the need for a slower path of “rate normalisation”, or that they simply don’t understand how inflation works in a globalised world.
In Japan, officials have researched behavioural causes, wondering whether businesses and families are just slower to react to economic signals than thought. European officials have blamed slow-moving union wage contracts and online shopping, while US policymakers have cited a lengthy sequence of “one-offs” in pricing from oil to cellphones to prescription drugs.
In each case the response of policymakers has been the same: wait it out and talk confidently about inflation’s return, as the Fed has put it since 2013, over “the medium term”.
Within the Fed, policymakers are debating the causes of low inflation.
“Inflation is a little bit below target and it’s kind of a mystery,” Fed Governor Jerome Powell said on Friday in Jackson Hole, adding that the Fed could be “patient” about raising rates.
Cleveland Fed President Loretta Mester said she was convinced the problem is not a weakening economy. She pointed to changes in how businesses set prices — a supply side issue she says leaves her comfortable pressing ahead with slow but steady interest rate increases.
Concerns over a recent slide in inflation have renewed questions about whether a global tightening of monetary policy can proceed, with US investors betting the Fed will have to hold off on more rate changes until later next year.
Fed Chair Janet Yellen did not address the issue in a speech on Friday that focused on financial regulation. European Central Bank President Mario Draghi, who is laying plans to scale back some of the bank’s crisis-era programmes even as expected progress on inflation has receded into 2018 and 2019, is also due to speak in Jackson Hole.
The Bank of Japan’s horizon for meeting its inflation target is around 2020.
Fed officials have not yet caved on inflation even though pricing in financial markets has shifted expectations of the next rate hike back to the middle of 2018 versus Fed forecasts of another increase this year.
”But the debate has grown more active of late and uncertainty is elevated,“ TD Securities said of the outlook for inflation in a report ahead of Jackson Hole. ”The risks are for a slower pace.”
What target?
The use of inflation targeting has been an important innovation in central banking, rooted in theories of how public expectations, central bank communication and other factors shape economic behavior. It was a recognition that how policymakers talked about inflation, and what households believed, would in part determine the outcome.
But the developed world’s alignment around a two per cent target has become a headache as much as a policy guide, with central banks trying to estimate and regulate something they acknowledge they don’t fully understand.
Bank of Japan consultants have puzzled over whether people shop and save as if they fully see the future, or whether they look at the past and only slowly adapt to change. If the latter, then what central banks say is less important.
Have a globalised supply chain, globalised wage rates, and frictionless markets anchored inflation for good? If so, then Fed officials relying on tight labour markets to lift wages and prices through resource competition will be disappointed.
Failure to meet inflation targets has prompted calls for an overhaul of policy, with suggestions of a new goal linked to growth in gross domestic product, for example. Fed researchers recently conjectured the central bank should convince the public it was shooting for 3 per cent in order to get two percent. Others like San Francisco Fed President John Williams have suggested just raising the target.
For the moment, though, the current target looks likely to stick — and the global waiting game to continue.
"Look, inflation is hard to forecast," Mester said in an interview with Reuters, noting that the most elaborate models don't do much better than simply saying inflation will be two percent and leaving it at that.