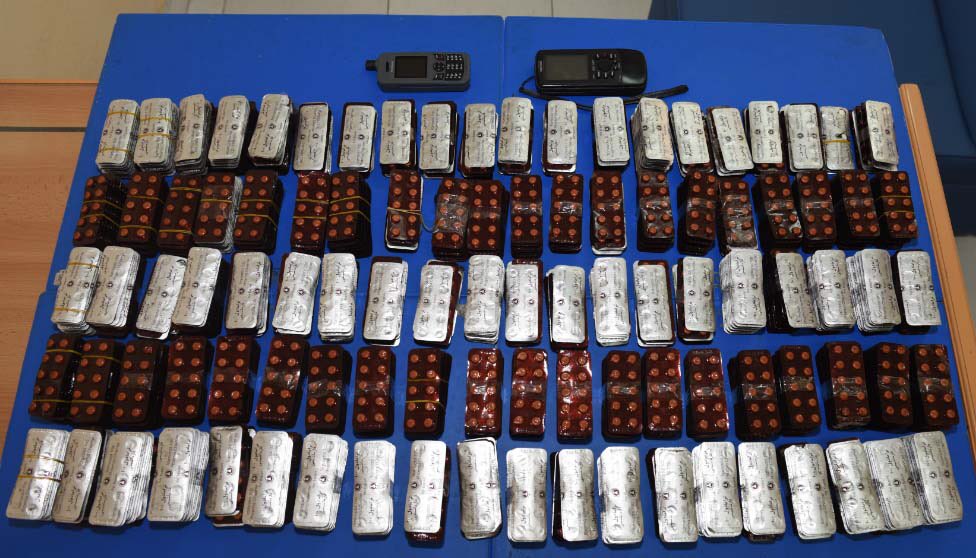 Muscat: More than a dozen people have been arrested for entering the country illegally and 9,000 pills confiscated, according to the Royal Oman Police (ROP).
“The Department of Narcotics Control and Psychotropic Substances, along with the North Batinah Police Department, in cooperation with the Coast Guard police in South Batinah, managed to seize one of the boats on the outskirts of Al Mu'tamar area in Wilayat Al Suwaiq and aboard it 17 people trying to sneak into the Sultanate's territory," the ROP said.
According to the ROP, when the infiltrators saw the coast guards, they began to throw bags into the sea.
“After confiscating the bags, more than 9,000 capsules of Tramadol were found,” the ROP said.
Three of the suspects confessed to smuggling in drugs for the purpose of trafficking, and the rest of the defendants were transferred to the Khaboura police station on charges of entering the Sultanate illegally.
Four other suspects were arrested in a separate case in Al Suwaiq for possession, abuse and trafficking of drugs.