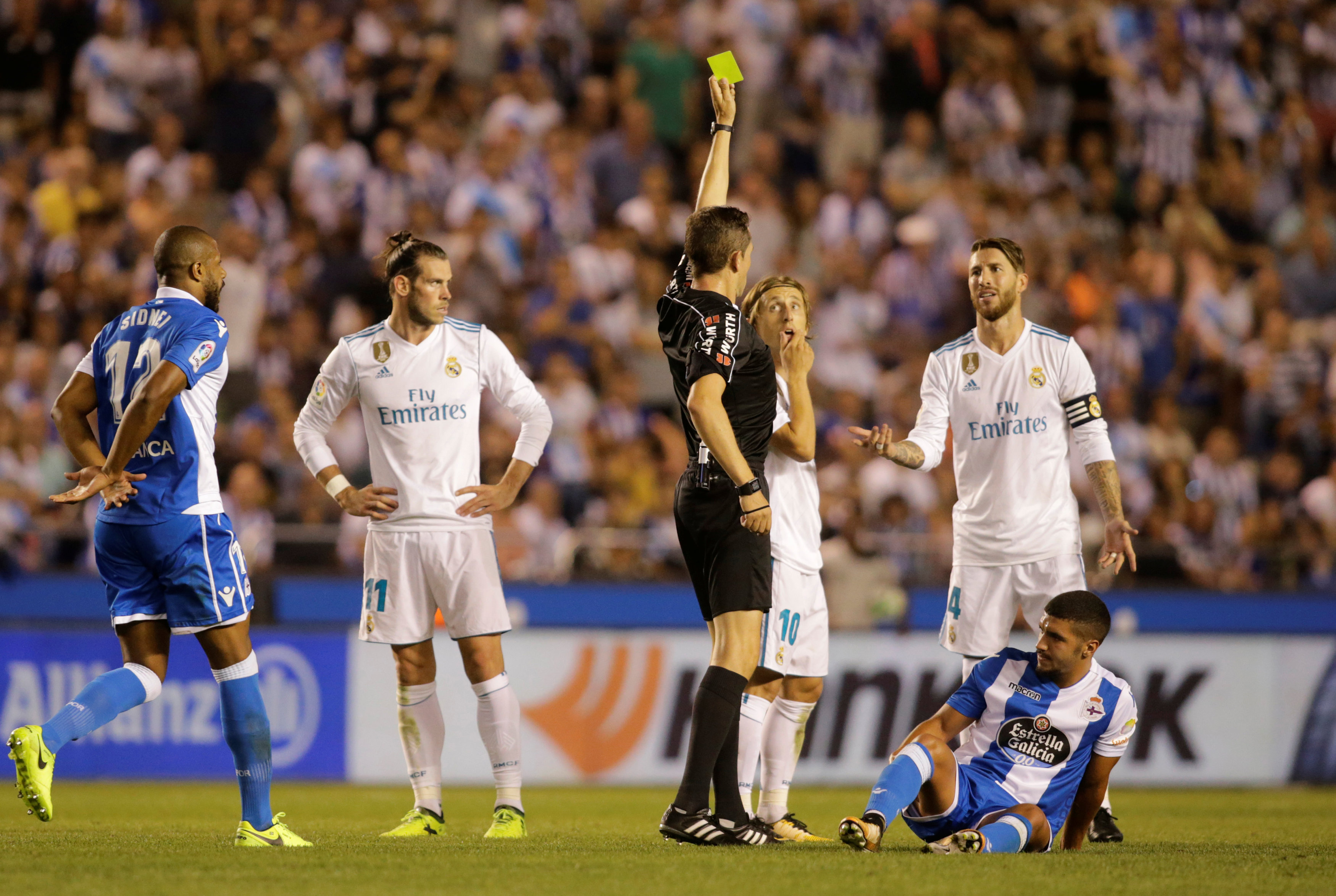 Barcelona: Real Madrid defender Sergio Ramos believes English referees are more lenient than their Spanish counterparts and has asked La Liga match officials to take a leaf out of the Premier League book after being sent off in Sunday's 3-0 win at Deportivo La Coruna.
The captain earned a second booking in injury time for elbowing Deportivo's Borja Valle while challenging for an aerial ball, adding to the yellow card he received in the second half for slapping Fabian Schar in an off-the-ball scuffle.
"In some areas we need to look more at English football and let the players play on more, I like their system better. In Europe referees are more tolerant," Ramos, who received the 23rd red card of his Real Madrid career, told reporters.
"I don't agree with the (second) yellow card, it was harsh, but I respect the opinion of the referee. I have no intention of hurting him, I just supported myself, but you learn from everything."
Explaining the first incident with Schar, which occurred when Deportivo's Zakaria Bakkali player was injured on the floor, Ramos added: "We didn't kick the ball out because they didn't do it (earlier in the game).
"They ran after me, Schar headbutted me and all I did was push him out the way without trying to hurt him."
Ramos is Real's most sent off player, with former defender Fernando Hierro trailing way behind on 12 red cards.
Out of Ramos's 23 red cards, 18 have come in the La Liga, three were shown in the Champions League and two in the King's Cup. The centre back, however, has never been dismissed in 143 games for Spain.
Five players were sent off in eight Liga games over the weekend, compared to two in nine Premier League games.