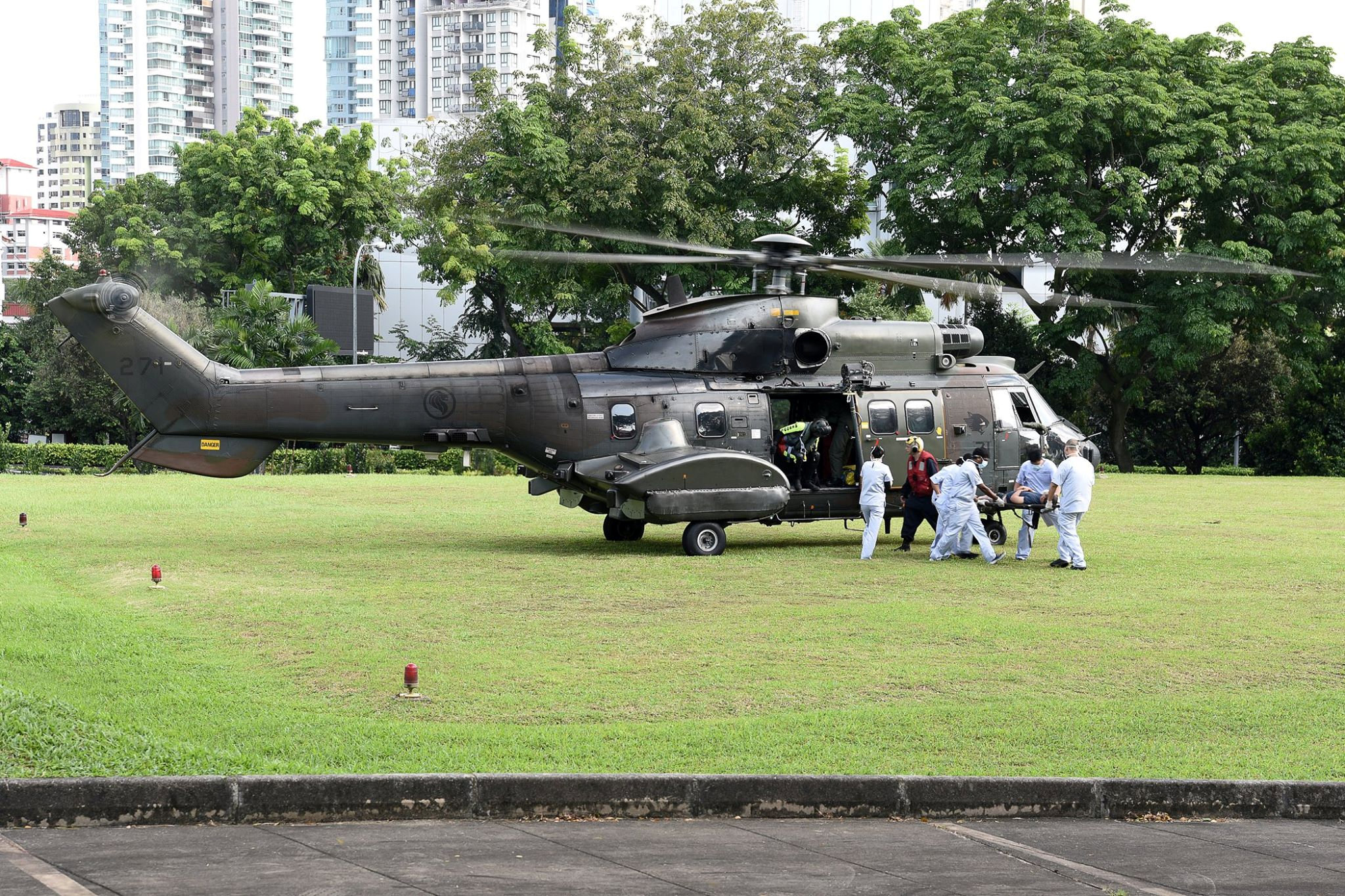 Singapore: Ten sailors are missing after a U.S. warship collided with an oil tanker east of Singapore before dawn on Monday, tearing a hole beneath the waterline and flooding compartments that include a crew sleeping area, the U.S. Navy said.
The collision between the guided-missile destroyer USS John S. McCain and the tanker Alnic MC was the second involving U.S. Navy destroyers and merchant vessels in Asian waters in little more than two months.
The ships collided while the U.S. warship was heading to Singapore for a routine port call, the Navy said in a statement.
"Initial reports indicate John S. McCain sustained damage to her port side aft," the Navy said.
"There are currently 10 sailors missing and five injured."
The destroyer had made its way to Changi Naval Base by Monday afternoon under its own power.
Significant damage to the hull had resulted in flooding to nearby compartments, including crew berthing, machinery, and communications rooms, the Navy said, but crew members were able to halt further flooding.
Four of the injured were evacuated by helicopter to a hospital in Singapore with non-life threatening injuries, while the fifth needed no further treatment.
The USS John S. McCain's sister ship, the USS Fitzgerald, almost sank off the coast of Japan after it was struck by a Philippine container ship on June 17. The bodies of seven USS Fitzgerald sailors were found in a flooded berthing area.
Collisions between warships and other large vessels are extremely rare, with naval historians going back more than 50 years to find a similar previous incident.
A search-and-rescue mission was under way for the sailors missing from the USS John S. McCain involving Singaporean ships, helicopters and tug boats, as well as U.S. Navy aircraft.
Reuters video footage from the Singapore Strait showed an area of impact about 6 metres (20 ft) wide in the John S. McCain's port side, with crew members lining her decks.
A crew member on the Alnic MC told Reuters by telephone there was no oil spill from the Liberian-flagged, 183 metre-long (600 ft) tanker, which was carrying almost 12,000 tonnes of fuel oil from Taiwan to discharge in Singapore.
"We have not discharged the tanker yet," said the crew member, who asked not to be identified.
"We are proceeding to Raffles Reserved Anchorage, where the owners will investigate the matter. There was some damage to the valve but no oil spill."
The Maritime and Port Authority of Singapore (MPA) said in a statement no injuries were reported on the Alnic, which suffered some damage to its forepeak tank well above the waterline.
"There is no report of oil pollution and traffic in the Singapore Strait is unaffected," the MPA said, stating that the collision happened in Singaporean territorial waters.
However, Malaysian navy chief Ahmad Kamarulzaman Ahmad Badaruddin told Reuters the collision happened in Malaysian waters and that Kuala Lumpur had sent vessels to assist.
The Pedra Branca area near where the collision happened has long been contested by both countries, with an international court ruling in Singapore's favour in 2008. Malaysia filed an application to review that ruling earlier this year.
"The Malaysian agencies are not involved in the search and rescue operations that is led by Singapore," the MPA said.
Indonesia said it had also sent two aircraft and two warships to assist from its nearby Riau Islands.
The waterways around Singapore are some of the busiest and most important in the world, carrying around a third of global shipping trade.
The U.S. Navy said last week it had removed the two senior officers and the senior enlisted sailor on the USS Fitzgerald following an investigation into that collision.
In a rare similar incident in 1964, the Australian destroyer HMAS Voyager was sheared in half by the aircraft carrier the HMAS Melbourne, killing 82 of the Voyager's crew.
The USS Fitzgerald and USS John S. McCain, built in the same shipyard, are both ballistic missile defence (BMD) capable ships and part of the same Japan-based destroyer squadron. The Seventh Fleet has six ships assigned to BMD patrols, with half of those out on patrol at any one time.
Asked whether the U.S. Navy would need to bring forward other ships to maintain its strength, a spokesman for the Seventh Fleet said it was "way too early to know".
The pair of maritime mishaps in Asian waters comes at a tense time in the region.
The USS John S. McCain carried out a freedom of navigation operation in the South China Sea earlier this month, coming within 12 nautical miles of an artificial island built up by China. The operation was the latest attempt to counter what Washington sees as Beijing's efforts to control the strategic waters and was described by Beijing as a "provocation".
North Korea also threatened last week to fire ballistic missiles towards the U.S. Pacific territory of Guam, ratcheting up tensions with U.S. President Donald Trump, who had threatened to unleash "fire and fury" on Pyongyang if it threatened the United States.
"Thoughts & prayers are w/ our @USNavy sailors aboard the #USSJohnSMcCain where search & rescue efforts are underway," Trump said on Twitter late on Sunday.
The U.S. Navy vessel involved in the latest collision is named for the father and grandfather of U.S. Republican Senator John McCain, who were both admirals in the United States Navy.
Senator McCain is a Vietnam War-era naval pilot who was shot down and held prisoner for five-and-a-half years. He is now undergoing treatment for brain cancer.
"Cindy & I are keeping America's sailors aboard the USS John S McCain in our prayers tonight - appreciate the work of search & rescue crews," he said on Twitter.