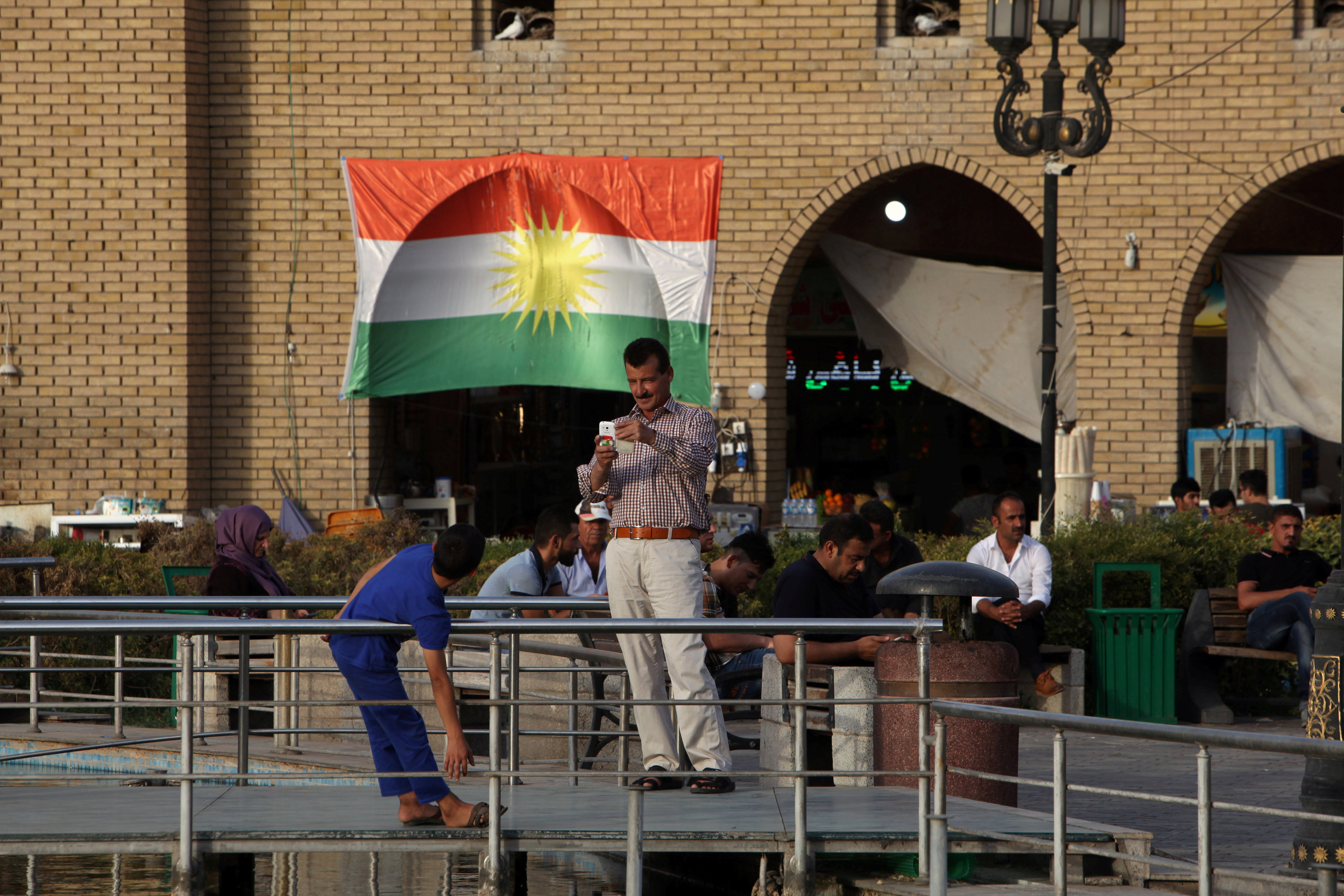 Sulamaniya: Iraq's Kurds may consider the possibility of postponing a planned September 25 referendum on independence in return for financial and political concessions from the central government in Baghdad, a senior Kurdish official said.
A Kurdish delegation is visiting Baghdad to sound out proposals from Iraqi leaders that might convince the Kurds to postpone the vote, according to Mala Bakhtiar, executive secretary of the Patriotic Union of Kurdistan (PUK) Politburo.
The United States and other Western nations fear the vote could ignite a fresh conflict with Baghdad and possibly neighbouring countries, diverting attention from the ongoing war against IS militants in Iraq and Syria.
U.S. Secretary of State Rex Tillerson formally asked Massoud Barzani, president of the autonomous Kurdistan Regional Government (KRG), 10 days ago to postpone the referendum.
"What thing would Baghdad be prepared to offer to the (Kurdish) region" in return for postponing the referendum, Bakhtiar, speaking about the talks with the ruling coalition in Baghdad, said in an interview.
On the economic side, Baghdad should be ready to help the Kurds overcome a financial crisis and settle debts owed by their government, he told Reuters in the Kurdish city of Sulaimaniya.
He estimated the debt at $10 to $12 billion, about equal to the KRG's annual budget, owed to public works contractors and civil servants and Kurdish peshmerga fighters whose salaries have not been paid in full for several months.
At the political level, Baghdad should commit to agree to settle the issue of disputed regions, such as the oil-rich area of Kirkuk where Arab and Turkmen communities also live.
The Kurdish delegation would then convey the proposals to Kurdish political parties to make a decision on whether they are good enough to justify a postponment of the vote, he said, insisting on the Kurdish right to hold the vote at a later date.
"We don't accept to postpone the referendum with nothing in return and without fixing another time to hold it," he said.
Baghdad stopped payments from the Iraqi federal budget to the KRG in 2014 after the Kurds began exporting oil independently from Baghdad, via a pipeline to Turkey.
The Kurds say they need the extra revenue to cope with increased costs incurred by the war against IS and a large influx into KRG territory of displaced people
The self-proclaimed IS "caliphate" effectively collapsed in July when U.S.-backed Iraqi forces completed the recapture of Mosul from the militants in a nine-month campaign in which Kurdish peshmerga fighters took part.
The militants remain, however, in control of territory in western Iraq and eastern Syria. The United States has pledged to maintain its support of allied forces in both countries until the militants' total defeat.
The Kurds have been seeking an independent state since at least the end of World War I, when colonial powers divided up the Middle East and left Kurdish-populated territory split between modern-day Turkey, Iran, Iraq and Syria.
Turkey, Iran and Syria, which together with Iraq have sizeable Kurdish communities, all oppose an independent Kurdistan. Prime Minister Abadi's government has rejected the planned referendum as "unilateral" and unconstitutional.
Barzani, whose father led struggles against Baghdad in the 1960s and 1970s, told Reuters in July the Kurds would take responsibility for the expected "yes" outcome of the referendum, and implement the outcome through dialogue with Baghdad and regional powers to avoid conflict.
"We have to rectify the history of mistreatment of our people and those who are saying that independence is not good," Barzani said in an interview in the KRG capital Erbil.
"Our question to them is, 'If it's not good for us, why is it good for you?'".
Iraq's majority population mainly lives in the south while the Kurds, largely secular Arabs inhabit two swathes of the north. Central Iraq around Baghdad is mixed.
Kurdish officials have said disputed areas, including the Kirkuk region, will be covered by the referendum, to determine whether they would want to remain in Kurdistan or not.
The Kurdish peshmerga in 2014 prevented IS from capturing Kirkuk, in northern Iraq, after the Iraqi army fled in the face of the militants. The peshmerga now effectively run the Kirkuk region, also claimed by Turkmen and Arabs.
Hardline militias have threatened to expel the Kurds from this region and three other disputed areas - Sinjar, Makhmour and Khanaqin.