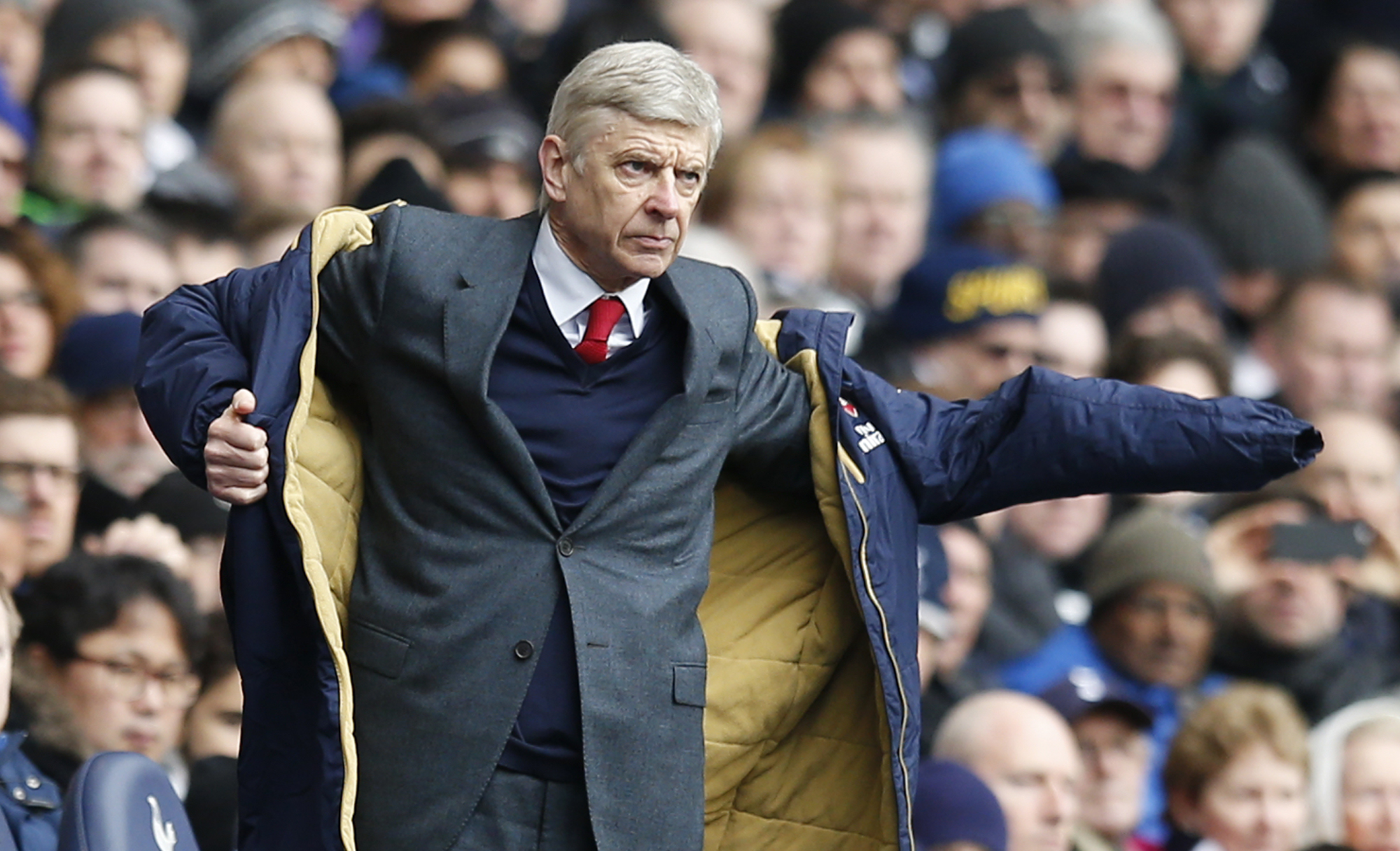 London: Francis Coquelin's needless red card cost Arsenal victory against Premier League title rivals Tottenham Hotspur on Saturday, manager Arsene Wenger said after an absorbing North London derby ended 2-2.
Arsenal, desperate to get their title ambitions back on track after consecutive league defeats, were leading through Aaron Ramsey's deft 39th-minute flick and looked in control.
But the game changed when French midfielder Coquelin, who has already been yellow-carded for handball, rashly scythed down Harry Kane when the Spurs striker was posing no threat to goal.
Within seven minutes of Coquelin's rush of blood Tottenham were leading through goals from Toby Alderweireld and Kane.
Alexis Sanchez rescued a point as he ended an 11-match run without a league goal, keeping third-placed Arsenal firmly in the title race, albeit three points behind Tottenham and potentially six behind Leicester City if the leaders win a late kickoff at Watford.
"I'm happy and proud of our attitude, we refused to lose the game," Wenger said as his side avoided four straight defeats in all competitions for the first time since 2002.
"But we have big regrets because I couldn't see when it was 11 versus 11 how we would drop points today. We made a big mistake at 1-0. (Coquelin) knows he made a mistake.
"We warned him at halftime as well. It was a mistake. He wanted to do well and mistimed his tackle and got sent off. We can't complain about it. He has to learn quickly from that. You have to be 100 (percent) committed in a controlled way."
Wenger was unhappy that Tottenham midfielder Eric Dier had not been sent off too, escaping a second yellow card for a clear shirt pull midway through the second half.
Wenger said he "did not know" whether Arsenal were still in the title race, while his opposite number Mauricio Pochettino was left to rue a missed opportunity for his young side.
The home fans were in raptures when Kane's audacious curler gave Arsenal's stand-in keeper David Ospina no chance, just a few minutes after Alderweireld smacked in the equaliser.
Tottenham are mounting their strongest title challenge since they were last English champions 55 years ago, but there was a sense of deflation at the final whistle.
"Yes it's true, it was a missed opportunity, the way we played we deserved more," Pochettino told reporters. "It's frustrating because, 11 versus 10 we needed to keep that (lead), but we have to improve and move forward."
With nine games remaining, however, he said Saturday's experience would stand his side in good stead for the run-in.
"It's good to see how we managed the game," he said. "In all aspects we showed we deserved to win the game. Today I'm more happpy than yesterday."