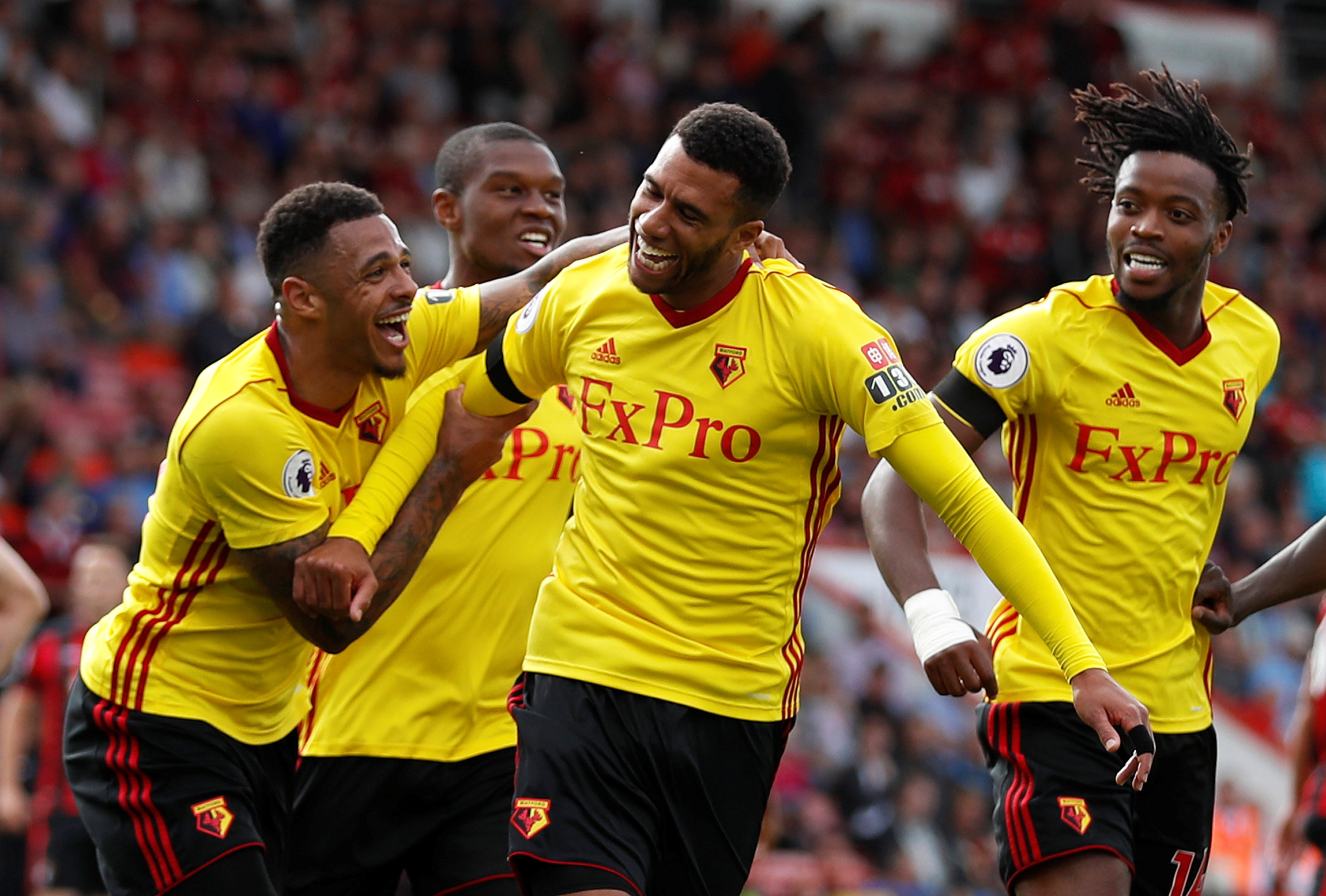 London: Brazilian Richarlison and substitute Etienne Capoue scored in the final 17 minutes as Watford ended a run of four Premier League draws against Bournemouth with a 2-0 victory at the Vitality stadium on Saturday.
In a move involving three new Watford signings, Nathaniel Chalobah broke from midfield and passed to Andre Gray who crossed low for Richarlison.
His initial effort was blocked by goalkeeper Asmir Begovic but the ball ran free and the Brazilian rose off the turf to tap it home.
Jermain Defoe made his second Bournemouth debut in 16 years with the score 0-0 but it was Capoue who made sure of the win for Watford with a shot from outside the box into the bottom corner in the 86th minute.