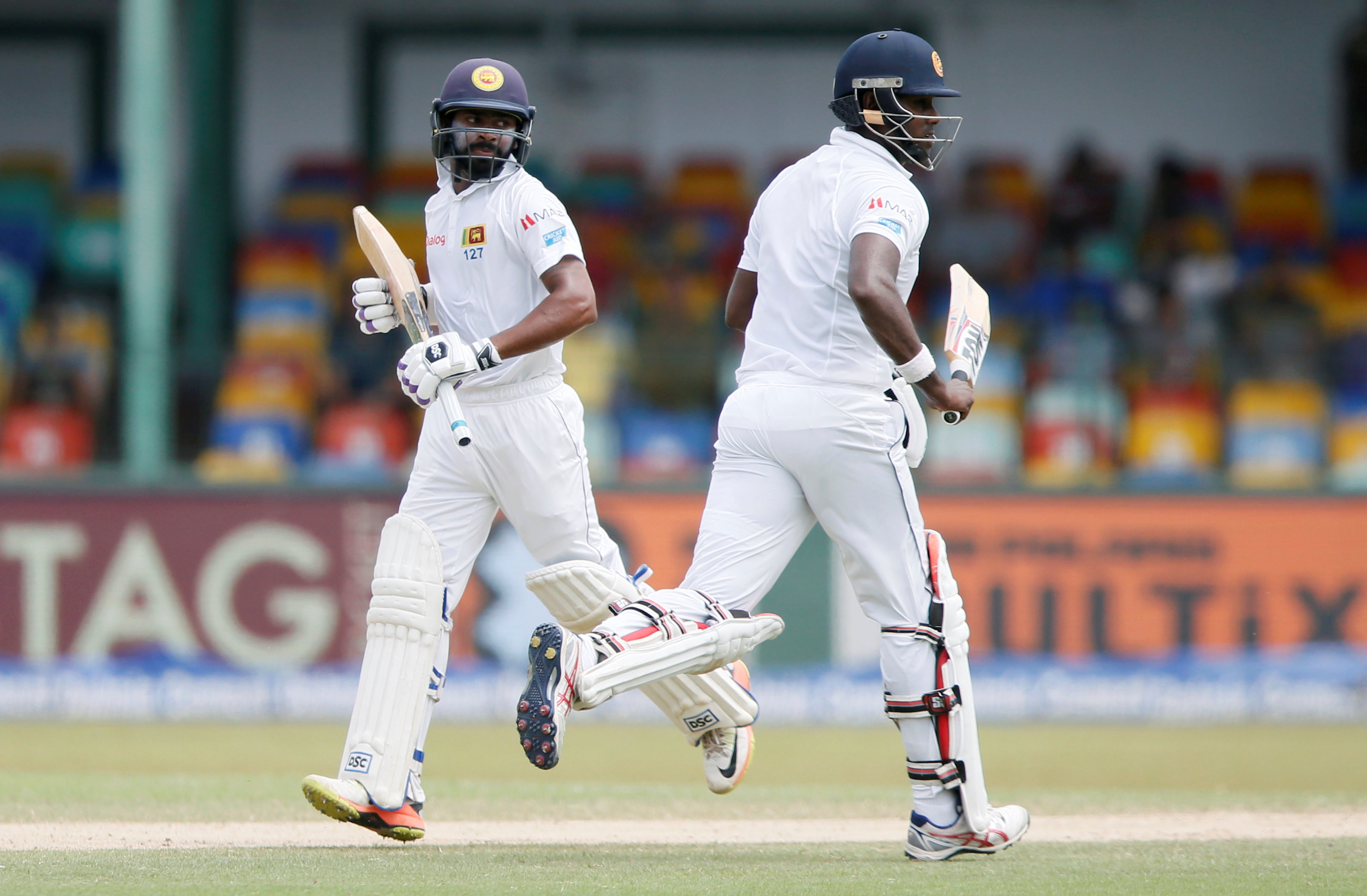 Colombo: Sri Lankan keeper-batsman Niroshan Dickwella has said that their batsmen planned to play the sweep against India's spinners and used it to good effect in the second innings of the second Test.
Sri Lanka's Dimuth Karunaratne and Kusal Mendis produced their best batting performance to keep India at bay after a first innings debacle, guiding the hosts to 209 for two at stumps on the third day.
"We weren't good in the first session. We had plans before the second innings started, on how to handle spin and how to handle pressure, how to play the new ball, etc. It was a long meeting during the lunch break and we executed those plans very well," Dickwella said at the post-match press conference.
Bowled out for 183 in the first innings after losing as many as as eight wickets in a single session, Mendis (110 off 135 balls) and opener Karunaratne (92 batting) added 191 runs.
"We didn't handle the situation properly early on. We should have settled down a bit, but we didn't. We could have settled down like in the evening session. We were more positive after lunch. I played my normal game," said Dickwella.
"I swept about 80 percent of my shots. We were training hard on sweeps and reverse sweeps. Hashan Tillakaratne and other coaches are specifically speaking about the sweep shots and encouraging us to do that. We are improving with the sweeps," he added.
He scored an attacking half century in the first innings before Lanka collapsed. Once the follow-on was enforced though, a totally different batting side emerged.
"The wicket has no issues. Our approach wasn't right in the first innings, but we had a chat before the second innings and it paid off. We had sweep shot as one of our options. We didn't want to sweep so early. After the first innings we had a different approach and that paid off for us," Dickwella said.
Mendis went on to score his third Test hundred, while Karunaratne was eight short of a century.
"They both are great players. They executed the plans and used the crease and swept well. Mendis has been a brilliant player in his small career. Track is not difficult at all. We adapted brilliantly. We had a plan and we executed them well and that's the reason why we are 209 for two," Dickwella signed off.