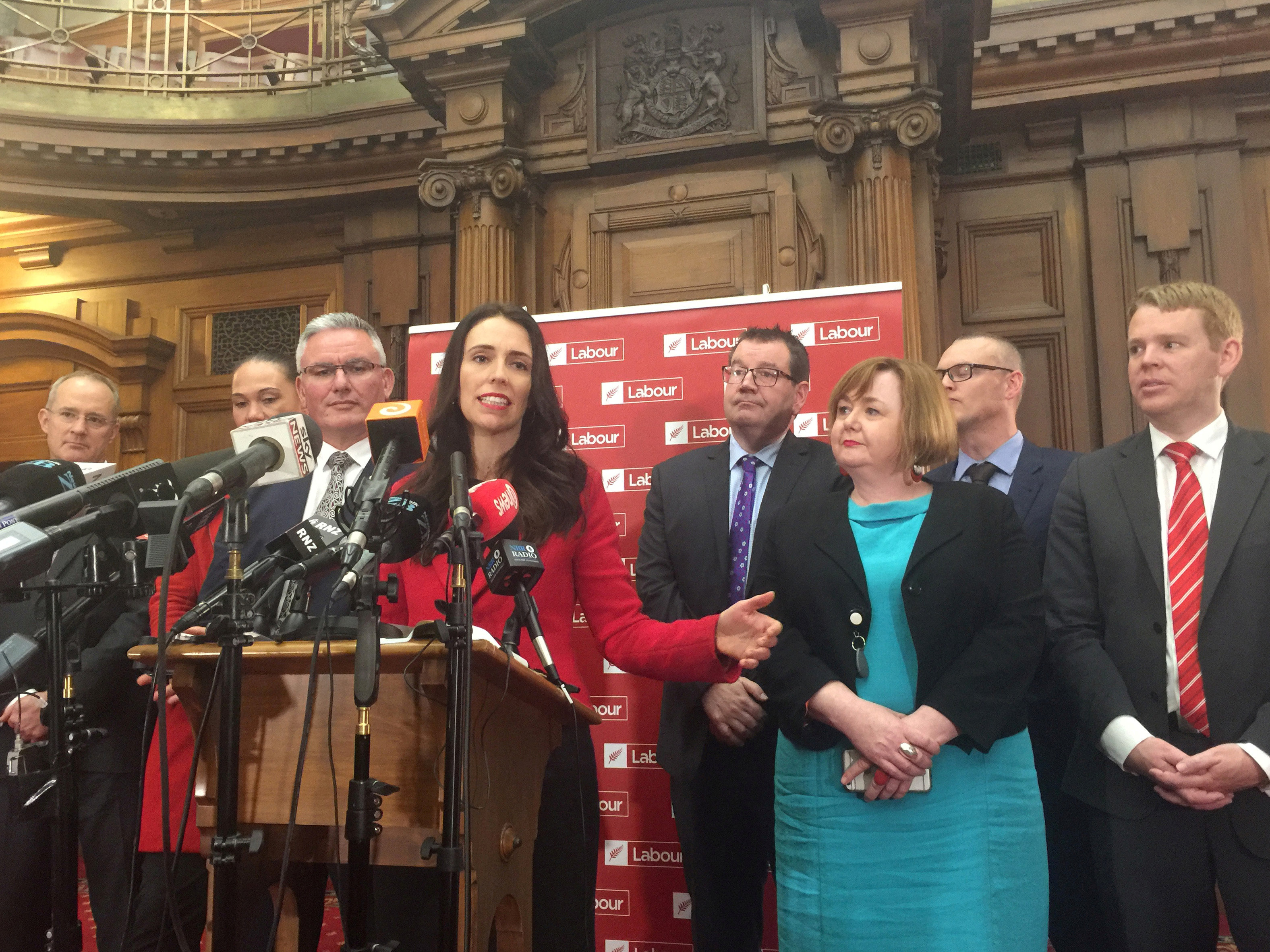 Wellington: New Zealand's charismatic new Labour leader, who took over in a desperate gamble to revive her struggling party seven weeks out from an election, spent her first 24 hours in the job fielding questions about babies rather than her policy plans.
Jacinda Ardern, 37, took over as Labour's youngest leader on Tuesday after her predecessor quit over "disturbing" opinion poll results, leaving little time to plot a strategy to break the centre-right National Party's decade-long hold on power.
One of the first questions Ardern, 37, faced on Tuesday night was about whether she had made a choice between having children or a career. She took it in her stride and said she had spoken before about the dilemma that many women face.
However, the question refused to go away and she clashed on Wednesday with a radio host who said New Zealanders needed to know whether she planned to have children, in the same way that companies would if they were employing a female worker.
Pointing her finger at AM Show panellist Mark Richardson, Ardern said "it is totally unacceptable in 2017 to say that women should have to answer that question in the workplace".
"It is a woman's decision about when they choose to have children, it should not pre-determine whether or not they are given a job or have job opportunities," she said.
The controversy was at odds with New Zealand's progressive reputation, having been the first country to give women the right to vote in 1893.
Ardern could also become New Zealand's third female prime minister while many countries, including the United States, are yet to have their first. The issue was given added resonance by Hillary Clinton's failed 2016 U.S. presidential bid.
About a third of the members in New Zealand's parliament in 2014 were women, putting it ahead of Australia and Britain but behind Germany and most Nordic countries, according to the global Inter Parliamentary Union.
"I don't think we could say New Zealand is still ahead of the curve when such a small percentage of our politicians are women, both at parliament and at local government level," said Julie Anne Genter, a member of parliament for the Green Party.
Genter also took issue with the tone of questions about Ardern's family plans. "They're just saying: 'how can you do this job if you plan to have a family?'," she said.
Figures also showed that women in New Zealand lagged behind their counterparts in Britain and Australian in representation on company boards.
With Labour facing a crushing defeat at the September 23 election, Ardern took over in the hope she could breathe new life into the party. Analysts saw it as a potential game-changer for a poll that until now had been seen as a slam-dunk for Prime Minister Bill English's National Party.