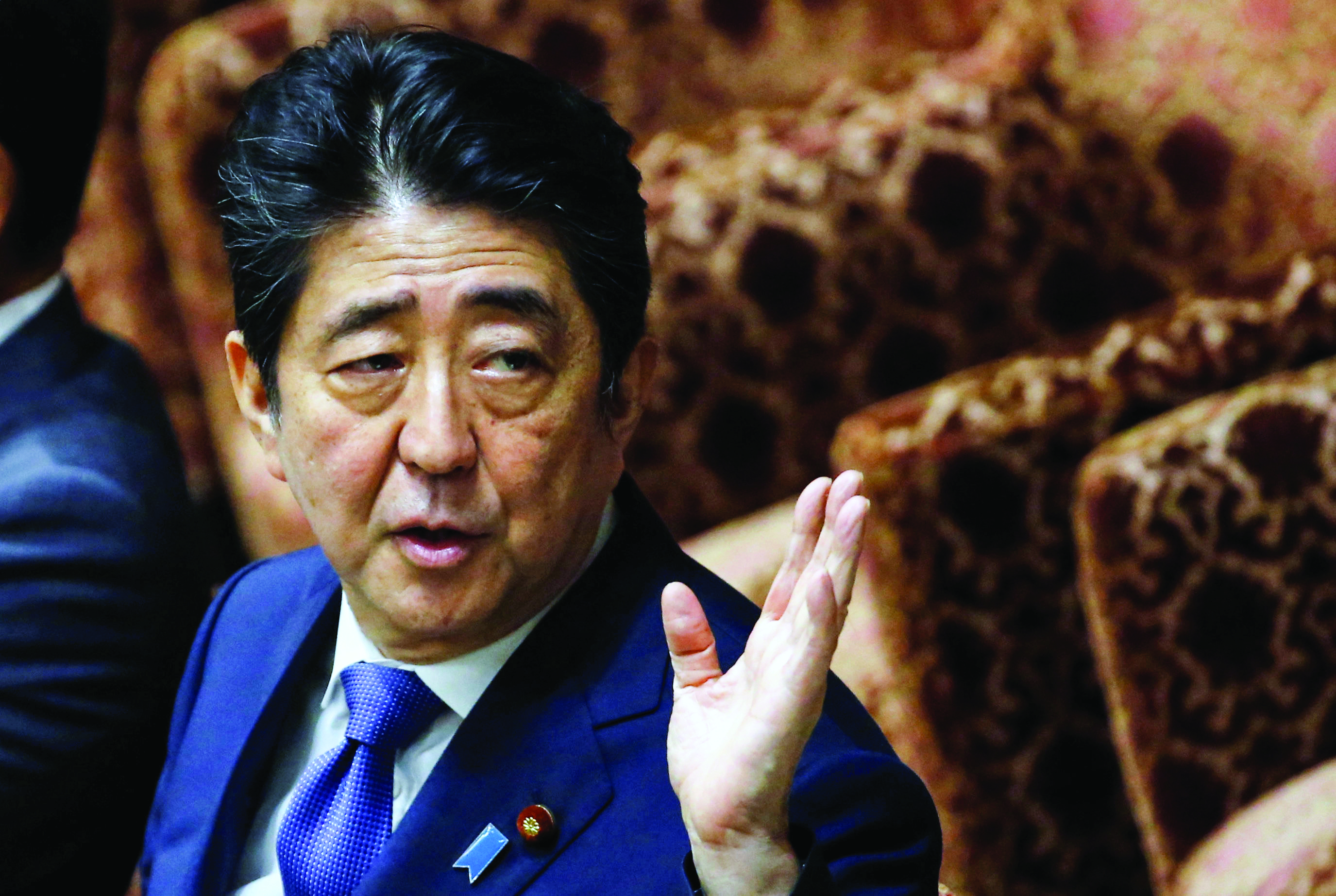 Tokyo: Japanese Prime Minister Shinzo Abe, his ratings sinking over a suspected cronyism scandal, on Monday said he had never instructed officials to give preferential treatment to a long-time friend, adding that the latter had never sought favours.
Abe and his aides have repeatedly denied intervening to help Kake Gakuen, an educational institution whose director, Kotaro Kake, is a friend of the prime minister, win approval for a veterinary school in a special economic zone.
Abe's support has plunged below 30 per cent in some opinion polls, hit by the suspected scandal and a perception among many voters that his administration is taking them for granted.
The slump is encouraging rivals and casting doubt on Abe's prospects of becoming Japan's longest-serving prime minister by winning a third three-year term when his current tenure ends in September 2018.
Abe told a special session of parliament's lower house budget committee that it was not surprising the public had doubts, given that Kake had been his friend since they were students, but added that Kake had "never once" sought favours.
"There was no request or lobbying regarding the establishment of a new veterinary school," Abe said.
Asked if he had intervened in the approval process, Abe said: "I have never issued instructions regarding specific cases."
Abe also pledged to regain public trust by "producing results", giving priority to the economy and diplomacy.
Adding to the headaches for Abe, an opposition-backed candidate on Sunday won a mayoral election for the northern city of Sendai.
That follows this month's historic defeat for the ruling Liberal Democratic Party (LDP) in elections for the Tokyo assembly, a devastating blow, since much of Abe's clout stems from his record of stacking up poll victories for the party.
A July 22-23 Mainichi newspaper poll published on Sunday showed Abe's support slipping 10 points to 26 per cent from a previous survey in June. In addition, 56 per cent of respondents did not back Abe's government, an increase of 12 points.
Abe, known to get irritated at times when grilled, admitted that previous efforts to allay public concern had fallen short.
"I want to accept this sincerely as the voice of the people," he said of the ratings slump. Abe's aide, Hiroto Izumi, and former top education ministry official Kihei Maekawa, who has accused the government of distorting the approval process for the veterinary school, clashed at the panel session.
Izumi denied Maekawa's account that he had implied in a conversation with the latter that Kake Gakuen's new school should be approved "because the prime minister cannot say so himself".
Opposition lawmakers said they were unconvinced by Abe's denials. "The people's doubts are deepening," Democratic Party member Yuichiro Tamaki told the panel.
Abe also rejected an opposition call to fire Defence Minister Tomomi Inada, a protege, over media reports of direct involvement in a ministry cover-up of documents.
Inada reiterated her denial of reports that she allowed defence officials to conceal logs of the activities of the Self-Defense Forces, as Japan's military is known, in a U.N.-led peacekeeping operation in South Sudan.
She is expected to be replaced in a cabinet reshuffle next month as Abe tries to repair his damaged ratings, a step that can backfire if novice ministers become embroiled in scandals or make gaffes.