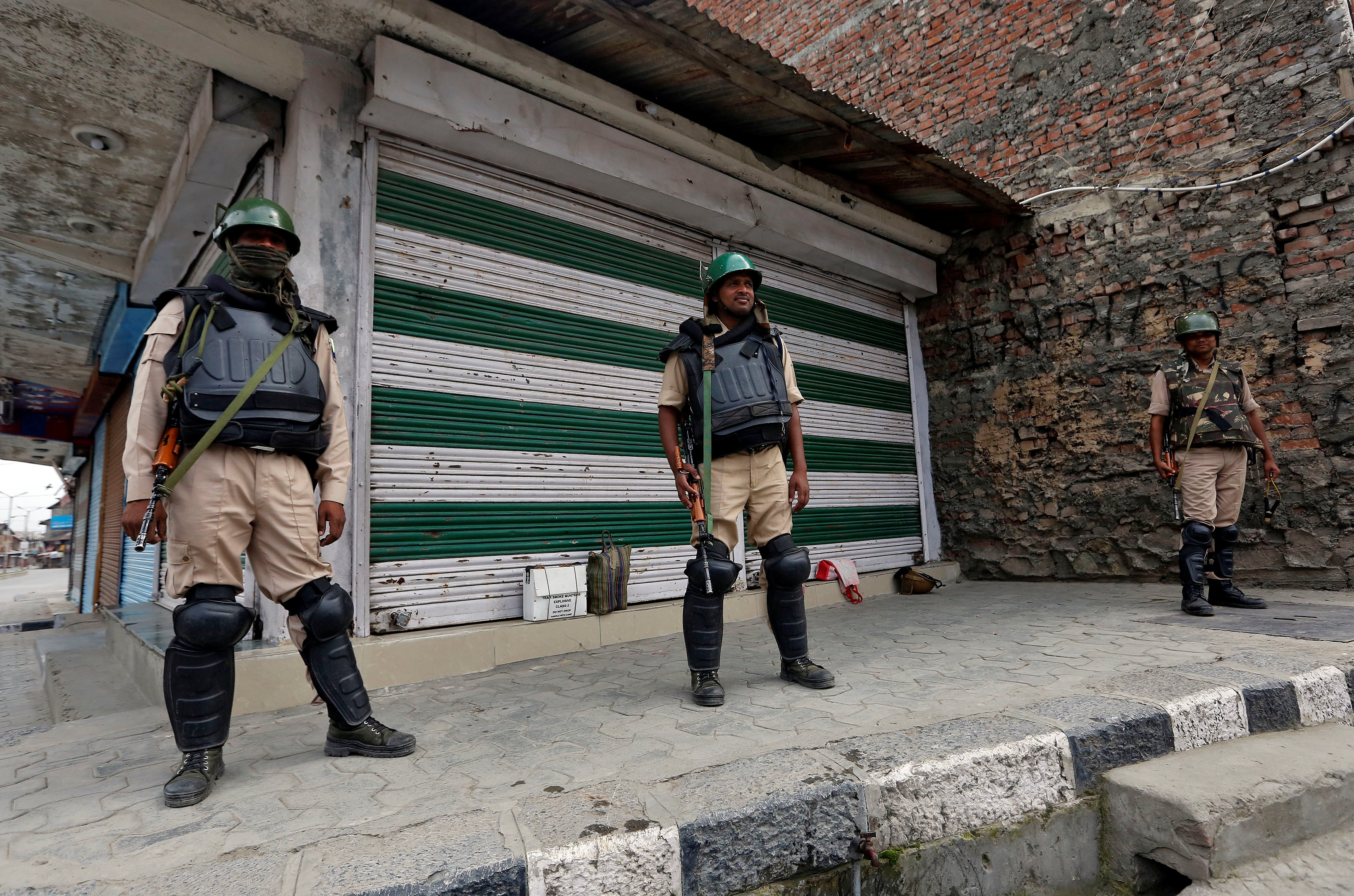 Srinagar/New Delhi: Seven people including Altaf Ahmed Shah, the son-in-law of hardline separatist leader Syed Ali Shah Geelani, were arrested on Monday by the NIA in connection with its probe into the funding of terror and subversive activities in the Kashmir Valley, officials said.
Shah, popularly known as Altaf Fantoosh, was in the custody of the Jammu and Kashmir Police, who had put him in preventive detention immediately after the festival of Eid earlier this month.
Besides him, Geelani's close aides Tehreek-e-Hurriyat spokesman Ayaz Akbar and Peer Saifullah were arrested by the National Investigation Agency (NIA) from the Valley, officials engaged in the operation said.
The NIA also arrested Shahid-ul-Islam, spokesman of the moderate Hurriyat Conference led by Mirwaiz Umer Farooq, they said.
The others arrested are Mehrajuddin Kalwal and Nayeem Khan (of the Hurriyat's Geelani faction) and Farooq Ahmed Dar alias 'Bitta Karate', they said.
The houses of those arrested had been raided by NIA sleuths last month.
Shah is perceived as an influential force in the Tehrek- e-Hurriyat.
Hafeez Saeed, the Pakistan-based chief of the Jamaat-ul Dawah, the front of the banned Lashker-e-Taiba (LeT), has been named in the FIR as an accused besides organisations such as the Hurriyat Conference (factions led by Geelani and Mirwaiz Farooq), Hizbul Mujahideen (HM) and Dukhtaran-e-Milat.
The raids were part of the NIA's efforts at clamping down on separatist groups allegedly receiving funds for subversive activities in the Valley.
The NIA had recovered account books, Rs 20 million in cash and letterheads of banned terror groups, including of the LeT and HM, from the raids.
The NIA investigation also seeks to identify the chain of players behind the financing of terrorist activities, including those who masterminded the throwing of stones at security forces, burnt down schools and damaged government establishments.
For the the first time since the rise of militancy in Kashmir in the early 1990s, a central probe agency had carried out raids in connection with the funding of separatists.
In 2002, the Income Tax department had raided the establishments of some separatist leaders, including Geelani, and seized cash and documents.