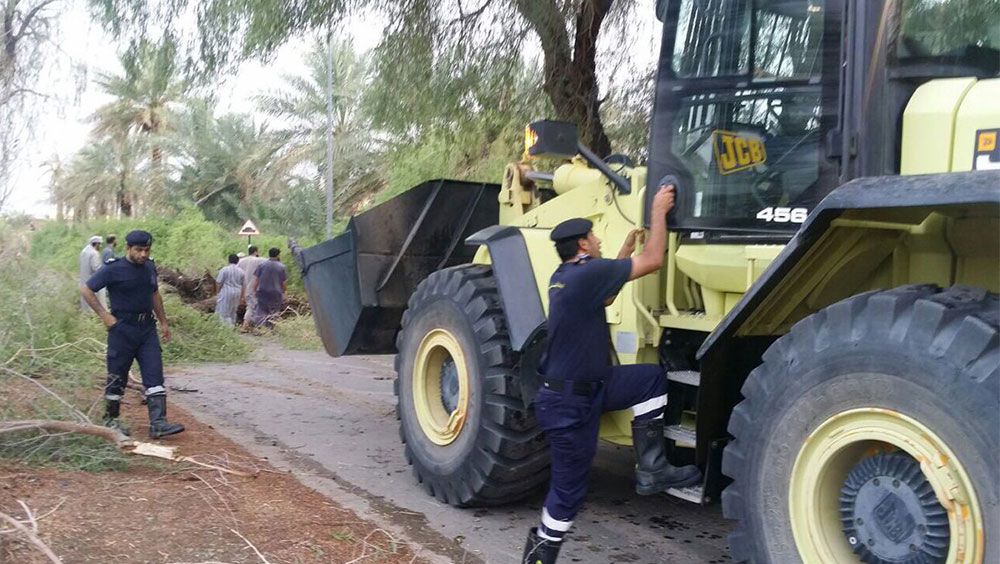 Muscat: A rainstorm that hit Ibri yesterday injured 11 people and left damaged vehicles, homes and businesses in its wake.
The Royal Oman Police (ROP) detailed the damage that the rainstorm caused to Wilayat Ibri yesterday, when it struck at 4pm.
"A rainstorm passed through Wilayat Ibri in Al Dhahira governorate at 4pm, and the storm caused some human injury. Eleven people were injured in the storm, and all have been discharged from the hospital, except for two patients who have been kept over to check over their light injuries," the ROP said.
According to the ROP, the storm also caused damage to a few vehicles, ceilings that were built with unstable material, traffic signposts and boards, electricity and light polls, as well as a few trees.
Pictures that were posted by the ROP show a collapsed ceiling, and an overturned truck. Another picture shows bellowing trees and debris, and a fourth picture illustrates efforts from the ROP and residents to clear a road path of trees that have fallen.
"The efforts of government institutions, as well as citizens and residents of the area, have brought things back to normal. The Royal Oman Police commends all parties that were involved, and calls for everyone to take caution during times of storm, rainfall, and strong winds," the ROP added.