China trade with sanctions-struck N.Korea up 10.5 pct in first half 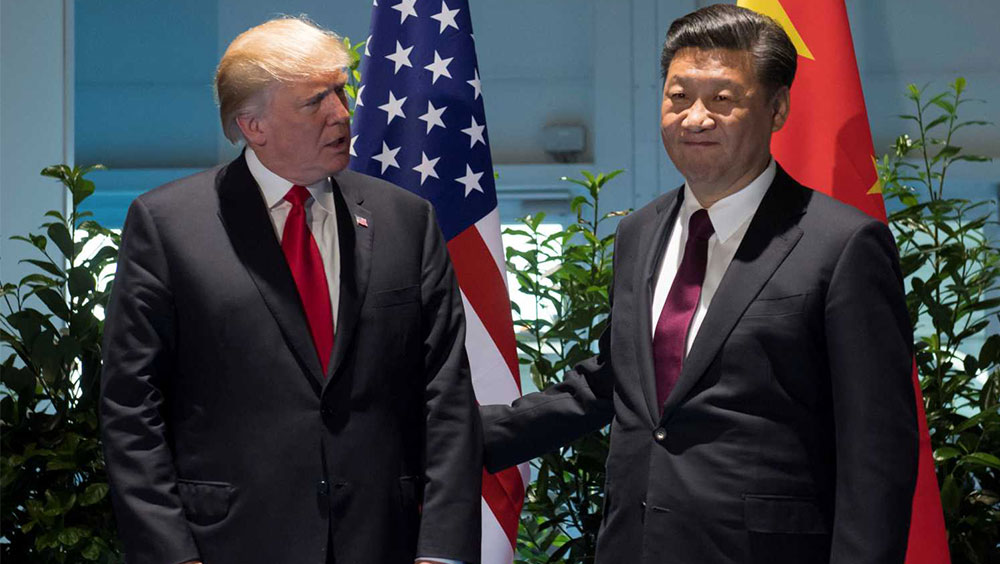 Beijing: China's trade with isolated North Korea rose more than 10 per cent in the January-June period from a year earlier, a Chinese official said on Thursday, amid pressure from the United States for Beijing to do more to rein in its erstwhile ally.
Last week U.S. President Donald Trump denounced China's trade with North Korea, saying it had grown almost 40 per cent in the first quarter, and cast doubt on whether Beijing was helping to counter the threat from North Korea.
China has repeatedly said it is fully enforcing United Nations sanctions on nuclear-armed North Korea and there is nothing wrong with what it terms "normal" trade with Pyongyang, referring to areas not covered by sanctions.
Chinese customs spokesman Huang Songping told a briefing on China's overall trade figures that total trade with North Korea expanded by 10.5 per cent to $2.55 billion in the first six months of the year.
While China's imports from North Korea dropped 13.2 per cent to $880 million in the period from January to June, exports to North Korea rose 29.1 per cent to $1.67 billion, he said.
The exports were largely driven by textile products and other traditional labour-intensive goods not included on the United Nations embargo list, Huang added.
"As neighbours, China and North Korea maintain normal business and trade exchanges," he said, adding that goods for ordinary people and those used for humanitarian reasons are not subject to sanctions.
The figures show overall trade in dollar terms with North Korea rose about 12 per cent in June from a month earlier, to $499 million, according to Reuters calculations based on previously released data.
The calculations do not reflect revisions to earlier figures that may not have been announced.
Enforcing resolutions
Numbers showing an increase are not evidence that China is failing to enforce U.N. resolutions, with imports from North Korea falling every month since March, Huang added.
China suspended imports of North Korean coal in February, while imports of iron ore accord with relevant U.N. resolutions, he said.
"China customs have all along fully, accurately, conscientiously and strictly enforced relevant Security Council resolutions."
Adding to the potential for further U.S.-China trade friction, China had a $25.4-billion trade surplus with the United States in June, up from $22.0 billion in May, customs data showed. The surplus with the United States was China's largest since October 2015.
While China has been angered by North Korea's repeated nuclear and missile tests, it also blames the United States and South Korea for worsening tension with their military exercises and not doing enough to get talks back on track, as Beijing has proposed.
Though Trump took a more conciliatory tone on the North Korea issue and China's role at a meeting with Chinese President Xi Jinping on Saturday, Beijing has begun taking a harder rhetorical line with Washington in the past few days.
China's Foreign Ministry this week urged a halt to what it called the "China responsibility theory" on North Korea, saying all parties needed to pull their weight.
Trade between China and North Korea has declined in both 2015 and 2016, a senior government-backed academic said in a front-page comment in the overseas edition of the official People's Daily on Wednesday.
"Certain countries have no right to make wanton criticisms of China," wrote Su Xiaohui of the Foreign Ministry think-tank, the China Institute of International Studies.
An "unexpected" jump in first-quarter trade between China and North Korea masked a declining trend, the state-run Global Times newspaper said last week.