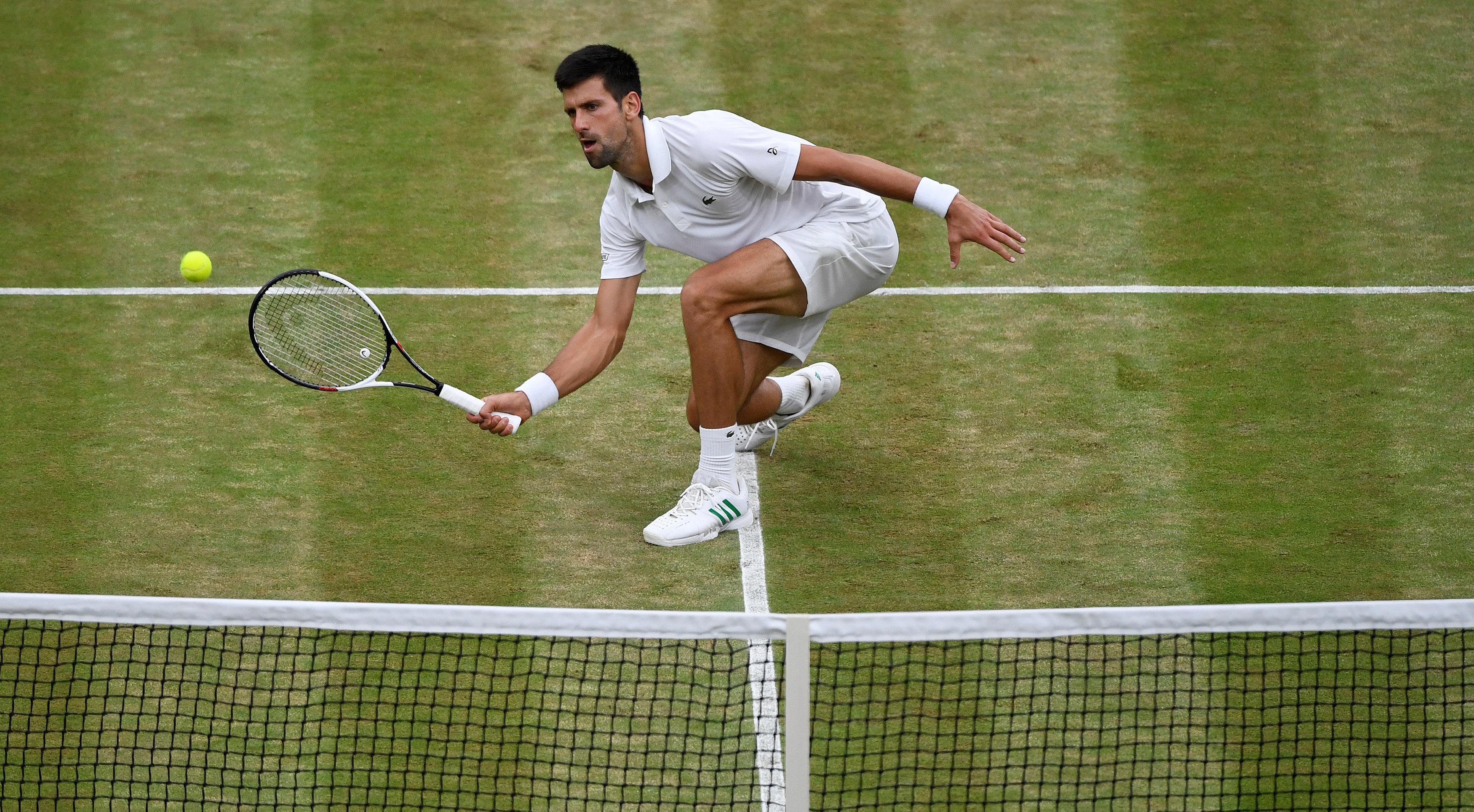 London: Second seed Novak Djokovic complained of a "hole" on Centre Court at Wimbledon after beating Adrian Mannarino in his delayed fourth-round match on Tuesday.
Djokovic highlighted a problem with the surface to the chair umpire late in his three-set win.
"During the match I mentioned that there is a hole in the middle of the court, middle of the service line and he asked me to show him and I did. He was not very pleased to see that," Djokovic told the BBC.
The Serb is not the first player at this year's tournament to comment negatively about the quality of the courts but said he understood the difficult job facing the groundstaff.
"The courts honestly are not that great this year and many players feel the same. It is what it is, the weather also affects the grass.
"Grasscourt groundsmen I am sure they know their job the best in the world but the grass is probably the most complex surface to maintain, it is not easy. They are trying their best but I've played on better courts," he said.
Djokovic will face Czech Tomas Berdych in the last eight on Wednesday.