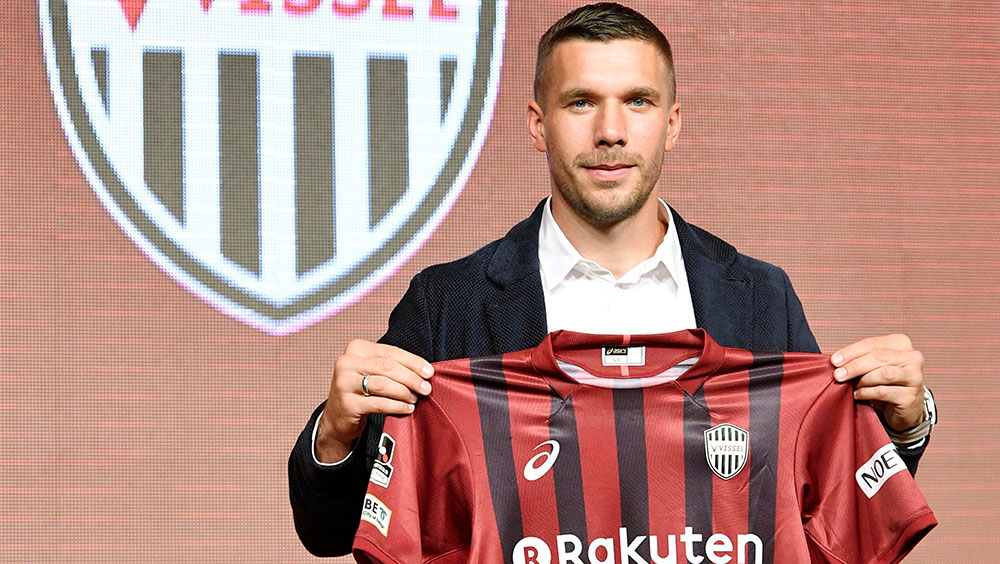 Tokyo: Germany's Lukas Podolski has set his sights on helping Vissel Kobe qualify for the Asian Champions League in his maiden J.League season, the World Cup-winning forward said on Thursday.
Podolski became the biggest name to arrive in the J.League since Uruguayan striker Diego Forlan joined Cerezo Osaka in 2014 when the 32-year-old signed an estimated $5.3 million deal to make the switch from Galatasaray.
"I don't feel any pressure because I have had pressure since I started playing football," Podolski, a member of Germany's 2014 World Cup winning team, told a news conference in Kobe.
"It is not a problem, it is a big challenge for me. I don't play in Europe, I play now in the J.League and Asia, so it is a big move, of course, but I have a target."
"The first target is to fight for the first three places (in the J.League) to qualify for the Champions League," said Podolski who is set to make his debut in a July 29 home match against Omiya Ardija.
Kobe had wanted Podolski to join them before the spring transfer window closed on Mar. 31 and will expect him to lift the club, currently lying 11th and 13 points behind leaders Kashima Antlers, in the second half of the season.
"I am here now to help everyone. I am not alone. I know my team mates will help me. Now we have to go train hard and fight on the pitch for 90 minutes and get three points every game," added the former Bayern Munich and Arsenal player.