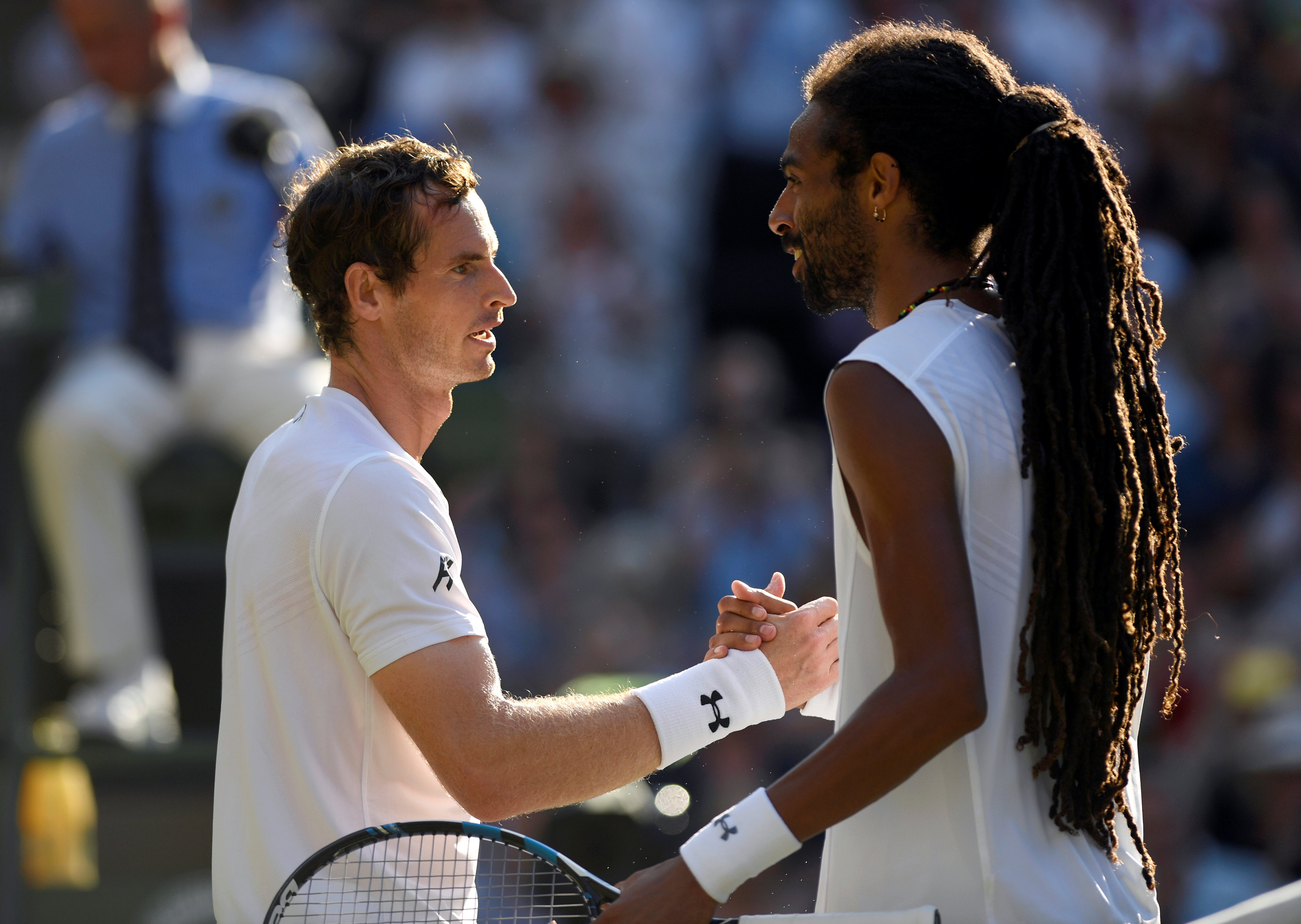 London: Defending champion Andy Murray outclassed German maverick Dustin Brown 6-3, 6-2, 6-2 in an entertaining match of exhibition style points on Wednesday, overcoming a potentially tricky opponent with a reputation for giant-killing.
Brown, ranked 97th in the world, beat twice champion Rafael Nadal in the second round in 2015 and set out his familiar game plan of baffling drop shots right from the start.
But despite being moved all round the court by a barrage from Brown in the blazing heat, Briton Murray gave as good as he got -- and better -- playing the same shots with more accuracy and control.
Murray only rarely showed signs of the sore hip that has been troubling him and he came through an easy winner.
"He started very well and was coming up with great drop volleys and really going for the returns," the world No. 1 said.
"Once I got the break in the first set, I felt the momentum was with me, I was starting to see the shots he was going to play a little bit quicker and that allowed me to get to some of the drop volleys and also come up with some good passing shots."
The top seed's win was greeted by huge cheers from the home crowd who are hoping to see the 30-year-old twice champion become the first British player to retain a grand slam title since Fred Perry in the 1930s.
"It has been a good start, hopefully, keep it going," said Murray, who plays Italy's Fabio Fognini, seeded 28th, in round three.