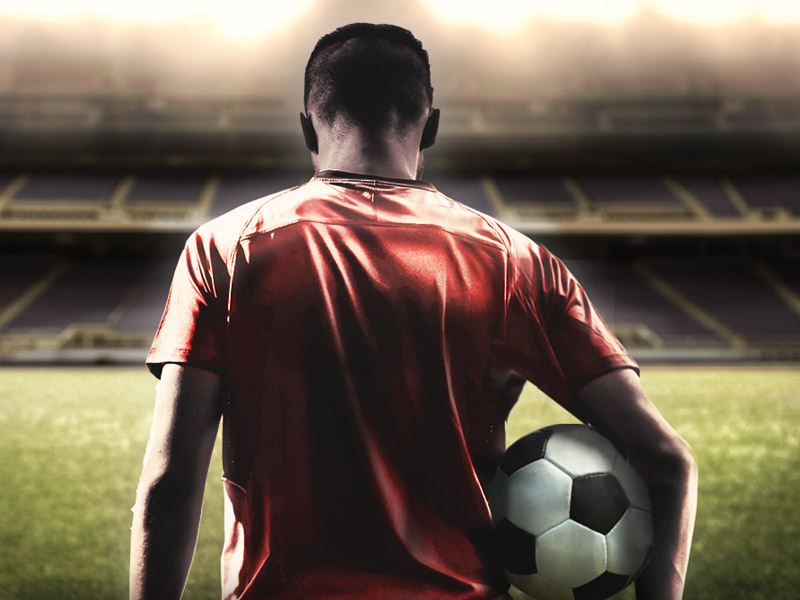 The world of gaming is changing: with the next generation of gamers spending more time than ever on their phones, developers are tapping into this vast market, but having catered to techies across PCs and consoles for so long, the transition into mobile gaming is not always smooth. FIFA, for example, did so well on consoles and across PCs, but struggled to adapt its overwhelmingly popular game for mobile phones and tablets, creating a gulf that few were able to successfully bridge. Score: Hero, though, is a game that does just that.

Not only does it manage to successfully retain the edge-of-your-set excitement that only comes from an adrenaline-inducing sports game, it also manages to successfully keep matches short, sharp and simple: The modus operandi for any handheld game.
Made by the Brainiacs at First Touch Games, Score: Hero puts you on the path of a professional footballer. For the sake of this article, let’s choose a nice, exotic name, one that originates from a faraway land. A name like, um, Melvin. Yes, Melvin.

Gamers are thrust into the long, arduous, and excitingly challenging career of guiding Melvin across world of football, from the time he’s sent out on trial having just done up his shoelaces, all the way to when he’s a grizzled thirty-something veteran, now in the twilight of his playing career.
Score: Hero is a truly unique gaming experience. Unlike its more mainstream contemporaries, where players are asked to choose a position for their newly-minted avatars, this game places you in the position of an attacker – who doesn’t love scoring goals after all – and provides you a set of three objectives from every match.

These might range from the simple – score three goals with your hero – for example, to something that’s agonisingly impossible – like arrowing your free-kick into the top corner – and then awards you points on the basis of the number of objectives achieved.
It’s the thrill of ticking these virtual boxes that spurs gamers to take Melvin’s career to new levels, from a humble substitute across one of Europe’s lesser-known clubs, to a soccer superstar leading the line among the world’s finest players.

What makes Score: Hero a game that makes you want to (metaphorically) dive in over and over again that offers a glimpse into what a footballer’s career arc is truly like, with defining moments, such as Melvin’s first professional goal, to his debut clad in the raiment shared by some of Europe’s finest – in my case, he ended up playing for Bayern Munich and AS Roma, before heading back to his native France – to his international debut (yes, that’s there too).

It may not seem like it on the surface, but Score: Hero’s simple, slick game is studded with plenty of emotive moments, and it’s reaching these little milestones that make playing the game so worthwhile. There’s no fiddly little virtual joystick here either: A mainstay of many mobile-phone video games, this game instead employs a simple touch-and-drag model that makes passing and shooting not just simple, but fun as well.

Many are sure to scoff at this sort of control mechanism, but dig a little deeper, and the effortless simplicity of it all comes to the fore: It’s not, for example, as facile as drawing a line between you and your teammate, but actually involves curling it around the opponent.
Again, while this might seem simple, more often than not, plotting the path to goal could be undone by even the smallest of mistakes, making you start that particular match from the very beginning – you could, of course, undo this, but that costs money, in the form of in-game Hero Bux (the game does throw you free rewinds every now and then, though).

From the rain-soaked fields of Leicester, to the sparkling spotlights of the Theatre of Dreams at Manchester United, from sunny, sunny, New York to the glitz and glam of FC Barcelona, Score: Hero is a game that plonks lovers of the beautiful game right in the centre of a footballer’s career.
And all of it is available in the palm of your hand.
— [email protected]