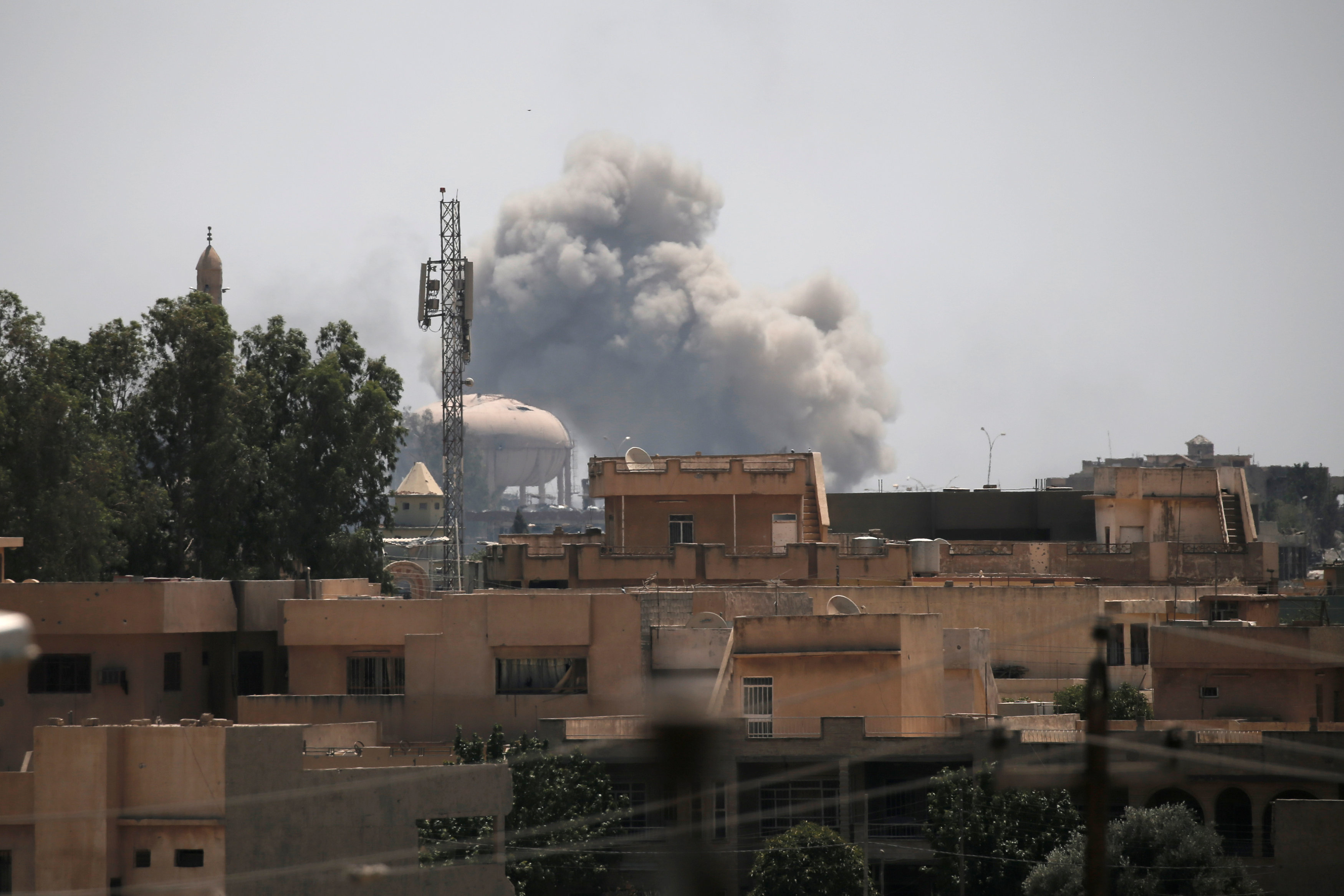 Mosul (Iraq): U.S.-backed Iraqi forces on Wednesday began a push towards the mosque in Mosul, military officials said.
The forces had encircled the militant group's stronghold in the Old City of Mosul, where the mosque is located, on Tuesday, they said.
The Counter Terrorism Service (CTS) are 200 to 300 were metres (yards) away from the medieval Grand Al Nuri Mosque, an Iraqi military statement said.
Major General Rupert Jones, the British deputy commander of the international coalition fighting IS , told Reuters the Iraqi forces were about 300 metres from the mosque.
The U.S.-led coalition is providing air and ground support to the Mosul offensive that started on October 17.
The militants' leader, Abu Bakr Al Baghdadi, proclaimed himself caliph from its pulpit after the insurgents overran parts of Iraq and Syria. His black flag has been flying over its famous leaning minaret since June 2014.
Iraqi officials have privately expressed the hope that the mosque could be captured by Eid Al Fitr, the festival marking the end of Ramadan, the fasting month. The first day of the Eid falls this year on June 25 or 26 in Iraq.
The battle for the Old City is becoming the deadliest in the eight-month-old offensive to capture Mosul, IS's de facto capital in Iraq.
More than 100,000 civilians, of whom half are children, are trapped in its old fragile houses with little food, water, medicine, no electricity and limited access to clinics.
The International Committee of the Red Cross said on Monday sick and wounded civilians escaping through IS lines were dying in "high numbers".
"We are trying to keep families inside their houses and, after we secure their block, we will evacuate them through safe routes," Lieutenant General Abdul Ghani Al Assadi, senior CTS commander in Mosul, told Iraqi state TV.
The militants are moving stealthily in the Old City's maze of alleyways and narrow streets, through holes dug between houses, fighting back the advancing troops with sniper and mortar fire, booby traps and suicide bombers.
They have also covered many streets with sheets of cloth to obstruct air surveillance, making it difficult for the advancing troops to hit them without a risk to civilians.
"We are attacking simultaneously from different fronts to fraction them into smaller groups easier to fight," said an officer from the Federal Police, another force taking part in the assault on the Old City,
The Iraqi army estimates the number of IS fighters at no more than 300, down from nearly 6,000 in the city when the battle of Mosul started on October 17.
The fall of Mosul would, in effect, mark the end of the Iraqi half of the "caliphate" even though IS would continue to control territory west and south of the city, the largest they came to control in both Iraq and Syria.
The Iraqi government initially hoped to take Mosul by the end of 2016, but the campaign took longer as militants reinforced positions in civilian areas to fight back.
The militants are also retreating in Syria, mainly in the face of a U.S.-backed Kurdish-led coalition. Its capital there, Raqqa, is under siege.
About 850,000 people, more than a third of the pre-war population of Mosul, have fled, seeking refuge with relatives or in camps, according to aid groups.