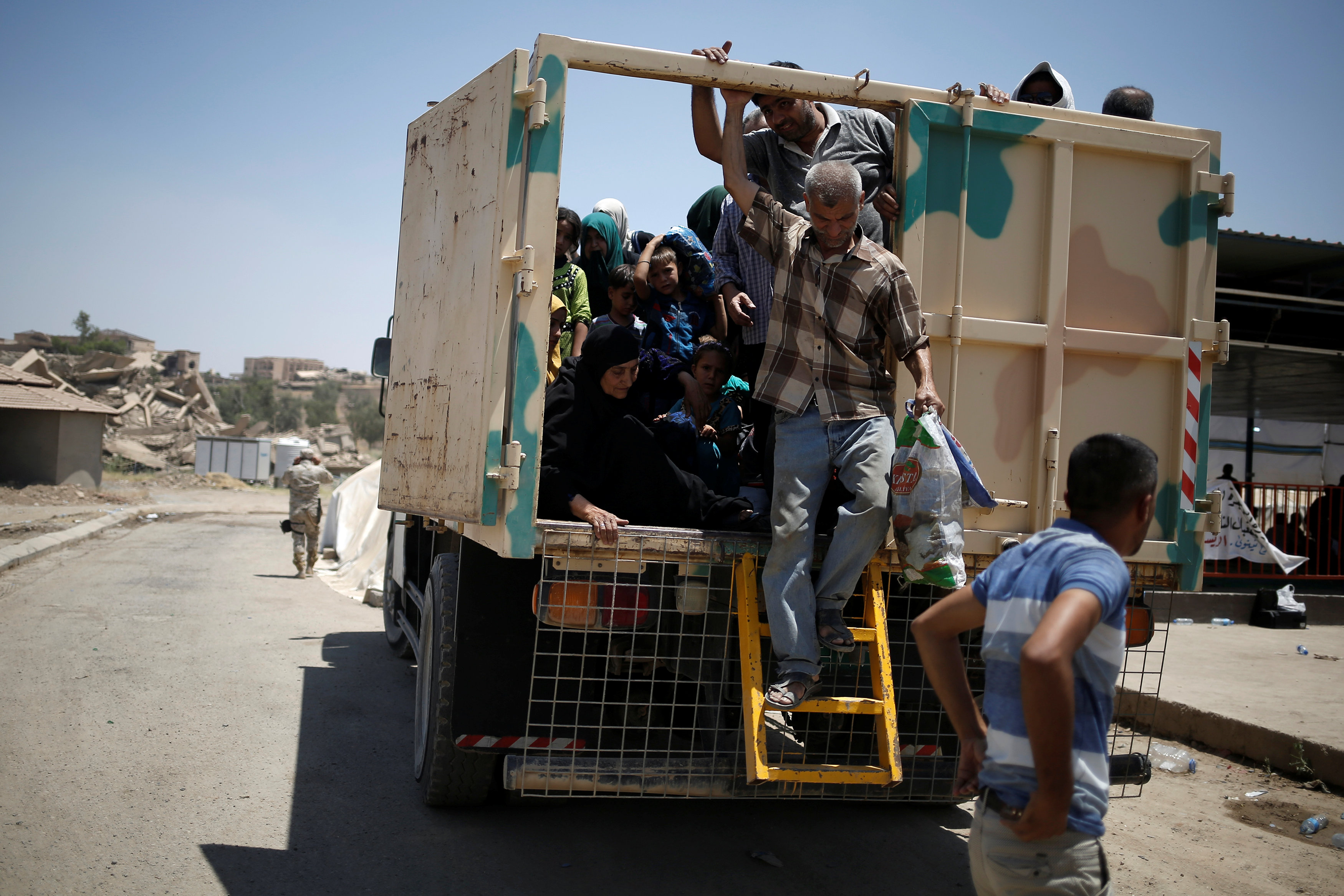 Erbil (Iraq): Iraq's army said it had encircled IS' stronghold in the Old City of Mosul on Tuesday after taking over an area to the north of the densely populated historic district.
The army's 9th armoured division seized Al Shifaa district, which includes the city's main hospitals, alongside the western bank of the Tigris river, a military statement said.
The fall of Shifaa means the Old City in the eastern half of Mosul is now surrounded by U.S.-backed government forces, deployed north, west, south and east, across the river.
The battle for the Old City is becoming the deadliest in the eight-month old U.S.-backed offensive to capture Mosul, IS' de facto capital in Iraq and the largest city the group came to control in the country.
A mine explosion on Monday at the Old City frontline killed two journalists, Stephane Villeneuve from France and Bakhtiar Haddad from Iraq, and wounded two other French reporters, according to foreign ministry and diplomatic sources in Paris.
Aid organisations are expressing alarm at the situation of more than 100,000 civilians, of whom half are children, trapped in its old fragile houses with little food, water and medicine and no electricity.
The International Committee of the Red Cross said on Monday sick and wounded civilians escaping through IS lines were dying in "high numbers".
The militants are moving stealthily in the Old City's maze of alleyways and narrow streets, through holes dug between houses, fighting back the advancing troops with sniper and mortar fire, booby traps and suicide bombers.
They have also covered many streets with cloths to obstruct air surveillance, making it difficult for the advancing troops to hit them without a risk to civilians.
The Iraqi army estimates the number of IS militants at no more than 300, down from nearly 6,000 in the city when the battle of Mosul started on October 17.
A U.S.-led international coalition is providing air and ground support.
A programme presenter who had worked for IS' Mosul-based Al-Bayan radio station, Alaa Sami al-Khateeb, was arrested on Tuesday in eastern Mosul, according to an Iraqi army statement.
Al-Khateeb was denounced by residents, it said.
The fall of Mosul would, in effect, mark the end of the Iraqi half of the "caliphate" that IS leader Abu Bakr Al Baghdadi declared three years ago and which once covered swathes of Iraq and Syria.
The Iraqi government initially hoped to take Mosul by the end of 2016, but the campaign took longer as militants reinforced positions in civilian areas to fight back.
The militants are also retreating in Syria, mainly in the face of a U.S.-backed Kurdish-led coalition.
Its capital there, Raqqa, is under siege.
About 850,000 people, more than a third of the pre-war population of the northern Iraqi city, have fled, seeking refuge with relatives or in camps, according to aid groups.

Iraq's Prime Minister Haider Al Abadi headed on Tuesday to Iran, the second leg of a Middle East tour after Saudi Arabia to pursue efforts to foster regional reconciliation and coordination against terrorism.
Iraq and Saudi Arabia agreed to set up a coordination council to upgrade strategic ties, a joint statement said on Tuesday at the end his talks with the Custodian of the Two Holy Mosques Saudi King Salman bin Abdulaziz Al Saud a day earlier.
After Iran, he will visit Kuwait.