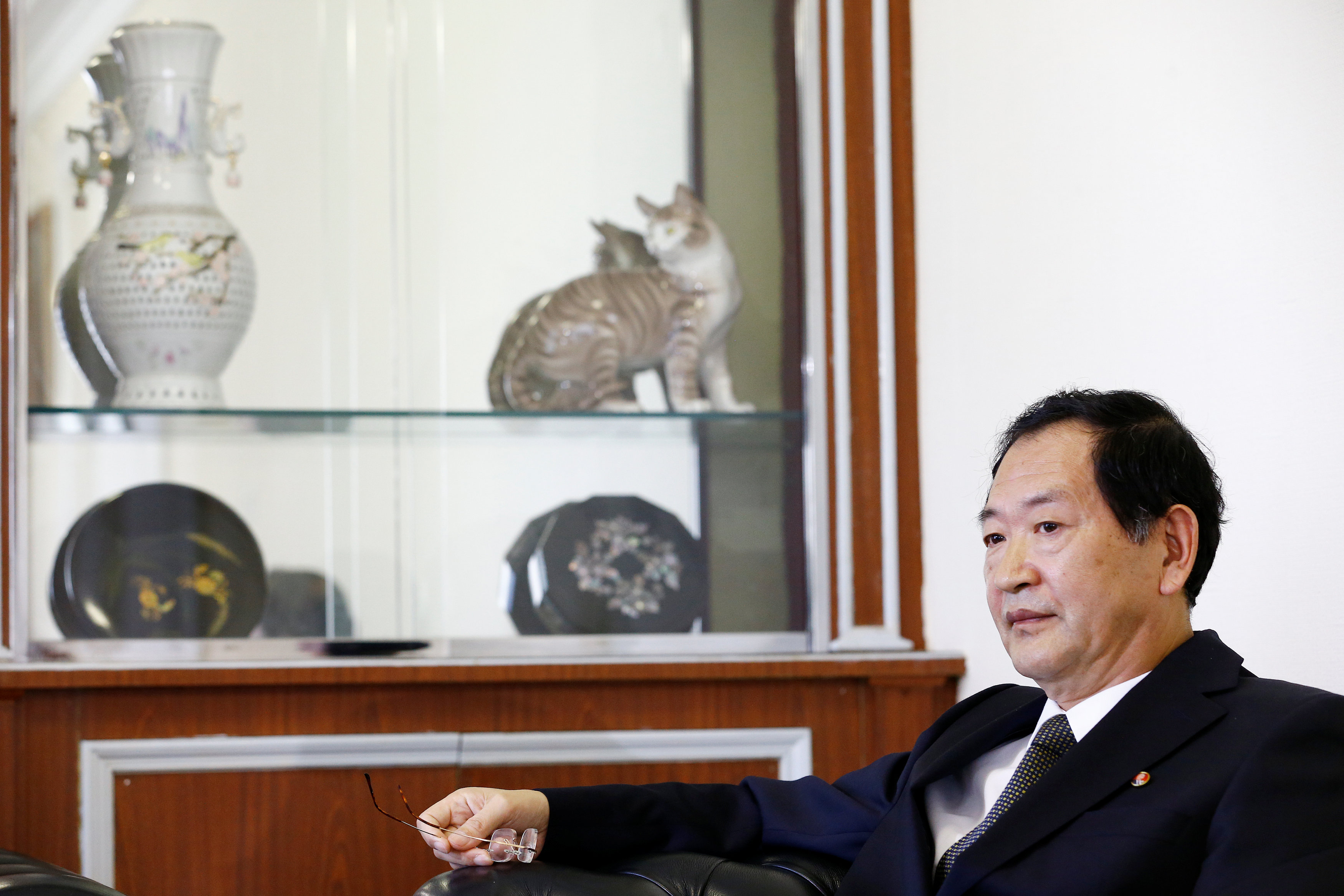 Geneva: A senior North Korean official speaking after the death of a U.S. student held prisoner for 17 months by Pyongyang said on Tuesday his country followed national law and international standards in its treatment of detainees.
Otto Warmbier, 22, died at a hospital in Cincinnati, Ohio on Monday, a week after being released from North Korea in a coma.
Han Tae Song, North Korea's ambassador to the U.N. in Geneva, speaking in his first interview since taking up the post in February, declined to comment specifically about Warmbier's case or the fate of other American, South Korean and Canadian detainees still held by his country.
But he firmly rejected two statements issued last week by Tomas Ojea-Quintana, the U.N. special rapporteur on human rights in North Korea, about detainees and stalled family reunions between Koreans on both sides of the divided peninsula.
"His remarks are unacceptable and distorting realities," Han told Reuters at the Democratic People's Republic of Korea (DPRK) diplomatic mission along Lake Geneva.
Ojea-Quintana had called on Pyongyang on Friday to explain why Warmbier was in a coma when he was returned home after being denied access to legal and consular services.
The U.N. expert said his crime of stealing an item bearing a propaganda slogan seemed "disproportionate" to the 15-year prison term.
"That is what we expected from him. As I said already, he (Ojea-Quintana) is the model servant of the hostile forces," Han said, making clear he was referring to the United States and its allies who conduct joint military exercises regularly along the volatile border.
"We are doing according to our national laws, and according to the international standards," Han said, adding that he was not an expert on detention issues.
Asked about the United States and other countries possibly imposing wider sanctions on North Korea, he replied: "My country has been under sanctions for more than 60 years by Americans.
"I don't know what kind of sanctions they are going to impose on us, but we are not afraid." Ojea-Quintana said that "time is running out" for many elderly Koreans keen to see relatives separated since the 1950-53 war and backed Seoul's proposal to resume them in August.

He said North Korea had demanded the return of 13 North Korean workers "resettled in Seoul", as a precondition to further talks on reunions, halted in October 2015.
"If the issue of the reunion of families is to be resolved properly, the one who is responsible for the unheard-of abduction of DPRK (North Korean) citizens should be brought to international justice...and the South Korean authorities should repatriate the DPRK women abductees to their parents without further delay."
Han said the North Koreans - 12 waitresses and their manager - were young and had not been seen in public since their "abduction" by South Korean agents in China last year.
Seoul says the workers defected in April 2016 and sought asylum.