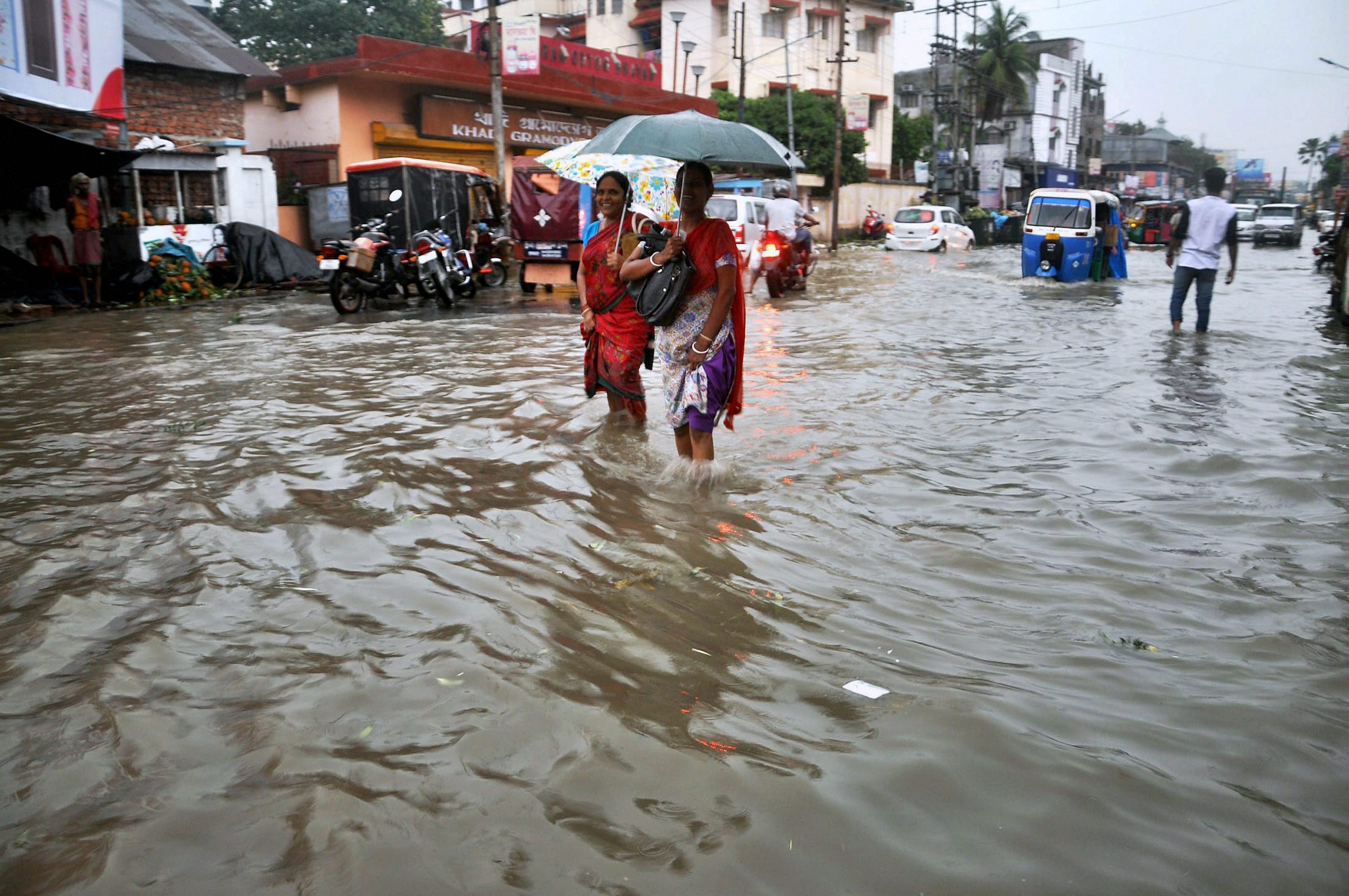 New Delhi: Incessant rains and lightning have claimed nine lives in West Bengal, while about 2,000 people in Tripura have been displaced due to floods triggered by heavy showers.
The flood situation in Assam, Meghalaya and Tripura may take a turn for the worse as the weatherman has predicted more rains in the northeast region. West Bengal, Sikkim, Odisha, Jharkhand, Uttar Pradesh, Uttarakhand, Himachal Pradesh, Jammu and Kashmir and Goa will also receive heavy rains on Wednesday, a MeT department report said.
Heavy rains and lightning claimed at least nine lives in West Bengal. Five deaths occurred in Hooghly, two in East Burdwan and one in North 24 Parganas due to lightning, while one person died in Bankura after falling into a pond.
An upper trough across Bihar, Jharkhand and Gangetic West Bengal is causing heavy rains in Bankura, East and West Burdwan, East and West Midnapore, South and North 24 Parganas and Murshidabad districts, the regional MeT office said.
Bankura, which gauged 18cm of rainfall, was the wettest place in the state. Coochbehar in north Bengal recorded 14 cm of precipitation, he said. In Tripura, a 75-year-old woman was washed away by the heavy current of a swollen river, while 2,000 people were rendered homeless due to floods triggered by incessant rains since Sunday.

As many as 598 relief camps have been set up in West Tripura and Sipahijala to give shelter to the people displaced due to floods. The MeT office said the state received 68mm of rains till 8.30am.
The month of June has gauged 695mm of precipitation against a normal of 421mm. The national capital also had a rain-drenched Tuesday. Ridge area of the city recorded 73.2 mm of rainfall.
The high humidity levels, which touched the 100-per cent mark, caused trouble to the residents on a relatively cooler day. Sharp showers lashed parts of Punjab and Haryana for the second day today, leading to a drop in the mercury. Chandigarh received 46mm of rainfall. Amritsar, Ludhiana, Patiala, Hisar and Karnal were among the places which witnessed rainfall.