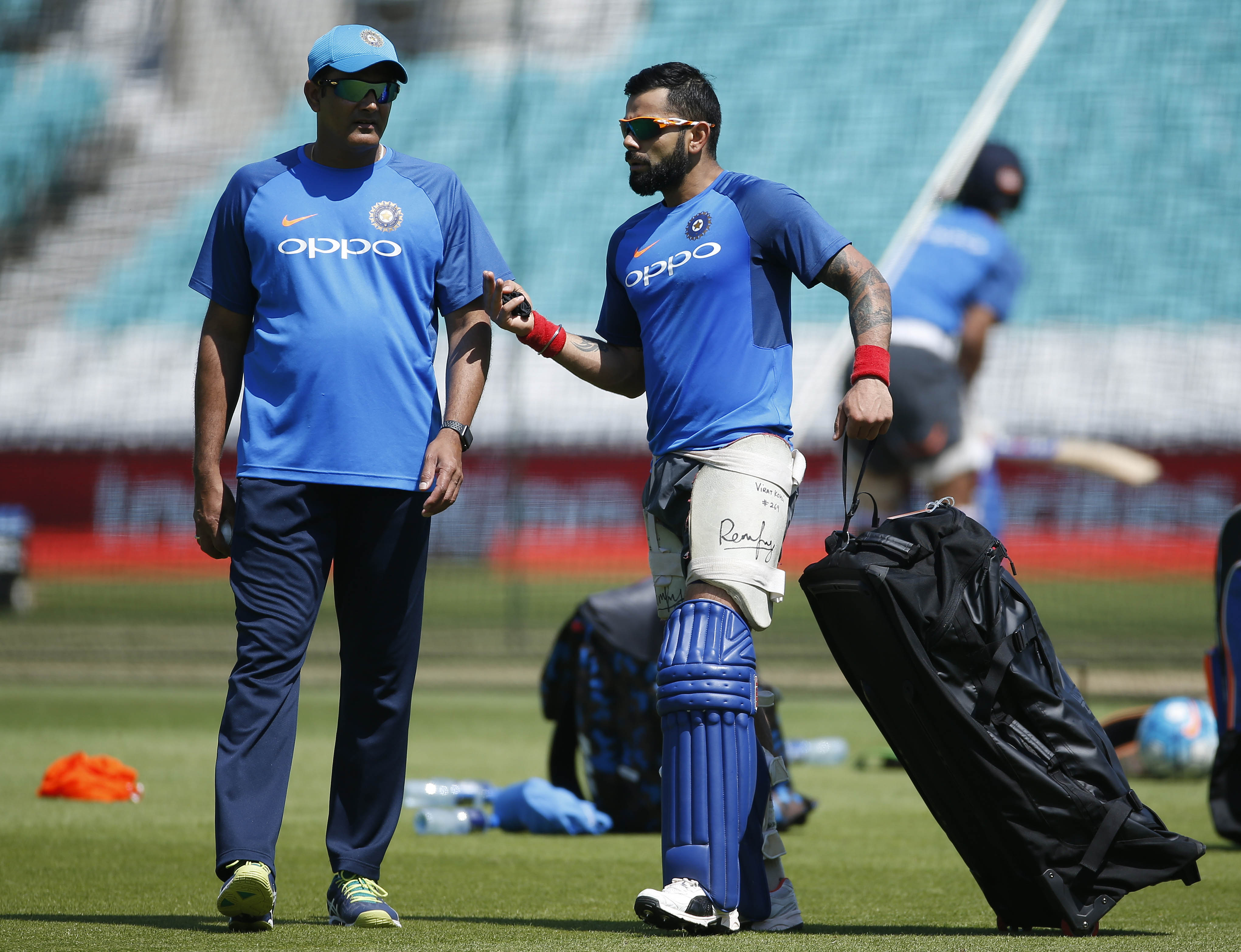 New Delhi: India cricket coach Anil Kumble on Tuesday stepped down from his position after a widely-speculated feud with captain Virat Kohli, marking a bitter end to a highly successful tenure.
“The Board of Control for Cricket in India (BCCI) confirms that Anil Kumble has withdrawn his services as the post of the Head Coach for the Senior India Men’s team,” said the BCCI in a statement.
“While the Cricket Advisory Committee had endorsed an extension to his tenure as Head Coach, Anil Kumble has decided not to continue as the coach,” read the statement further.
Kumble’s decision comes in the wake of reports claiming rifts between him and Kohli, and just two days after India’s embarrassing loss to Pakistan in the Champions Trophy final.
His one year contract expired at the end of the Champions Trophy but he was given the option to travel with the team to the West Indies for the limited overs series beginning on Friday.
However, Kumble decided to stay back in London for the ICC ‘Annual Conference’ as he is the chairman of the Cricket Committee while the Indian team boarded the flight to Barbados.
Kohli had met the BCCI top brass alongwith Kumble in London before leaving for the West Indies on Tuesday. The meeting took place after the high-profile Cricket Advisory Committee (CAC) communicated to the BCCI that it had failed resolve the differences between Kumble and Kohli.
The BCCI had invited fresh applications for the post of head coach days before the start of Champions Trophy.
Kumble was a direct entry into the coach selection process while the others who applied for the post were Virender Sehwag, Tom Moody, Richard Pybus and Lalchand Rajput among others.
On the sidelines of the Champions Trophy in the UK, the CAC comprising Sachin Tendulkar, VVS Laxman and Saurav Ganguly held meetings with Kumble as well as Kohli to sort out the differences between the duo.
It was being widely perceived in the BCCI that in the meeting between Kohli and CAC, the skipper had made it clear that his relationship with the coach had reached a dead end.
It was only the CAC which had picked Kumble as the coach last year. It has been learnt that the committee will soon have a conference call to decide on Kumble’s successor.
Notably, during the entire Champions Trophy, there was hardly any communication between the two during the practice sessions with Kumble mostly keeping to himself or giving some practice to the bowlers.
The team did well under Kumble in the past 12 months, winning Test series in the West Indies (2-0) before winning at home against New Zealand (3-0), England (4-0), Bangladesh (1-0) and Australia (2-1).
The team won eight ODIs and lost five during the 46-year-old’s tenure.
Former India spinner Bishan Bedi tweeted: “Gratitude has obviously been thrown out of the window by whoever raising ‘revolt’ against India’s giant @anilkumble1074! Loser’s Indian Cricket of course!”
Former India opener Aakash Chopra said the situation could have been handled better.
“It (the coach selection process) should have been done after the home season and not just before the Champions Trophy. It could have been handled better but that is how the cookie has crumbled,” he said.
Meanwhile, BCCI acting president CK Khanna and acting secretary Amitabh Choudhary thanked Kumble for his services to the Indian team.
“We wish to place on record our sincere appreciation for the immense contribution by Anil Kumble to the team which enabled India to attain the No. 1 Test position. Indian cricket needs his continued contribution in various capacities and wishes him all the best in his future endeavour,” said Choudhary.