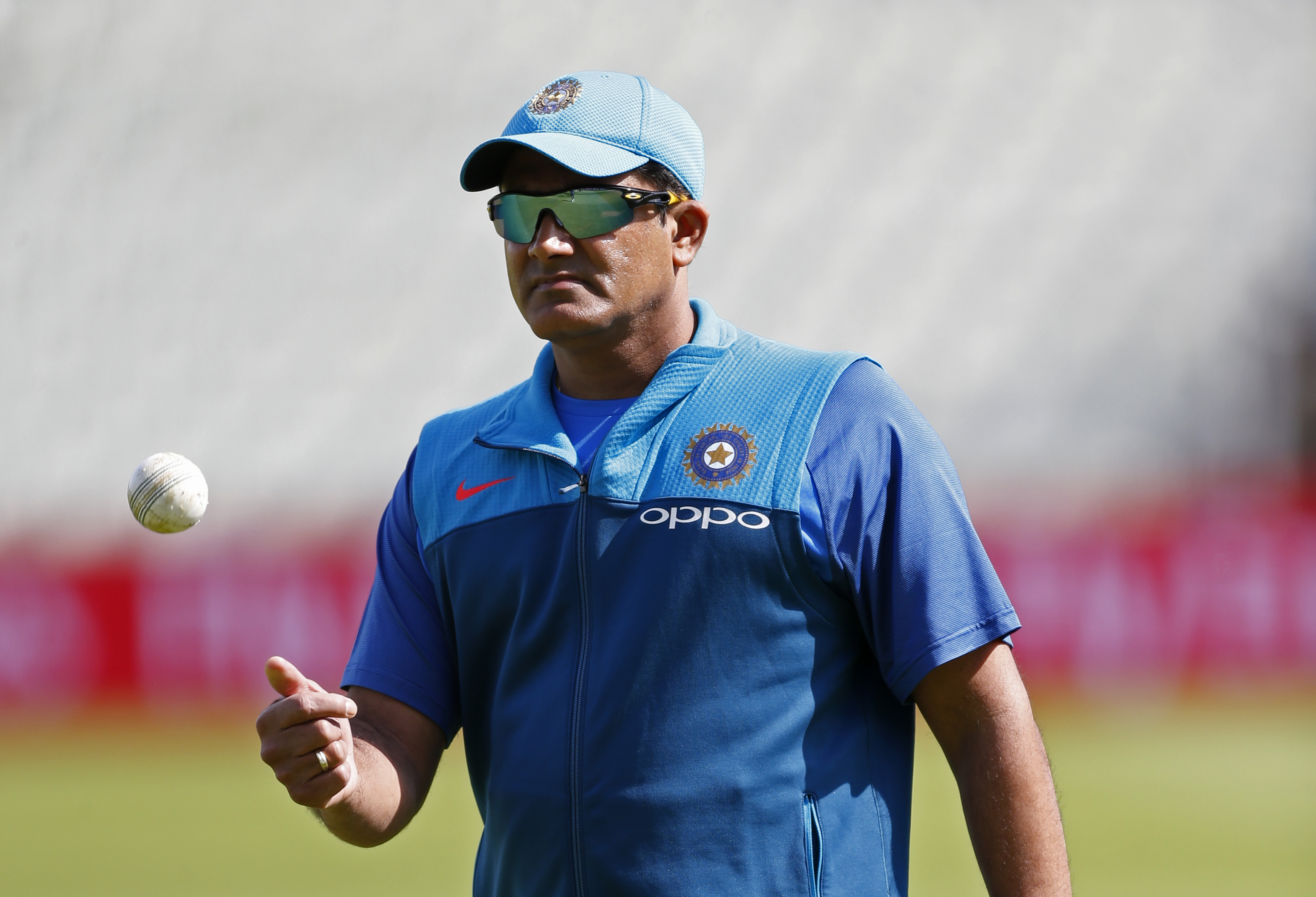 London: In a new twist to his speculated rift with captain Virat Kohli, chief coach Anil Kumble has not accompanied the Indian team to the West Indies for a limited-overs series starting June 23, citing his commitment to an ICC meeting here.
The official reason being given is that Kumble is required to stay back for the ICC 'Annual Conference' as he is the chairman of the Cricket Committee in-charge of taking a call on laws and regulations of the game.
The ICC Annual Conference started will continue till June 23. Kumble's Cricket Committee meeting will be held on June 22.
"Yes, chief coach Anil Kumble is staying back for the ICC Meeting. The team is flying off to Barbados today," a team source confirmed the development without commenting whether he will join the team at all.
It is being widely perceived in the BCCI that in the meeting between Kohli and Cricket Advisory Committee, comprising -- Sachin Tendulkar, Sourav Ganguly and VVS Laxman -- the skipper made it clear that his relationship with the coach has reached a dead end.
BCCI CEO Rahul Johri was not available for comment.
Another BCCI official commented that these are not great signs.
"Funny, the ICC Meeting dates are known for months and so is the West Indies itinerary. You mean Anil didn't know he had to choose between ICC Meeting and the West Indies tour. May be he is finding it too difficult to continue," the official said.
During the entire Champions Trophy, there was hardly any communication between the two during the practice session with chief coach mostly keeping to himself or giving some practice to the bowlers.