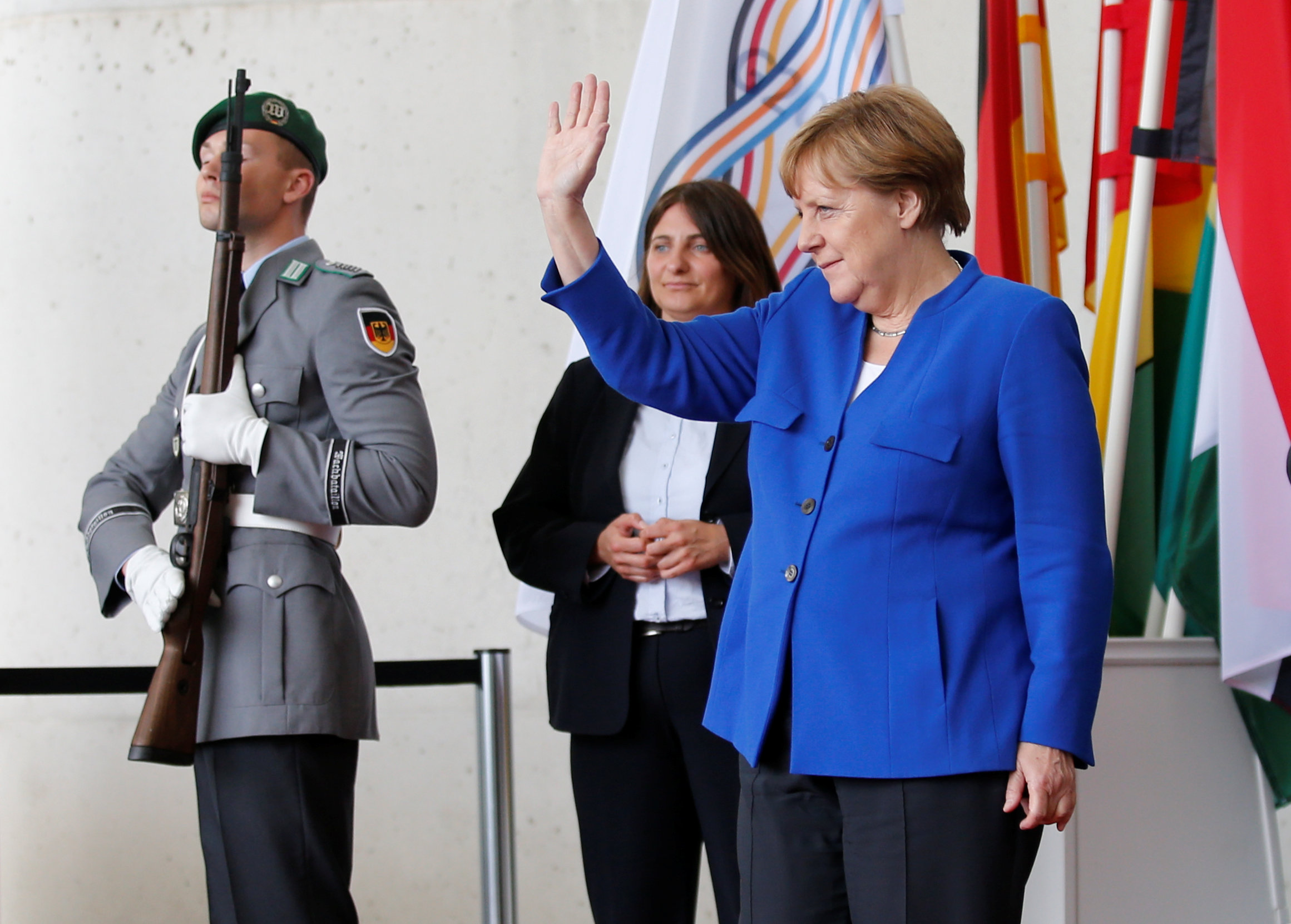 Berlin: German Chancellor Angela Merkel said on Monday that large industrialised countries should be more open to transferring weapons as part of their development aid so African countries can battle militant groups.
Merkel, who has made ties with Africa a centrepiece of Germany's current presidency of the Group of 20 (G20) major economies, said several African leaders had complained to her that they were expected to battle militancy without receiving significant military aid from the West.
"For many years, we felt good when we didn't focus on military equipment ... But we have to be honest - only where security is ensured can development take place," she said at the opening of a G20 conference on Africa in Berlin.
She sketched out plans for a G20 "Compact with Africa" that moves away from past notions of development aid to look instead at opportunities to partner with African countries, many of which boast booming growth rates. "We need a sustainable, inclusive economic development for the whole world," she said.
Economic gains in Africa, where the population is expected to double by 2050, were helped Europe, where a growing number of African migrants are seeking refuge. "We need an initiative that does not talk about Africa, but with Africa," she said.
International Monetary Fund chief Christine Lagarde backed the initiative, citing studies that show Africa needs $100 billion in infrastructure funding and 20 million new jobs a year to deal with projected population growth. "Millions of people could see concrete economic benefits as a result of the plans," she told the conference.

Rwandan Finance Minister Claver Gatete joined other African leaders in welcoming Germany's leadership on the issue. He said his country was implementing reforms but private investors wanted more guarantees before making commitments.
Merkel lauded African countries actively fighting militants in Mali and neighbouring countries and pledged German support for a French plan for the U.N. Security Council to authorise a West African force to combat terrorism and trafficking in the Sahel region.
Germany and France are working on a proposal for European Union funding to help back the African military effort in the Sahel region. But Foreign Minister Sigmar Gabriel, a member of the Social Democratic junior partners in Merkel's coalition, has promised tighter export licensing, especially of light arms.
German arms sales dropped slightly in 2017, but remained at second highest levels on record since 1990. Merkel's statement puts her at odds with the United States, which diplomats say is wary of the French push because it did not want the world body to fund the effort.