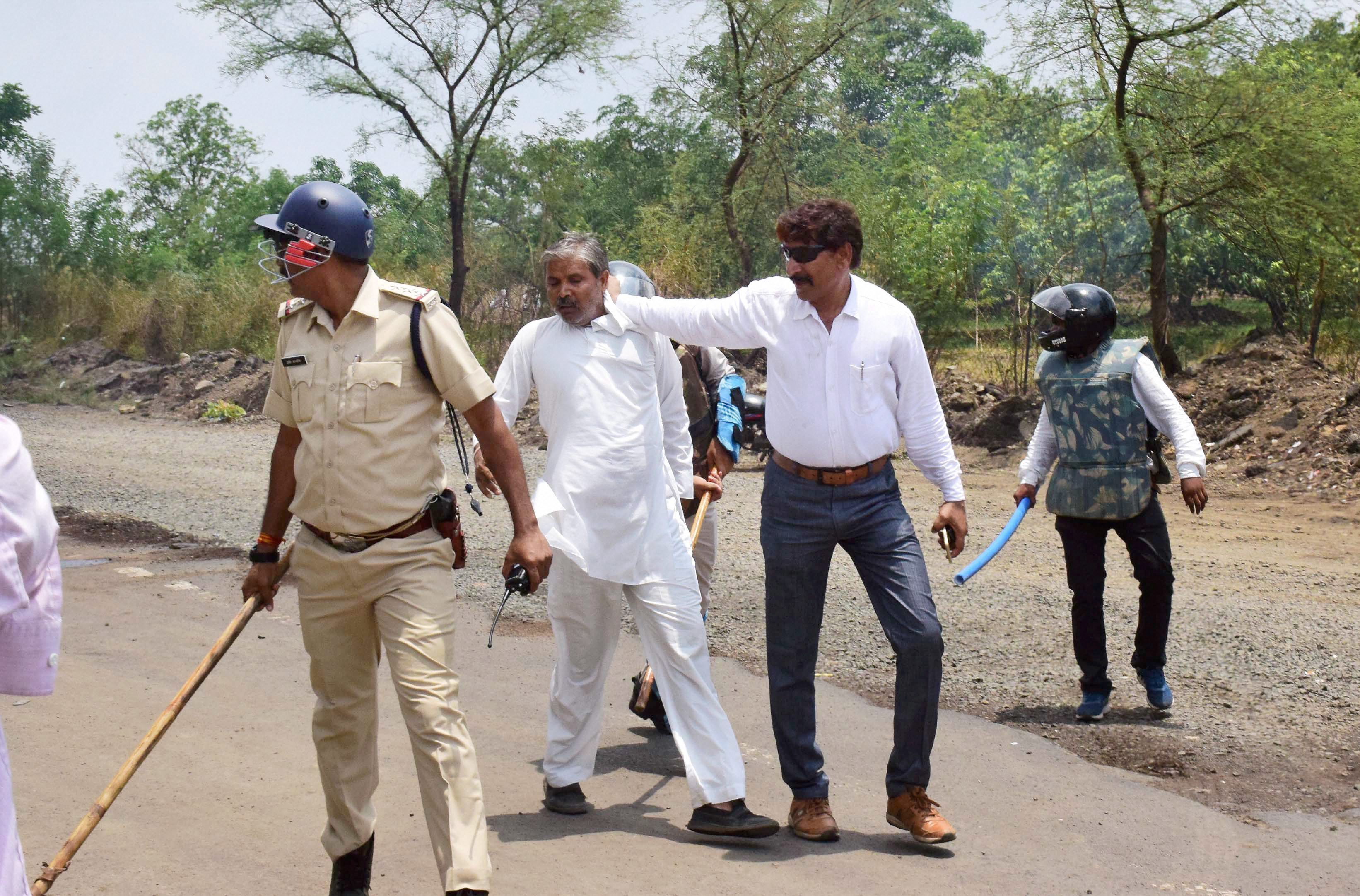 Mandsaur (Madhya Pradesh): Curfew was on Saturday lifted from Mandsaur city as the district, the epicentre of the farmers' agitation in the central Indian state of Madhya Pradesh, remained peaceful though the restrictions on assembly would remain in force.
The district administration also said the Internet services in the district, which were suspended on June 5 after out break of violence, will be restored by Sunday morning. Mandsaur Superintendent of Police Manoj Kumar Singh said the curfew has been lifted from all the three police station areas of the Mandsaur city where it was imposed.
However, prohibitory orders under section CrPC 144, which bans assembly of more than four persons, will remain in force in the district. Demonstrations, protests and rallies will not be allowed in the district, he said. The curfew will remain in Pipliamandi police station area which is 15 km from Mandsaur district headquarters and where five farmers were killed in separate police firings during the agitation.
In a joint press conference here, Collector O. P. Shrivastava said the Internet services will be restored at earliest. But if objectionable or inflammatory content is circulated on social media, the decision would be reconsidered, he added.
When asked about resumption of public transport, the SP said a meeting with bus operators will be held on Sunday in which they will be asked to restore their services. Singh said that security will be provided to bus staffers, petrol pump employees and milkmen so that they can work.
Farmers in the state began protests over low prices for their crops on June 1. The Mandsaur-Neemuch region, about 300 km from the state capital Bhopal, became the nerve centre of the gathering storm of farmer distress. Later, protests spread to some other parts of the state. In Mandsaur, the curfew was imposed after five people were killed in police firing during a farmers' protest on June 6, it was on Saturday relaxed for 12 hours in five police station areas of the district. Their stir turned violent when five persons died in police firing, while six others were injured on Tuesday in Mandsaur district.
Meanwhile, Chief Minister Shivraj Singh Chouhan on Saturday began his indefinite fast at the Dusshera Maidan here for restoration of peace and promised profitable prices to farmers for their produce.