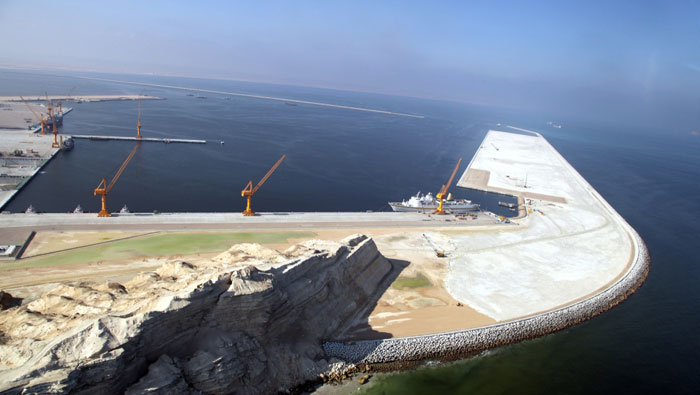 Muscat: Duqm has attracted some $11 billion in investment for various projects, which include a major refinery and a series of industrial ventures by Chinese investors, according to a top official at the Special Economic Zone Authority Duqm (Sezad).
**media[675359]**
The major projects, which are in different stages of planning and implementation, include a 230,000 barrels per day-capacity refinery, a methanol-to-olefin project, a coal-fired power project, an automobile unit, a project for manufacturing solar panels, a five-star hotel, a desalination plant and a sabacic acid unit.
“It (investment attracted to Duqm) was a success. We are also looking at some more projects, including a pharmaceutical company from India.
"At a later stage, we will have a high-end electronic industry (in Duqm). We are in discussion with a medical devices firm (in India). A few Indian companies are also interested in setting up pharmaceutical projects in Duqm,” the Sezad chief said.
“All these projects will help the government's objective to make Duqm a transshipment hub," he added.
The proposed methanol-to-olefin factory plans to produce two major petrochemicals - methanol and olefin - using natural gas as feedstock at Duqm. The project, which has an envisaged capacity of 10 million tonnes per year, is planned by Chinese petrochemicals corporation Mingyuan Holdings Group Co. Sebacic acid, which is used for manufacturing high performance engine oil and lubricants, adhesives, engine coolants, bio-degradable packaging, sub-sea pipe and cable coatings, aerospace polymers, anti-corrosion applications and bio-plastics, is manufactured from castor oil (vegetable oil). The project, which is a 100 per cent export-oriented unit, will have a capacity to produce 30,000 tonnes of Sebacic acid per year and will be commissioned by the end of 2017.
Among the major industrial ventures, the total cost for building the refinery is estimated at $7 billion, while the expected capital expenditure for a methanol-to olefin project is some $2.3 billion.
As many as ten Chinese investors signed land lease agreements with Oman Wanfang in April.
Other projects (especially by Chinese investors) are in the pipeline and agreements have yet to be signed for these ventures, Lee Chee Khian, chief executive officer of Sezad, told Times of Oman.
He noted that additional investment in Duqm would depend upon the availability of natural gas in the special economic zone. “Investors cannot commit billions of dollars without an assurance of natural gas,” Khian said, adding, “If the price of natural gas is high, no one will come. It has to be on par with international prices (to make the projects feasible).” Natural gas production in Oman will get a boost once BP starts production from its Khazzan tight gas project, which is expected to add 1 billion cubic feet of gas per day, startingat the end of the year.
The work to lay pipeline between Saih Nihyada and Duqm for transporting natural gas has already been started by an Egyptian company, which won the contract. Oman Gas Company is responsible for building the 221 km-long pipeline.
In fact, the Oman government has been attempting to attract foreign investment to enhance diversification programmes with a vibrant industrial base, amid a drop in oil revenue. And the Sultanate is pinning hope on attracting sizable foreign investment at Duqm to make it a trans-shipment hub, which will boost economic activity.
Khian also said that the levelling work and internal road construction at the China-Oman Industrial Park have already begun. The conceptual design of the industrial park is also progressing.
Referring to the proposed 350 km-long railway corridor between Al Shuwaymiyah and Duqm, he said that Oman Rail has to conduct a detailed feasibility study on the viability of the project. The company has to also determine the mineral deposits in mining areas, especially daily cargo movements and how long it can be transported to the port. Metallic minerals found in Oman include chromite, copper, gold, silver, manganese, lead, zinc and laterite. Non-metallic minerals include limestone, dolomite, gypsum and silica sand.