Opec ponders how to co-exist with US shale oil 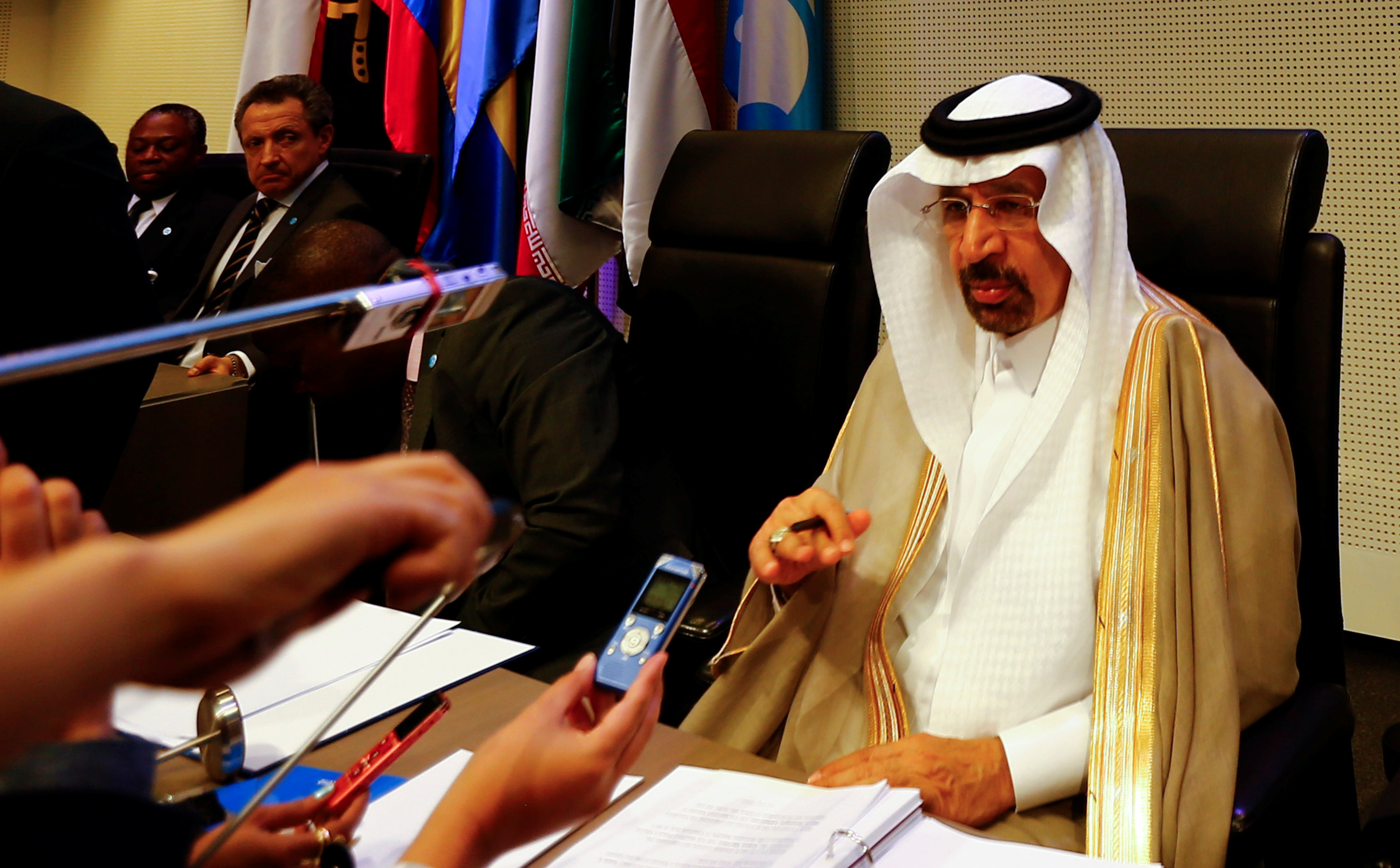 Vienna: First, they ignored each other. Then, they went into a bruising fight. Finally, they are talking, albeit with opposing agendas.
The history of the relationship between Opec and the US shale oil industry has evolved a great deal since the cartel discovered it had a surprise rival emerging in a core market for its oil around five years ago.
US shale bankers came to Vienna this week and Opec is readying a trip for its top officials to Texas in a bid to understand whether the two industries can co-exist or are poised to embark on another major fight in the near future.
"We have to coexist," said Khalid Al Falih, Saudi Arabia's energy minister, who pushed through Opec production cuts in December, reversing Riyadh's previous strategy to pump as much as possible and try to kill off US shale with low oil prices.
Opec and non- Opec countries led by Russia agreed on Thursday to extend oil output curbs by nine months to March 2018, keeping roughly 2 per cent of global production off the market in an attempt to boost prices.
But Opec now realises supply cuts and higher prices only make it easier for the shale industry to deliver higher profit after it found ways of slashing costs when Saudi Arabia turned up the taps three years ago.
In the Permian Basin — the largest US oilfield — Parsley Energy, Diamondback Energy and others are pumping at the fastest rate in years, taking advantage of new technology, low costs and steady oil prices to reap profits at Opec's expense.
Opec's latest calculus acknowledges the global clout of shale but seeks to hinder its growth by keeping just enough supply on the market to hold prices below $60 per barrel.
"All shale companies in the US are small companies," said Noureddine Boutarfa, who represented Algeria at the meeting. "The reality is that at $50 to $60 a barrel, (the US oil industry) can't break beyond 10 million barrels per day."
That is the level many analysts estimate US oil production will reach next year, in what would be a 1 million bpd rise, a staggering jump for an industry marked during 2015 and 2016 by scores of bankruptcies and thousands of layoffs after a two-year price war with Opec.
Still, that extra volume may not be enough to meet rising global demand or offset natural declines in traditional oilfields, which Opec is banking on.
"For all Opec members, $55 (per barrel) and a maximum of $60 is the goal at this stage," said Bijan Zanganeh, Iran's oil minister. "So is that price level not high enough to encourage too much shale? It seems it is good for both."
Some Opec members seem keen to show they have shed any prior naivete about shale, making it a key topic during Thursday's meeting after barely mentioning it before. Shale's limitations, including rising service costs, also were discussed.
"We had a discussion on (shale) and how much that has an impact," said Ecuador Oil Minister Carlos Pérez. "But we have no control over what the US does and it's up to them to decide to continue or not."
Mark Papa, chief executive of Permian oil producer Centennial Resource Development, was asked by Opec delegates to give a presentation on shale's potential last week. He appeared to have played his cards close to his chest.
"In terms of the threat, we still don't know how much (US shale) will be producing in the near future," Nelson Martinez, Venezuela's oil minister said after the talk.
Warning for shale
By the same token, some US shale leaders may also want a better insight into Opec thinking and help Opec understand that shale is not a flash in the pan.
" Opec looks at shale and it scoffs," said Dave Purcell of Tudor, Pickering, Holt & Co, a US shale investment bank that attended the Opec meeting for the first time. "There's a rational scepticism globally, but it misses the mark."
For example, the UAE Energy Minister Suhail bin Mohammed Al Mazroui said he did not believe US oil production would rise by 1 million bpd next year.
Some of Opec's customers are happy to see an alternative. India, the world's third-largest oil consumer, said this week it is looking to the United States for greater supply.
"The new normal has to be accepted," Dharmendra Pradhan, India's energy minister said this week ahead of the Opec meeting.
Opec meets again in November to reconsider output policy. While most in the group now appear to believe that shale has to be accommodated, there are still those in Opec who think another fight is around the corner.
"If we get to a point where we feel frustrated by a deliberate action of shale producers to just sabotage the market, Opec will sit down again and look at what process it is we need to do," said Nigerian Oil Minister Emmanuel Kachikwu.