Switch it up this year on Wall Street: Buy in May, till November stay 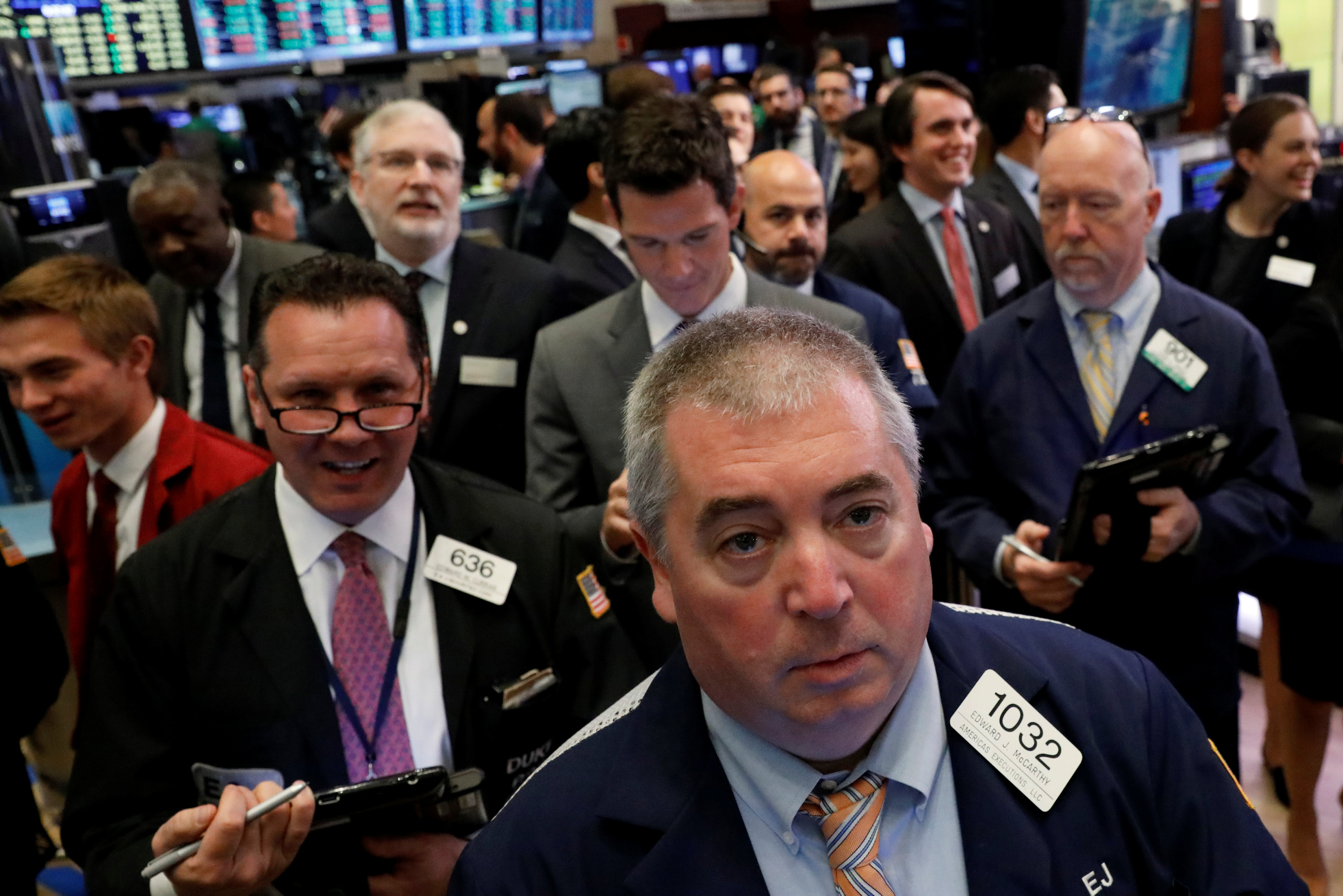 New York: "Sell in May and go away" is perhaps the oldest saw on Wall Street, but it appears there's no shortage of US mutual funds doing exactly that this year.
After all, the S&P 500 has delivered a total return, including reinvested dividends, of 10.8 per cent over the last six months, essentially capturing all of the average rolling 12-month total return on the index since 1990, so why not cash in?
Indeed, political drama and high valuations are clearly driving some investors to take profits. American fund investors have yanked more than $17 billion from US stocks so far this month, data from fund tracker Lipper shows, with some $10.1 billion in withdrawals in the latest week alone, the second biggest outflow for the year.
Some hearty investors, however, stand ready to bet against that flow — and history — and are advocating a buy-in-May approach this year.
"If anything you might want to buy in May and sell in November," said Chris Zaccarelli, Chief Investment Officer at Cornerstone Financial Partners, in Huntersville, North Carolina, who bases his bullishness on the healthy outlook for the global economy rather than expectations for a policy boost from the Trump administration.
While stocks appear to have priced in hope for a Trump stimulus this year, Zaccarelli says his expectations for progress on Trump's agenda in 2017 has recently tumbled to 40/60 from 80/20 because he doesn't see Trump gaining enough support from a severely divided Republican party, which suggests to him that selling will be more opportune a few months down the road.
"If we go the entire year and Washington does nothing, no tax reform, no repatriation, I think there will be a little disappointment," he said. "Ironically enough, the disappointment will be in November or December because people will realize they went the whole year and got nothing done."
Sell-in-May tactic
The sell-in-May tactic has been kicked around Wall Street for decades and is premised on the historic out-performance of the November-May period over the other six months of the year. It works.
In the last 20 years, a $100 investment in the S&P from November through April would have become $343 while a $100 investment in May through October in the same years would have slipped to $98.5, according to Bespoke Investment Group, in Harrison, New York.
From 1928 to 2017 the $100 would have become $4,270 from November through April but would only be worth $257 from investing from May through October, according to Bespoke.
In the summer months "things slow down so you tend to see the chances for a pickup in volatility. That's usually accompanied by weakness in the market," according to Paul Hickey, Co-founder of Bespoke Investment Group, LLC who is not selling now as he still has "a positive view toward equities."
Other factors that can drive a summer lull include a corporate tendency to hold stock-boosting investor meetings early or late in the year, a reduction of over-optimistic analyst estimates around mid-year, and a boost just ahead of the end-of-year holiday shopping season, says Linda Bakhshian, portfolio manager at Federated Investors in Pittsburgh.
John Augustine, Chief Investment Officer at Huntington National Bank in Columbus, Ohio said he is "taking the opposite tack to "sell in May" and moving into US small and mid cap stocks which have underperformed large caps so far this year.
The small cap Russell 2000 index has risen just 1.8 per cent year-to-date compared with 7.8 per cent for the S&P 500, 6.6 per cent for the Dow Jones Industrial Average and 15.3 per cent for Nasdaq Composite.
"To sell we'd need a Fed that's more hawkish than expected mixed with economic data that's weaker than expected. That combination could give us a domestic stock sell off this summer. But markets have discounted that this week based after Fed minutes, thinking the Fed would stay dovish this Summer," said Augustine.