Mwasalat buses to operate until midnight during Ramadan 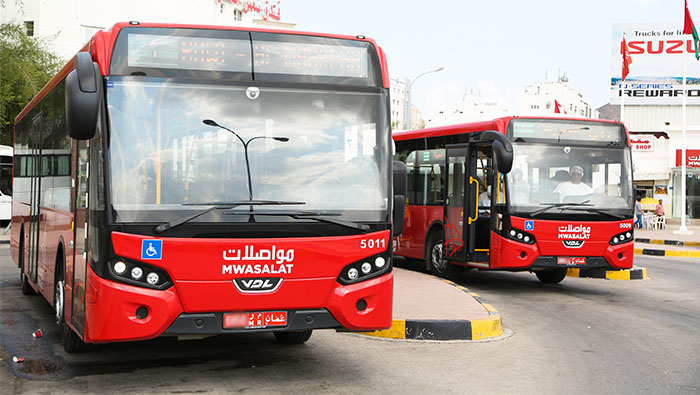 Muscat: Mwasalat buses will operate until midnight during the holy month of Ramadan.
During this time, Mwasalat will also offer an up to 20 per cent of discount on most of its routes, the bus operator announced. The bus trips will start from 6:15 am and end at 12:00 am.
The timings of the Azaiba office hours will be from 8 am to 3 pm in the afternoon, and from 7:30 pm to 11:30 pm throughout the holy month of Ramadan.
Mwasalat urged all citizens to use public transport because of its economic, social and because of its environmental importance for the individual and society.
“Public transport reduces injuries and deaths resulting from traffic accidents. Public transport also helps link social responsibility with the various groups of the elderly, students and people with special needs,” it said on Thursday.
Some 3.7 million passengers had been transported by Mwasalat up until 2016, with an average of 10,000 passengers every day, and 20,000 passengers were transported on Eid Al Adha, according to data revealed by the Ministry of Transport.
Mwasalat also said its government subsidies will come down to 52 per cent by 2021, compared with the current 75 per cent in 2016.
The Sultanate’s transport company will depend mainly on fare revenues by 2021, it was announced today.